The Insurance Renaissance: 6 Minutes of 2016 History

A year of game-changing events and ongoing advancements

Current opinion and analysis on the insurance market from Majesco. Reprinted with permission. VisitÂ here. 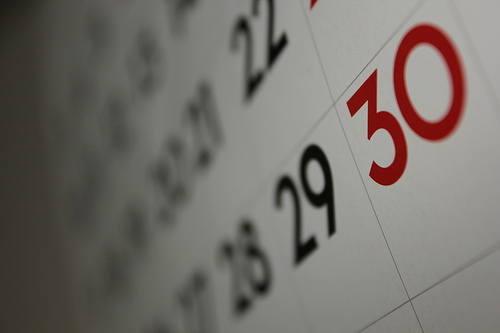 December 23, 2016 — We knew that 2016 would be big. To capture the flavor of the pace and magnitude of change, I wrote a series of blogs where I likened the dramatic shifts in insurance technology to what happened during the original Italian Renaissance, when education, money, art and science combined to create quantum leaps forward and redefined trade and the economy, the social scene and technological advancement.

So here we are at the end of 2016, and I think we can make a case that 2016 was not only pivotal and groundbreaking, but it was historic on the scale of a Renaissance. At no time in the history of insurance can we find one year that includes this many game-changing events AND a rapid pace of ongoing advancement.

My thinking is that if the 525,000 minutes of 2016 were actually historic, then perhaps they deserve their own 6-minute look back. To keep things short, Iâve split the 2016 trends into one-minute discussions.

Do you remember where you were when you first heard the term InsurTech? Its first connotations were regarding those out-in-the-stratosphere ideas from independent tech and insurance startups as an extension of FinTech regarding important-but-not-disruptive ideas in insurance. You may have heard the term InsurTech in 2015, but it certainly went mainstream in 2016 as its own vertical focus separate from FinTech.

Conversations around InsurTech grew, but more importantly the influx of capital that advanced the proliferation of startups and greenfields based on new tech capabilities and business model disruption were unprecedented â bringing InsurTech from its FinTech roots into a completely mainstream, independent, industry-wide wave of innovation.

Many traditional insurers and reinsurers hopped on the InsurTech wave and showed interest in capturing their own slices of the creative pie. From accelerators like the Silicon Valley Insurance Accelerator (SVIA), Global Insurance Accelerator (GIA) and Plug and Play to the first InsurTech Connect meeting in Las Vegas in October with over 1,500 executives in attendance â¦ InsurTech became the âhottestâ thing in the industry, giving insurers of all sizes and lines of business pause to consider their strategies.

Even S&P recognized the impact of InsurTech as having âa complementary place in the traditional insurance world, despite remaining uncertainty in the industry about how it will function on a wide scale.â

The insurance industry may never have had this much activity, excitement and concern on the promise and potential of insurance disruption and reinvention. From the launch of Lemonade, Slice, Haven Life and more insurers and MGAs â¦ the shift is to a customer-centric rather than product-centric view creating a customer experience not unlike the Amazon experience. 2017 will continue to see existing insurers and reinsurers looking to stand up a new brand and business model to capture the next generation of customers and position for growth.

What emerging technologies are we seeing as having made an impact in 2016 with real operational impact? There is Artificial Intelligence (AI) and machine learning. There are new sensors and their ability to capture the unseen aspects of operation and life. Protective technologies in vehicles, property and health are growing. Live streaming data and video from smart phones and drones. Dataâs organizational and visual capabilities are improving with new tools. We could drone on.

But the reality is that the mobile, connected and ethereal digital world is using real-time data to gain insight and manage, reduce or eliminate risk in the physical world to a greater degree than ever before. There used to be âan app for that.â Now thereâs a sensor for everything on the Internet of Things. The world itself is fast-becoming an omni-channel portal into daily life. The distance from âemerging technologyâ to mainstream tech usage is measured in months â¦ not years, shattering Mooreâs Law.

Emerging technologies span a diverse realm for insurers, if you consider that new technology can be worn on a wrist, flown pilotless through the sky, or operate entirely within the digital networks of processors and servers. Itâs no wonder that an Insurance Renaissance is in full swing.

The space age has given way to the digital age, where it seems like anything may be possible â¦ it just takes imagination, creativity and thinking outside the traditional box. Digital technologies have penetrated previously untapped mines of data, allowing machine failure to be predicted and prevented, human risk to be captured and calculated, and insurer risk to be managed, mitigated and eliminated â¦ creating a new value proposition, new products and new services for customers.

Disruption makes use of plug and play ideas and technologies. Traditional insurance organizations were tightly wound balls of string, operating everything within that ball. Connections were immovable. Processes attempted to be neat and tidy, but were always struggling with the âmessinessâ of adaptation. Todayâs InsurTech resembles Legos in its ability to fulfill conceptual opportunities. Imagine a pile of sensors, another pile of devices and a âpileâ of data streams. Then ask yourself the question, âWhat can your mind dream up today?â In 2016, businesses were busing dreaming up enough disruptions to disturb the sleeping giants of insurance.

Slice made a mobile app that integrates with a hybrid homeowner/commercial product. Lemonade used an Artificial Intelligence (AI) bot to act as agent on a peer-to-peer insurance platform. Haven Life (actually launched in 2015, but entered 33 new states in 2016) reconsidered how data streams could improve the life underwriting experience for term life. And then there were new distribution options with companies like Ask Kodiak, Insurify, and policygenius to name a few â¦ deconstructing and redefining the insurance value chain / business model.

The space age has given way to the digital age, where it seems like anything may be possible â¦ it just takes imagination, creativity and thinking outside the traditional box.

Just like building with Legos, there seem to be no end to the combinations of startup and greenfield businesses that can launch using new business models, technologies and great ideas across all aspects of the insurance value chain meeting new customer needs, expectations and demands. This is one area where 2017 will certainly trump 2016 â we may only be seeing the beginning of the innovation wave â but expanding from venture capital backed to existing insurers standing up their own greenfield and startup businesses.

Reinsurers invest in InsurTech and startups

With the reinsurance market having excess capital, reinsurers took big moves to be major players in Insurtech â¦ from investing in technology companies to new startup insurance and MGA businesses. In addition, many are looking at all the disruption around and within insurance and developing, incubating and testing new insurance products to take to market â¦ either directly or through customers or partners.

Consider reinsurerâs investment in Trov, Lemonade, Root and Slice; Munich Reâs investment and focus on mobility and autonomous vehicles; or XL Group and the establishment of XL Innovate, a specialized venture capital fund pursuing investments in financial technology, new opportunities for insurance underwriting, and related analytics, globally. Swiss Re, Hannover Re, Odyssey Re, Maiden Re and others are rapidly making moves as well. Consistently, these investments are in new operational models, new products or meeting new risks â¦ creating a path to underserved or new markets.

As noted in a recent article, all of this InsurTech activity is raising the expectation on the importance of reinsurance capital to support new business models and back technology start-ups. In the process, InsurTech start-ups are looking to disrupt the risk to capital value-chain in insurance by deconstructing and collapsing the value chain, and cutting out primary carriers or brokers, as well as costs, and placing the risk directly with reinsurers, leveraging unused capital.

We expect to see increased activity from reinsurers that will likely begin to look at partnering with existing insurers / customers to collaborate on new products, emerging technologies or standing up a new brand or greenfield â¦ continuing the deconstruction of the traditional insurance value chain.

In 2016, the case for core system platform in the cloud reached the tipping point â¦ from nice to consider to a must have. Its logic has grown as capabilities have improved and cost pressures have increased. Though cost is a consideration and modern functionality is important, rapid industry change is fueling a Renaissance in insurance models. The startup insurer or the greenfield insurance concept needs a system solution built for rapid deployment. New products often need new processes, making cloud capabilities a catalyst for creative product development. Nothing can make an insurer feel more cutting edge than moving from idea to rollout in the short timeframes that cloud solutions provide.

Many insurers are taking advantage of the same Pay-As-You-Use principles as consumers themselves. They are sharing system solutions with cloud-based technology. They are paying as they grow, with agreements that allow them to pay-per-policy or pay based on premiums. They are using data on demand relationships for everything from medical evidence to geographic data and credit scoring. They use technology partners and consultants in an effort to not waste downtime, capital, resources and budgets.

They are rapidly moving to a Pay-As-They-Use world, building Pay-As-They-Need insurance enterprises. This is especially true for greenfields and startups, where a large part of the economic equation is an elegant, pay-as-you-grow technology framework. They can turn that framework into a safe testing ground for innovative concepts without the fear of tremendous loss, while having the ability grow if the concepts are wildly successful. The window of opportunity is open to insurers that wish to prepare their business models, products, processes and systems to embrace the Pay-As-You-Go culture

This makes cloud a nearly-universal solution, fitting the needs of both startups and traditional insurers with plans for growth and expansion. In 2016, cloud became a mainstream option â an imperative for insurers needing a competitive edge.

Perspectives on the Pace of Change

Two weeks ago, the world lost John Glenn, a famous American astronaut and longtime United States Senator. Glenn was born in 1921, only 18 years after the Wright Brothers tested flights at Kitty Hawk. He lived to pilot jets, was the first person to orbit the earth in a spacecraft, then later flew on two Space Shuttle missions at the age of 77. His life is a great example of the growing pace of change â in a world that moved from mechanization to digitization.

Yet as much as changed in Glennâs lifetime, todayâs advancements are eclipsing all of them in pace and disruption. The systems that create knowledge through data and analysis are truly powerful forces that will ignite perpetual improvement and a new world of connected living. Insurance, once concerned with risk management on a large scale, is now focused on learning and understanding risk down to an individual policy-level, with a craving for more knowledge as it becomes available. If 2016 proved to be an Insurance Renaissance fueled by InsurTech, it is very likely that 2017 will provide us with an even greater shift in the midst of an industry rebirth. How much will change? We have all of 2017 to find out!