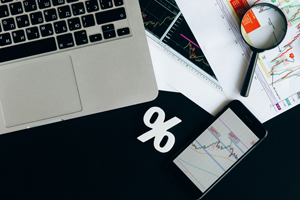 CHICAGO–(BUSINESS WIRE)–Global markets continued their decline during the second quarter of 2022 due to continued high inflation, interest rates hikes, the rising risk of a recession and ongoing political unrest in Europe. The median return for institutional asset owners included in the Northern Trust All Funds Over $100 million plan universe was -9.1% for the quarter ending June 30, 2022.

The Northern Trust Universe tracks the performance of 376 large U.S. institutional investment plans, with a combined asset value of more than $1.3 trillion, which subscribe to performance measurement services as part of Northern Trust’s asset servicing offerings.

âInstitutional investors continue to feel the impact of global events as well as inflation in the U.S. economy,â said Amy Garrigues, global head of Investment Risk and Analytical Services at Northern Trust. âRising global food and energy prices, the ongoing war in Ukraine and Chinaâs inability to curb COVID-19 infection rates have all complicated the hopes for an imminent global recovery. In the U.S., the Federal Reserve accelerated its plan to increase interest rates during the quarter which resulted in a sell-off of stocks from all sectors.â

The Northern Trust U.S. equity program universe median return fell 16.4% for the quarter. The S&P 500 large cap index was down 16.1% during the three-month period. The Fedâs 50 basis point rate increase on May 4 also accelerated selling in the bond market, and the Northern Trust US Fixed Income program universe median return was down -5.0% for the quarter.

The Northern Trust Corporate (ERISA) universe median return for the second quarter was -10.9%, while its one-year return remained in negative territory at -14.6%. The U.S. fixed income asset class remains the largest ERISA plan allocation at a median allocation of 48.7%. It grew 3.0% during the period because of lower equity valuations. The median allocation for U.S. equity was 19.6%.

The Northern Trust Public Funds universe median returned -7.9% in the quarter. As of June 30, the end of the 2022 fiscal year for most U.S. public funds, the median one-year return for plans in the Northern Trust Public Funds universe stood at -7.1%. Public funds have relatively higher equity allocations, with median second quarter allocations to U.S. and international equity at 28.9% and 13.2% respectively. The median exposure to U.S. fixed income for public funds fell 0.5% to 20.7%.

Northern Trust Corporation (Nasdaq: NTRS) is a leading provider of wealth management, asset servicing, asset management and banking to corporations, institutions, affluent families and individuals. Founded in Chicago in 1889, Northern Trust has a global presence with offices in 22 U.S. states and Washington, D.C., and across 23 locations in Canada, Europe, the Middle East and the Asia-Pacific region. As of June 30, 2022, Northern Trust had assets under custody/administration of US$13.7 trillion, and assets under management of US$1.3 trillion. For more than 130 years, Northern Trust has earned distinction as an industry leader for exceptional service, financial expertise, integrity and innovation. Please visit their website or follow them on Twitter.