What signals are they really sending? 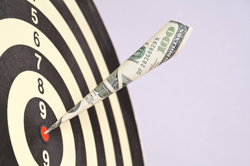 BOCA RATON, Fla., Feb. 14, 2018 /PRNewswire-USNewswire/ — When many people hear the words “Insider Trading,” they automatically assume something illegal is going on, though in fact in the United States there is no law that specifically bars investors from partaking in it.

While some types of insider trading are illegal through interpretation of certain laws, the Securities Act of 1934 says that it can be legal so long as the insiders â defined as “officers, directors or those who hold more than 10 percent of any class of shares in a firm” â report trades by filling out forms as soon as becoming an insider or when carrying out an inside trade. They must report trades on purchase or sale, options, warrants, and convertible securities.

The insiders’ decisions to buy or sell their stock are then interpreted by other investors who try to determine what signals they might be sending.

In ongoing research using a proprietary dataset, my co-authors and I examine insider sales and purchases from the standpoint of transaction size versus holding size. We sifted through 174,097 open market insider sales, open market purchases, and option-related net share acquisitions from over 1.7 million insider filings from June 2003 through April 2017.

Initial results show that, consistent with prior research, insider purchases outperform sells relative to benchmarks, with purchases outperforming more markedly than sells underperform. The research moreover makes a striking observation that even the smallest transactions relative to holding size have strong predictive power. In short, more than the degree of buying or selling relative to holding size, what matters is simply whether an insider bought or sold.

We found that insider purchases outperform insider sales, suggesting that “buys” are more predictive than “sells”. Overall, we found that the evidence for the relationship between transaction-to-holding-size ratio and one-year returns appears weak, further supporting the observation that smaller transactions and larger transactions do not have dramatically different predictive power. Instead, what appears to be important is that the insider conducted a trade.