And where plans exist, net-worth trends much higher 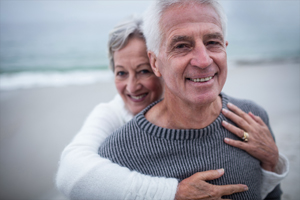 New research by the Employee Benefit Research Institute (EBRI) finds that individual account retirement plan (IA plan) assets have exploded over the past several decadesâbecoming a key financial asset for families that own them.

In particular, at the median, IA assets are the largest share of financial assets for families with heads ages 35-64, incomes of $25,000-$100,000, and net worth between the 25th percentile and 90th percentile.

Specifically, among families that own them, the median proportion of financial assets that IA plan assets represent is:

Consequently, when it comes to policies that may affect them, these plans should be considered carefully,â concludes Copeland.

Trends in Individual Account Retirement Plan
Ownership Employment-based plans are generally categorized as either defined benefit plans (pensionsâtraditional or cash balance) or defined contribution plans (401(k)-type plans). Generally, traditional defined benefit plans provide benefits according to a formula based on the workerâs tenure and salary history, and are not directly affected by the changes in the investment returns of the plan assets. Contributions to these plans are generally made by the employer and in some cases (most notably in the public sector) also by the individual participant. So-called hybrid individual account defined benefit plans, most commonly cash balance plans, provide benefits that are generally based on contributions by the sponsor and a credit rate set by the plan.

By contrast, defined contribution plans provide benefits that are determined by the level of contributions (both from the worker and the employer) and any asset returns on these contributions. Workers not eligible for a plan through employment, and in some cases workers wanting to augment employment-based plans, as well as nonworking spouses, can set up an individual retirement account; and many self-employed workers can establish a Keogh plan to save for retirement.

Employment-based Retirement Plans from Current Employers
In the 2016 SCF, 66.5 percent of all families that had an active participant in an employment-based retirement plan from a current employer were found to have a DC plan only (Figure 2). Furthermore, 16.2 percent of these families had both a DB and DC plan, while 17.2 percent had a DB plan only. Among these families with an active participant, a significant shift occurred from 1992 to 2016; the percentage having a DB plan only decreased from 40.0 percent in 1992 to the 17.2 percent in 2016, which was up from 15.3 percent in 2013. On the other hand, the percentage of those families having a DC plan only surged, rising from 37.5 percent in 1992 to just above 66 percent in 2013 and 2016.

This is a significant change from 1992, when almost all categories were most likely to have had a DB plan only. For instance, in 1992, 57.9 percent of families with heads ages 65-74 had a DB plan only, but in 2016, 57.6 percent of these families had a DC plan only. Defined Contribution Plan Participation Rates of Family Heads Overall, in 2016, 79.4 percent of defined contribution plan eligible family heads chose to participate in the plan (conversely, just over 20 percent of eligible family heads chose not to participate). This was up slightly from 78.7 percent in 2013 (Figure 3).12 A number of demographic differences have persisted over the six survey periods: the increased likelihood of plan participation with higher levels of family income (above $10,000), net worth, and educational attainment. 13 For example, in 2016, the participation rate was just 47.3 percent of family heads with annual family income of $10,000â $24,999, compared with 89.9 percent for those with annual family income of $100,000 or more.

The full report is published in the March 13 Issue Brief, âIndividual Account Retirement Plans: An Analysis of the 2016 Survey of Consumer Finances,â and is available online here.

The Employee Benefit Research Institute is a private, nonpartisan, nonprofit research institute based in Washington, DC, that focuses on health, savings, retirement, and financial security issues. EBRI does not lobby and does not take policy positions. The work of EBRI is made possible by funding from its members and sponsors, which include a broad range of public, private, for-profit and nonprofit organizations. For more information go to www.ebri.org or visit the web site of EBRIâs affiliated American Savings Education Council at www.asec.org.