Individual Account Retirement Plan Ownership Trending Down, but Assets Up

Underlining how well, or how poorly, prepared people are for retirement 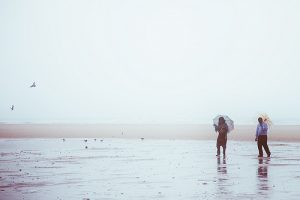 WASHINGTONâWhile the share of families with an individual account retirement plan is ticking down, the assets in those plans are going up, according to a new analysis by the nonpartisan Employee Benefit Research Institute (EBRI).

The EBRI report finds that the percentage of all families with an individual account retirement plan (such as a 401(k) plan or an individual retirement account (IRA)) decreased from 52.8 percent in 2001 to 48.2 percent in 2013, based on the most recent data from the 2013 Survey of Consumer Finances (SCF), the Federal Reserve Boardâs triennial survey of wealth.

The EBRI report focuses on individual-account retirement plans, such as employment-based defined contribution plans (primarily 401(k)s) and individual retirement accounts (IRAs) because they are critically important to the finances of so many American families.

âFor many families, individual account retirement plan savings constitute most of whatever financial assets they have,â said Craig Copeland senior research associate at EBRI and author of the report. âLooking at these accounts is key to understanding how wellâor poorlyâpeople are preparing for retirement.â

Among families owning such plans, the EBRI report notes, individual account retirement plan assets were a clear majority of their total financial assets: 70.3 percent in 2013 at the median, the same share as in 2010. Across all demographic groups, these assets accounted for at least 49.2 percent of median total financial assets (when these accounts were owned).

Copeland added that results of this study do not answer questions about what is needed for retirement, but they do show the continued growing importance of individual account retirement plans. âConsequently, any policy that alters this system could have consequencesâeither positive or negativeâfor Americansâ ability to fund a comfortable retirement,â he said.

Among other findings of the EBRI report:

For many families, individual account retirement plan savings constitute most of whatever financial assets they have

The full report, âIndividual Account Retirement Plans: An Analysis of the 2013 Survey of Consumer Finances,â is published in the November EBRI Issue Brief and is available online at www.ebri.org