Why Is Income Inequality Rising in Rich Countries? 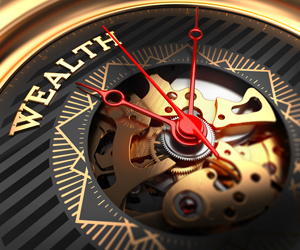 September 21, 2017 —Â LONDON–(BUSINESS WIRE)–Â Citi research in partnership with the Oxford Martin School, University of Oxford have published a new Global Perspectives and Solutions (GPS) report highlighting how inequality has been increasing within the rich countries of the OECD, with potentially far-reaching economic, social and political implications.

Inequality and Prosperity in the Industrialized World: Addressing a Growing Challenge sets out how income inequality has risen in most OECD countries in recent decades. The recession following the global financial crisis has exacerbated this trend in some of the worst-hit countries, while sometimes interrupting it elsewhere. The report investigates the forces driving inequality upwards, highlighting the role of technological change, globalisation, deregulation, declining union power, demographic change and weakening redistribution by taxes and transfers.

It also warns that inequality can undermine economic growth, with evidence that global growth has declined in recent decades while inequalities have risen. Growing inequality can also undermine social trust and social cohesion, and contribute to the degradation of the political process and the rise of populism.

Key areas of analysis include:

âIncreasing inequality must be recognised as central to the experience of rich countries in recent decades, and represents a growing threat to economic progress and societal stability. While tackling inequality effectively will be far from easy, the forces driving inequality upwards are not to be seen as inexorable. Instead, they are amenable to well-designed intervention by governments, especially if they cooperate in long-term strategies to promote inclusive growth. Failure to do so will undermine shared prosperity, social cohesion and democratic processes.â

Increasing inequality must be recognised as central to the experience of rich countries in recent decades, and represents a growing threat to economic progress and societal stability

Andrew Pitt, Global Head of Citi Research writes in the report, âI am very pleased to launch this new research program jointly between Citi Research and our core research partner the Oxford Martin School. Our plan for this research program is ambitious: not only do we aim to generate a consistent series of reports and related events over the coming years on a topic that is increasingly relevant to both the economic and the public policy debate, but we also aim to stimulate a positive engagement between academia, the public sector and the private sector on how best to generate sustainable, inclusive global growth in line with Citiâs mission to be an enabler of growth and progress.â

The GPS report is available online at https://www.citivelocity.com/citigps/

As part of a broader long-term research partnership between the Oxford Martin School and Citi, co-produced GPS reports examine the key global challenges and opportunities of the 21st Century and their implications for business and finance audiences.

This report launches the Oxford Martin Programme on Inequality and Prosperity. Funded by Citi and led by Professor Brian Nolan, this research programme at the University of Oxford focuses on four central themes in order to respond to the various drivers of economic inequality and the ways inequality impacts on growth and prosperity. The programme will directly address current concerns about rising inequality and its impacts; yield important insights into the drivers of increasing inequality and its effects; and identify a coherent set of responses aimed at promoting inclusive growth and prosperity. While primarily focused on OECD countries, it will seek to incorporate key trends in, and implications for, major emerging economies, most importantly China and India.

Citi, the leading global bank, has approximately 200 million customer accounts and does business in more than 160 countries and jurisdictions. Citi provides consumers, corporations, governments and institutions with a broad range of financial products and services, including consumer banking and credit, corporate and investment banking, securities brokerage, transaction services, and wealth management.

About the Oxford Martin School

The Oxford Martin School at the University of Oxford is a world-leading centre of pioneering research that addresses global challenges. We invest in research that cuts across disciplines to tackle a wide range of issues such as climate change, disease and inequality. We support novel, high risk and multidisciplinary projects that may not fit within conventional funding channels. We do this because breaking boundaries can produce results that could dramatically improve the wellbeing of this and future generations. We seek to make an impact by taking new approaches to global problems, through scientific and intellectual discovery, by developing policy recommendations and working with a wide range of stakeholders to translate them into action.

The Institute for New Economic Thinking at the Oxford Martin School (INET Oxford) is a multidisciplinary research institute dedicated to applying leading-edge thinking from the social and physical sciences to global economic challenges.