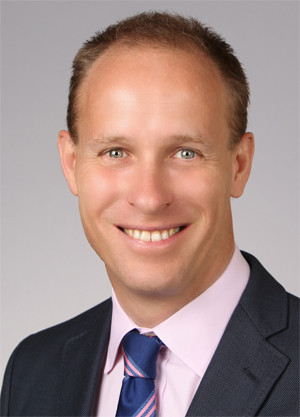 Mr. Kelley is managing editor of Advisor Magazine and L&HA e-newsLink, its daily edition. Connect with him at pkelley@lifehealth.com


LIMRA and the nonprofit Life Happens released in April their 2015 Insurance Barometer Study (IBS), which tracks the perceptions, attitudes, and behaviors of consumers in the United States regarding life insurance. It focuses on consumers’ financial concerns and contains pertinent insights into Americans’ preparedness – or lack thereof – with respect to life insurance.Neil Sprackling is a managing director at SwissRe, in its Armonk NY office. He spoke with LIFE&Health Advisor about the study, adding insight from his company’s research relating to many of the issues raised in the IBS.

L&HA: The Insurance Barometer Study identifies that just over fifty-percent of the population owns life insurance. With that in mind, is the glass half empty or half full?
NS: Like all data, the devil is in the details. So, while the reality is that a good proportion of the population owns life insurance, the more important question is “is it sufficient?” and the answer is no. A lot people have some sort of cover from their employers, often through group insurance, but these policies usually have very modest death-benefit amounts. When you measure it from this perspective, suddenly the glass appears half empty.

L&HA: Is this the crux of the report, essentially an underinsurance phenomenon?
NS: The report identifies clearly, and from a global point of view, what we call the protection-gap. This is, essentially, a measure of what average consumers need and what they actually have. Our research from a couple of years ago revealed that the average American family, with incomes between $40,000 and $100,000, is under-insured at about $400,000. If we are to be candid, as an industry, we can say that we should have done a much better job of closing this gap. Now, we have a great opportunity to begin to do precisely that.

L&HA: From a demographic standpoint, where are we succeeding and where are we failing to adequately penetrate the market?
NS: We’ve done a good job in the upper end, the high-net-worth segment, where coverage levels are much higher, and much more adequate. However, when you go into the vast middle-market, where we meet the majority of the population, and which accounts for some 50 million people, the coverage levels are very very low.

L&HA: Is there a measurable difference in perception regarding the need for life insurance between the generations: Boomers, Gen-X, Gen-Y, Millennials?
NS: I don’t think that comes through specifically in the IBS itself. However, as an industry, we don’t do a very good job of tailoring our products and services to these demographics. We tend to ‘shoe-horn’ everybody into the same type of box. It is significant to understand that 51percent of consumers think life insurance is for burial and final expense. When you read this you intuitively think it is coming from older people, but it isn’t. It’s coming from a very wide age-range. This highlights a fundamental misunderstanding about why people think they should buy life insurance in the first place, and it affirms the notion that we do not do a very good job of really explaining it.

L&HA: Well, we’ve explained it fairly well to 50 percent of them, haven’t we?
NS: Of course we have. However, our research suggests that people do not always respond to the same motivations to buy that we have traditionally embraced: marriage, the birth of a child or the purchase of a home. Insurers for years have always presumed these trigger points to be the essential benchmarks, and in many, many instances they are.

By contrast, when we considered this from more of a behavioral or attitudinal perspective, instead of a demographic one, we discovered a large segment of consumers, from across all demographics, who said that these trigger-points actually did nothing for them at all: gender, income, young and old alike.

we have to consider other criteria, from the consumerâs point of view, when targeting our products toward them. In our research, we found that about a quarter of the population fell into a category that we referred to as âthe curious and accountable.â

We began to realize that they were asking us “…how much have you taken into account our attitudes toward risk, rather than how old I am, how much I earn or how many dependents I have?”

L&HA: What does this tell you?
NS: Clearly, that we have to consider other criteria, from the consumer’s point of view, when targeting our products toward them. In our research, we found that about a quarter of the population fell into a category that we referred to as ‘the curious and accountable.’ They want to know how they stack-up against people their own age. While the IBS presents a more classic demographic approach to the market, our research begins to look deeper into new attitudes and behaviors that are emerging today.

L&HA: The IBS identifies the ‘protection gap’ as $21 trillion. That is an astounding number, but how do you make that number meaningful to the average consumer?
NS: It is a big number, and when you first hear it you don’t even know how many zeroes to put after it. But most consumers will respond with ‘so what?’ It sounds big and scary, but in truth it is a number that is more important to the industry, as an aggregate problem, than to the average consumer.

It only becomes relevant to them when you break it down: the average American family is underinsured by $378,000. Here again, an opportunity is staring us right in the face. We may never close the gap entirely, but what if we closed it by only ten percent? That puts another $2.1 trillion of cover in place across the market.

L&HA: So, is the conversation changing?
NS: It bears repeating that advisors, agents and brokers have done a very good job thus far. The problem, however, is that we have typically sold into the more affluent, wealthy segments while overlooking the broader, middle-market. These are the people who need $250,000 or $300,000 of cover, and not $1 million or $2 million.

The economics of the industry have not made that an attractive prospect for the typical intermediary. We are architects of our own problems to some degree. So yes, in a number of ways the conversation has to change. It is becoming clear in other industries, and slowly beginning in ours, that consumers want to interact in different ways, compared to how they have in the past.

Many will no longer want to sit down in front of an individual, preferring to interact online. With the advent of the consumer having more and more access to his or her own personal data, with a greater ability to store that information, new innovations, such as wearable technologies, open incredible possibilities with regard to how we can interact with our customers and how we can gather and share data securely with them.

For the life insurance industry, this has immediate possibilities for the application and underwriting process and policy turnaround, especially for that middle-market segment. At the very least it gets them into the game, providing new entry points for a segment that had always been difficult for the industry to effective access, and equally difficult for advisors to efficiently service.

L&HA: Now all they’ll have to do is tap their Apple Watch?
NS: Some people ask if technology sounds the death knell for the advisory channel, which couldn’t be further from the truth. We think that this will become a reality in this industry (it already has in others) but that it will operate along side existing advisor channels. In effect, it will at least provide traditional advisors new tools to serve their clientele and perhaps even help to close the protection gap by providing new access points for more and more consumers.

L&HA There is an old adage: Life insurance is not purchased, it is sold. Is this still true?
NS: There’s some absolute truth in it, but it is definitely changing. It underlines the need to have someone there to guide you along to making a decision to purchase. However, with term insurance at its lowest historical costs, consumers still don’t understand what life insurance really costs, and in fact continue to over-estimate its cost. Why? Because they are massively underestimating the benefits being provided. That is where we need to improve our message to consumers. ♦