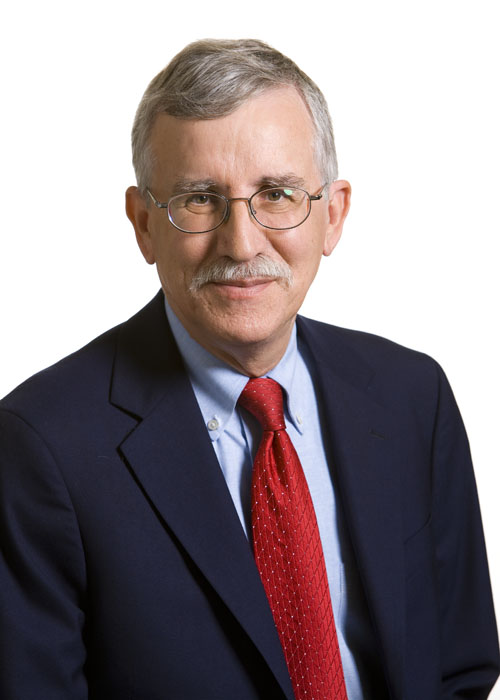 David John is the Senior Research Fellow in Retirement Security and Financial Institutions for the Thomas A. Roe Institute for Economic Policy at the Heritage Foundation, a public policy research institute. We talked with John about the urgent need for Americans to save more for retirement and retirement saving reforms that will enable workers to do so.

L&HA: Americansâ ability to build a safe retirement is at risk. What factors contribute to this problem?
DJ: Social Security is under-funded and wonât be able to pay all promised benefits without significant changes. Even if it were completely funded, Social Security would provide an average-income individual with less than half of what she or he needs in retirement. Traditional defined benefit pension plans have pretty much disappeared from private sector employers and are gradually being reformed for public sector employees.

L&HA: What about the exiting 401(k)/IRA system?
DJ: The 401(k)/IRA system has worked fairly well but needs to be improved substantially before it meets the needs of most future retirees. Roughly half the workforce works for an employer who offers a retirement savings plan. Employers that offer automatic enrollment are much more likely to bring people into the retirement savings system earlier, and these people are much more likely to have some level of retirement savings. When the Pension Protection Act of 2006 was passed the basic enrollment level, the payroll deduction, was set at 3 percent of income. Many people assume this is all they need to do. We need to increase the basic enrollment level and encourage people to go beyond.

L&HA: What about lifetime income options?
DJ: Emphasis has been on gross savings, so people are reluctant to convert a significant amount of their savings into a guaranteed income product. Many retirees in their 60 assume that this comparatively huge pot of money they have put aside is more than enough, but by their 70s they recognize that itâs really not that much at all. We need to encourage people to convert a significant portion of their retirement savings into something like an annuity so they wonât outlive their savings. I hope to see tremendous innovation within the insurance industry and its competitors to make guaranteed lifetime income products more available, more responsive to specific needs, and cheaper.

L&HA: People who have worked hard are nervous about putting their retirement savings with any company for 10, 20 or more years.
DJ: In the Retirement Security Project, Bill Gale and I are proposing some level of backup, similar to an FDIC seal, to ensure that if people have put their money into a guaranteed lifetime income product and the company runs into financial difficulties at least some part of their monthly retirement income has protection.

L&HA: Many of todayâs workers did not grow up watching their parents put aside significant savings for retirement because their parents had pensions.
DJ: We need comprehensive financial literacy policy in schools so high school and college graduates understand their responsibilities and what they need to do. We also need practical training in the workplace and automatic enrollment mechanisms that enable people to get a head start without having to make complex decisions.

Emphasis has been on gross savings, so people are reluctant to convert a significant amount of their savings into a guaranteed income product. Many retirees in their 60 assume that this comparatively huge pot of money they have put aside is more than enough, but by their 70s they recognize that itâs really not that much at all

L&HA: How could we improve participation?
DJ: My colleague Mark Iwry and I developed the Automatic IRA that takes the existing IRA structure that Americans have known for several decades and the automatic enrollment mechanisms that have been proven to work and combines them in a simple, easy-to-understand retirement savings system aimed at small businesses, predominantly where people who lack the ability to save at work are employed. The Automatic IRA has had bipartisan support. Itâs not an ideological issue; itâs a simple, practical method that would change the proportion of workers who have the ability to save at their employment from about 50 percent to about 90 percent of the workforce.

L&HA: What about the increasing numbers of self-employed workers?
DJ: The significant percentage of the population who are independent contractors or self-employed need a direct-debit retirement savings plan. One of the strengths of the IRA/401(k) system is that itâs possible to transfer retirement savings from an IRA to a 401(k) and then back to an IRA if an individualâs employment situation changes. This is something financial planners can facilitate and encourage. The Automatic IRA is set up so any employer with more than ten employees would be required to offer this savings mechanism. The United Kingdom has established a new auto-enrollment, workplace pension system called NEST, National Employment Savings Trust that we should watch as a possible model.

L&HA: What about retirement savings of the future?
DJ: One of the beauties of the American financial services system is that we see constant improvement over time. I expect it wonât be too long before we have a next generation of target date funds that are better at meeting their goals and less expensive. In polling and studies we have seen that people understand they need to save. What they donât understand is how to do it and when. Thatâs the value of automatic mechanisms â enrollment and escalation.

Thereâs a group I work with, a combination of my Retirement Security Project, FINRA the private sector regulator, and AARP, called Retirement Made Simpler. We found that huge majorities of employees who are auto-enrolled and stayed in as well as those who opted out support auto-enrollment as a mechanism. Eighty-five percent said they started saving for retirement sooner than they would have otherwise. We need to expand its use.

L&HA: Could you comment on the year that is drawing to a close and what you hope for in 2013?
DJ: Legislatively 2012 was the year when nothing happened. Congress failed to take any action to improve retirement savings. The Departments of Treasury and Labor took positive steps to ease the regulatory burdens of offering lifetime income products to individuals, and we saw a gradually recovering economy that put some people back into a position where they can save. Yet we havenât grappled with the major problems. Much like the leaky roof, the longer you wait the more expensive and bigger the changes that will be required. Congress will act when people point out that retirement savings is a serious issue and they insist on answers rather than slogans.