Study: Over 70% of affluent, next-gen donors are already engaged

Fidelity Charitable donors have $856 million in impact assets at the end of Q1 2018, a 110% increase from the prior year 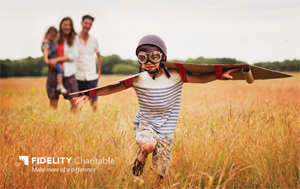 June 12, 2018 —Â BOSTON–(BUSINESS WIRE)–Over 70% of Millennials and Gen-Xers have made an impact investment versus just 30% of Baby Boomer and older investors, according to a study released today by Fidelity Charitable, an independent public charity and the nationâs second-largest grantmaker. Considering the increased investing power of these generations as they build their wealth, this generational gap suggests a massive influx of investors who will prioritize a mission-based approach. âImpact Investing: A Tipping Point?â explores the coming wave of investors who are seeking to align their values with their investments and are hungry for education.

Impact investing is the act of purposefully making investments that help achieve certain social and environmental benefits while generating financial returns. Fidelity Charitable donors have been representative of the trend, increasing donor advised fund assets invested for impact to $856 million at the end of the first quarter in 2018, a 110% increase from the prior year. In response to this demand from donors, Fidelity Charitable also announced a broadening of its impact investment capabilities, including launching three new impact investing pools and the expansion of its recoverable grants program.

âOur donors are increasingly interested in impact investing and the ability to align their investments with their broad philanthropic goals,â said Pam Norley, president of Fidelity Charitable. âWe strive to grow philanthropy by providing programs that make charitable giving accessible, simple and effective. In meeting that mission, we empower our donors to maximize the impact throughout the journey of their charitable supportâfrom the moment they consider making a gift, through its investment and, finally, when it is granted out to a nonprofit.â

Generational Impact Investing by the Numbers

A large majority of affluent Millennial (77%) and Generation X donors (72%) indicated they had made some form of impact investment. This compares with just 30% of affluent donors from the Baby Boomer and older generations.

Investors were most interested in investing in public companies with good environmental or social practices, either by investing directly (58%), or through exchange-traded funds or mutual funds (56%). However, they also indicated a strong interest in investing in small business/start-ups with strong social or environmental practices (48%), venture capital or private funds focused on this category (45%) and in making loans to charitable organizations (42%).

Additional impact investing options are available to donors with more complex needs in the Private Donor Group at Fidelity Charitable or those utilizing the Charitable Investment Advisor Program (CIAP). These donors can recommend investments in a broader set of sustainable mutual funds, ETFs, and fixed-income products. Some of these donors may also consider recommending investments in impact-oriented private equity or venture capital funds.

âA common misconception is that impact investing requires sacrificing investment performance,â said Sarah Gelfand, director of Donor Programs at Fidelity Charitable. âThis has been debunked by numerous studies, and companies that have embraced practices that are good for society have been demonstrated to exhibit lower financial risk. Recommending impact investments within a donor-advised fund is a way to support those companies while creating additional dollars for charity. We strongly believe impact investing can be an amplifier for a donorâs philanthropy.â

Highlights from the Study Include:

Fidelity Charitable is an independent public charity that has helped donors support more than 255,000 nonprofit organizations with more than $30 billion in grants. Established in 1991, Fidelity Charitable launched the first national donor-advised fund program. The mission of the organization is to grow the American tradition of philanthropy by providing programs that make charitable giving accessible, simple and effective. For more information about Fidelity Charitable, visit https://www.fidelitycharitable.org.