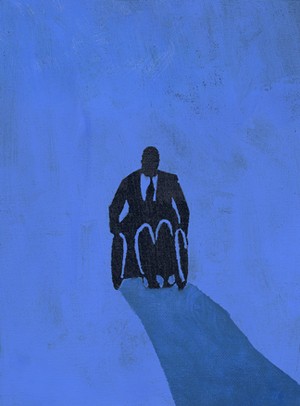 Mr. Perrigo is the Vice President of National Accounts and Consulting for Allsup.

Recent administrative changes to the Social Security Disability Insurance (SSDI) program could impose significant financial hardships both for individuals with disabilities and the long-term disability (LTD) insurance carriers that help protect their livelihoods. In 2018, Congress appropriated more funding to tackle the enormous backlog of SSDI claims, leading to an improvement in the length of time applicants waited for a hearing on their benefits.

However, the Social Security Administration (SSA) now predicts that improvement has plateaued, and it can still take 18 months for a case to be revisited after it is initially denied. In addition, claimants who applied for SSDI benefits even just five years ago will encounter a significantly different federal program, reshaped by SSAâs regulatory profusion in recent years.
Dozens of field offices have closed nationwide, the appeals process carries more obstacles, and even when individuals are approved for benefits, backlogs extend to the payment processing centers. As a result, initial applications have declined by almost 30 percent since 2010, Social Security disability hearing approval rates have declined from 62% to 45%, and numerous former workers with acquired disabilities are deprived of vital income, financial stability and return to work prospects.

Benefits are being withheld from and delayed for more individuals. To cover this income gap, individuals without LTD insurance may end up draining their retirement savings, racking up credit card debt, and even facing foreclosure or bankruptcy. According to a 2017 report by the U.S. Census Bureauâs Center for Economic Studies, approximately 25 percent of more than 10 million bankruptcy filings between 2001 and 2009 were linked to disability.

Recognizing the need to keep improving in a resource-constrained environment, SSA has rolled out a number of program changes that it claims are intended to further reduce wait times for deserving beneficiaries. Following is a selection from numerous changes that SSA has recently proposed and enacted. Unfortunately, the cumulative effect of these changes is likely to be negative, with impacts both for current and former workers and private disability insurers, whose plans coordinate with the SSDI program.

One of the latest SSA policy proposals is to remove disability applicantsâ right to choose an in-person hearing before an administrative law judge under the guise of improving efficiency. However, data show there is a real effect from the use of video hearings due to a lower quality of interaction and information transmission among the parties involved: claimant, representative, judge and witnesses. There appears to be a correlation between these lower caliber video hearings and a 6% reduction in benefits approved, simply due to the obstacles presented by screens.

Another change is a requirement now in effect that applicants submit all medical evidence that ârelates toâ their disability. Especially if they are not a medical professional, it can be difficult and costly for individuals to obtain records, as well as determine what information is or is not relevant. As a result, many err on the side of caution and submit much more paperwork that is needed â in some cases, thousands of pages â and at potential cost of hundreds of dollars.

This excessive paperwork adds to the burden of SSA staff reviewing claims. There simply arenât enough SSA judges and administrative workers to handle the mounting number of existing and incoming claims. Since 2004, there have been more than 2 million applications received at SSA field offices annually, yet field offices continue to close. Forcing the SSAâs already too-small staff to sift through hundreds or even thousands of irrelevant documents accomplishes the opposite of what the SSA stated the requirement would do.

The SSA has also changed how the appeals decision-makers, administrative law judges (ALJs), prioritize disability claim information. ALJs used to be told to more seriously consider evidence that comes from an applicantâs treating physician. This makes sense as a treating physician is often more familiar with a personâs medical case than a state agencyâs examiner or medical consultant. However, a new change by SSA allows that treating physicians no longer have the most âcontrolling weight,â and that they be considered equally alongside contributions from a consultative examiner or medical consultant â even though individualsâ interactions with the latter are often brief or only involve a single review of the personâs paper file. A Tennessean story recently cited just 12 minutes being spent per case review.

Though these regulations and policies may have been dreamed up with the best of intentions, the SSAâs changes have only further complicated and impeded more former workersâ ability to access the benefits theyâve paid for throughout their working careers...

However, the biggest change by far involves the reinstitution of a step in the application process in 10 states where it was previously jettisoned. As of Jan. 1, 2019, âReconsideration,â during which time another reviewer offers a second opinion on an application that is initially denied, was reinstated in five of those 10 states. The remaining five states will see this new appeal level reinstated by June 26, 2020. Once that happens, all of our nationâs SSDI applicants who are denied by the first reviewer will have to wait an average four to six months for a reconsideration of their application.

The agency has correctly indicated that reconsideration will speed up the approval process for some applicants by preventing them from having to go through the lengthy hearing process. However, the first, and perhaps most obvious, flaw is that it will require more work from already understaffed offices. This extra step will drive demand for more workers to help process claims, which is why the SSA has decided to hire and train Disability Determination Services (DDS) staff in each of these states. Proper training takes time, and depending on when current employees came on board, some may be completely unfamiliar with this appeal process â the practice may not have been in place when they were hired.

Reconsideration could largely revolutionize how these statesâ field offices operate, and therefore slow the rate at which applications are reviewed, especially during early stages of implementation.

Another negative aspect of reconsideration is that itâs typically ineffective. The second reviewer usually reiterates the first decision, so the reconsideration process simply tacks on more time and ultimately achieves the same end result. In 2016, the reconsideration allowance rate for individuals with disabilities was only 9.2 percent, according to the 2017 Annual Statistical Report on the Social Security Disability Insurance Program.

After waiting all these months to get not just one, but two denials, applicants must spend additional time waiting to have their case heard before a judge. One positive change: SSA now gives people a 75-day versus 20-day notice of their hearing date. But, they also now require that any extra evidence be submitted at least five business days before their hearing, limiting SSDI applicantsâ ability to bring evidence with them on the day of their hearing. Though this may seem reasonable, patients canât control how quickly medical professionals find, copy and send the information they need. Itâs hard enough for SSDI applicants to gather tons of expensive, supplemental evidence just in time for their hearing date, and this bumped-up deadline not only makes this challenge even more difficult, the limits on providing crucial medical evidence increases their odds of being denied.

There are some exceptions, but if evidence isnât submitted five days in advance, a judge doesnât have to take it into account. So, after patiently waiting approximately three years or longer (through multiple appeals), most SSDI applicants who donât meet this deadline will be denied one more time because they arenât able to submit a judge with last-minute, potentially game-changing information. They wonât be able to get the SSDI benefits they desperately need, and LTD insurance will be necessary to fill the gap of financial support for former workers.

Best Intentions Only Complicate The Processâ¦

Though these regulations and policies may have been dreamed up with the best of intentions, the SSAâs changes have only further complicated and impeded more former workersâ ability to access the benefits theyâve paid for throughout their working careers. Wait times are likely to remain lengthy, fewer individuals will be able to access this critical insurance program, and LTD insurance is likely to feel the effects â possibly becoming even less accessible to the average worker. The more difficult it becomes for individuals with acquired disabilities to receive SSDI benefits, the more difficult it will be for them to reach financial stability and the more complicated benefits coordination becomes for LTD carriers.

Disability is a real possibility for a key percentage of the 155 million workers who are insured by Social Security to receive this important coverage, when and if a severe impairment strikes. The United States provides what is regarded as one of the most stringent disability programs in the developed world and appears headed toward a more vigorous administration. Some SSA decisions have made a worthwhile difference, but the nature of ongoing reported improvements to this program are moving in the wrong direction, making survival more difficult for Americans with disabilities and the LTD carriers who strive to protect their income-earning potential. â