The Hungry and the Anxious

Survey: Investors searching for gains but wary of rising rates 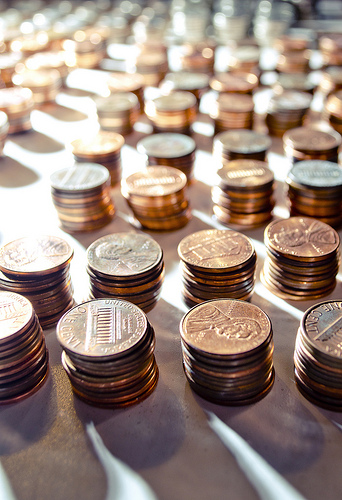 SAN MATEO, CA–(Marketwired – Nov 12, 2014) – Fixed income investors seem to be caught between a rock and a hard place these days. A new fixed income survey from Franklin Templeton Investments reveals that yield is their top consideration when choosing a fixed income investment, however, a strong majority (74 percent) stated they are concerned about how rising rates may impact their portfolio. The survey respondents’ concerns reflect the current environment — U.S. interest rates continue to be at historically low levels, which has translated into lower yields offered by many fixed income investments. But, if the 10-year Treasury rate rises, many longer-term bond portfolios held by investors today will likely decline in value.

So what is a traditional fixed income investor to do?

Michael Hasenstab, chief investment officer, Global Bonds, Franklin Templeton Fixed Income GroupÂ®, says it is time for fixed income investors to think outside traditional boxes. “It’s our conviction that we are at the end of a 30-year decline in interest rates,” said Hasenstab. “We need to prepare for the next decade when interest rates will likely be rising, and we believe an attractive alternative is a portfolio that is actively managed, global and unconstrained.”

The subject on which respondents were clearly in agreement was risk management — 94 percent cited it as an important factor when choosing a fixed income manager. This may also be why 70 percent of respondents indicated that they are invested in actively managed fixed income funds.

“Fixed income investors need to understand that if they choose passive investments such as index funds, they are essentially choosing to follow the herd,” said Ed Perks, chief investment officer of Franklin Equity Group. “That means buying what’s popular and selling what may be only temporarily out of favor, rather than actually evaluating whether issues are overbought or present true bargains. There is nobody at the helm looking forward and evaluating, for example, whether a rise in rates is a brief spike or the beginning of a longer-term trend.”

Methodology
Franklin Templeton’s fixed income survey, conducted by Qualtrics, included a sample of 525 U.S. investors aged 25 and older with $100,000 or more in investable assets, excluding the value of their home. In addition, respondents owned investments in fixed income securities. The survey was completed online from October 6 to 8, 2014.

About Franklin Templeton Investments
All investments involve risks, including possible loss of principal. Changes in interest rates will affect the value of a portfolio and its yield. Bond prices generally move in the opposite direction of interest rates. Thus, as the prices of bonds in a portfolio adjust to a rise in interest rates, the portfolio yield may decline. Foreign securities involve special risks, including currency fluctuations and economic and political uncertainties. Investments in emerging markets involve heightened risks related to the same factors, in addition to those associated with these markets’ smaller size and lesser liquidity. An actively managed fund’s investment manager applies investment techniques and risk analyses in making investment decisions for the fund, but there can be no guarantee that these decisions will produce the desired results. To obtain a summary prospectus and/or prospectus for a Franklin Templeton Fund, which contains this and other information, talk to your financial advisor, call us at (800) DIAL BEN/(800) 342-5236 or visit franklintempleton.com. Please carefully read a prospectus before you invest or send money.

Franklin Resources, Inc. (NYSE: BEN) is a global investment management organization operating as Franklin Templeton Investments. Franklin Templeton Investments provides global and domestic investment management to retail, institutional and sovereign wealth clients in over 150 countries. Through specialized teams, the company has expertise across all asset classes — including equity, fixed income, alternative and custom solutions. The company’s more than 600 investment professionals are supported by its integrated, worldwide team of risk management professionals and global trading desk network. With offices in 35 countries, the California-based company has more than 65 years of investment experience and over $898 billion in assets under management as of October 31, 2014. For more information, please visit franklintempleton.com.