How Your IRA Can Become Your Tax Nightmare

Tips to Avoid a Hefty Bill from Uncle Sam 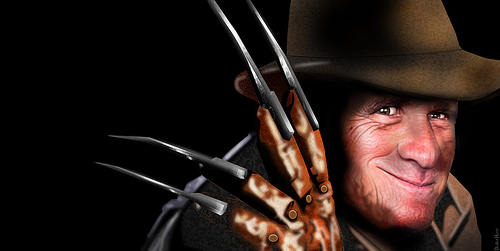 Uncle Sam wants you! That is, he wants you to spend your Individual Retirement Account in a manner that he finds appropriate, says independent retirement advisor Gary Marriage, Jr.

âMillions of Americans have put away money into their IRA throughout their professional life, which the government encourages with tax-deferred growth throughout the working years, allowing employees to accumulate more money faster â but thereâs a catch,â says Marriage, CEO of Nature Coast Financial Advisors (www.naturecoastfinancial.com), which specializes in maximizing retireesâ finances. He is also responsible for Operation Veteran Aid, which benefits wartime veterans and their families.

âThe governmentâs Required Minimum Distribution, RMDs including 401(k)s, 403(b)s or 457 plans, paint retirees and their employer-sponsored retirement plans into a corner.â Thatâs because by the time retirees reach the age of 70Â½, RMDs require individuals to make withdrawals, which are heavily taxed, he says. Marriage explains the process further with the theoretical example of John and Mary Smith:

The governmentâs Required Minimum Distribution, RMDs including 401(k)s, 403(b)s or 457 plans, paint retirees and their employer-sponsored retirement plans into a corner

âThis scenario considers a number of variables, all of which are different for every client we work with,â Marriage says. âAs a general rule, however, the sooner you begin the conversion process, the more you stand to gain.â

About Gary Marriage
Gary Marriage, Jr. is the founder and CEO of Nature Coast Financial Advisors, which educates retirees on how to protect their assets, increase their income, and reduce their taxes. Marriage is a national speaker, delivering solutions for pre-retirees, business owners and seniors on the areas affecting their retirement and estates. He is an approved member of the National Ethics Bureau, and is featured in âAmericaâs Top Hometown Financial Advisors 2011.â Marriage is also the founder of Operation Veteran Aid, an advocate for war-time veterans and their families.