How to avoid ‘messing up your marketing’

A Prescription For Success 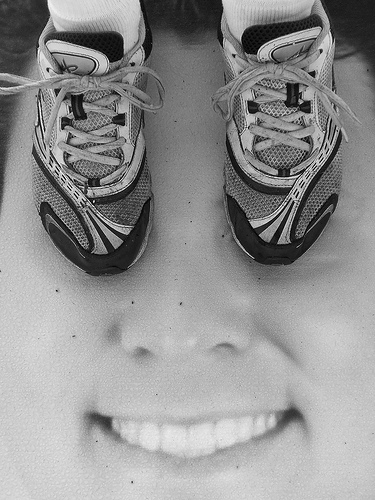 Mr. Graham of GrahamComm is a marketing and sales consultant and business writer. He publishes a monthly eNewsletter, âNo Nonsense Marketing & Sales.â Contact him at [email protected], 617-774-9759 or johnrgraham.com.

âJust remember,â my mother reminded me more than once, âYou canât turn a sowâs ear into a silk purse.â Perhaps not, but over the past 50 years, the marketing, advertising and public relations industry has been highly successful in doing just that.

But no longer. At least thatâs the view of Alex Bogusky, the former CP&B agency executive who had a leading role in creating the film, âThe Naked Brand.â Speaking about it to Ad Age, he says, âBeing a great company is the new brand because there isnât going to be anything between you and the reality of that company.â

Worry about what you donât know

Marketing can be an exciting part of a business. Those involved get a kick out of coming up with new ideas and initiatives ââ and many find themselves in the trap of thinking they know more than they do.

Home Depot, Mattel and Best Buy learned this lesson the hard way when they took China by storm. Home Depot opened a string of big box stores and then closed them down just as quickly, after losing millions of dollars.

They âmisreadâ the Chinese appetite for home improvement products, as Laurie Burkitt points out in a Wall Street Journal article. Too, late, they discovered that China is a âdo it to meâ culture. Mattel made the same mistake when the company opened a major Barbie doll store in China. To their surprise, it didnât go well. They found that Chinese parents wanted their children to read books, not play with dolls. Best Buy also figured out too late that Chinese consumers were looking for washing machines and air conditioners, rather than surround sound stereo systems.

How could it happen? Itâs easy, particularly when we get caught up in new initiatives and suspend the thinking process ââ when we assume that we know more than we do.

Make sure to get the message right

Most of the time, companies donât. So preoccupied with themselves, they preen before their customers. Their taglines are a good example. âWe care about our customersâ or âNo one does it better,â they tell us proudly.

Once a company uses âwe,â itâs over. From then on, itâs âall about us.â Whether they know it or not (itâs safe to conclude they donât), thereâs nothing there for customers. The financial services arena is filled with similar examples. One company claims âThereâs wealth in our approachTM,â leaving one asking, âWealth for whom?â Honda, on the other hand, moves in the right direction by focusing on the customer: âIt starts with you. The all-new Accord.â

The only correct message is the one that connects with customers.

It seems that planning is out of style in most businesses and is replaced with an endless stream of meaningless meetings that are often little more than personal opinion sessions. Planning is work. Itâs disciplined and demands accountability. Most of all, itâs not fun and itâs not exciting. The heart of good planning is taking care of the details ââ and where most planning goes wrong. âWhat havenât we thought about?â should be the most important question.

In recognition of the 100th anniversary of the Oreo cookie, Kraft Foodsâ team planned a year-long celebration. The marketing director makes it clear that, as reported by AdAge, the brandâs mission is to âhelp everyone around the world celebrate the kid inside

The value of Brazilian soccer star Ronaldinhoâs Coca-Cola sponsorship deal went from $750,000 a year to zero after he drank a Pepsi at a Coke press conference. Should he have known better? Of course. But those who planned and managed the event didnât take care of that critical detail.

When so little attention is given to serious planning, allowing a can of Pepsi to be front-and-center at a Coke press conference is no accident.

Newspapers have been falling faster than fall leaves in New England. But some are fighting back, including USA Today. Itâs new layout has an Internet look, feel and flow. A recent New York Times article quoted USA Todayâs president and publisher, âWe are really trying to reinvent a news businessâ¦We are trying to think of USA Today not as a newspaper, but as a news company.â

When the strategy is correct, tactics will be as well. Too many companies start with the goal of selling more product, but have no idea how they are going to reach the finish line.

In recognition of the 100th anniversary of the Oreo cookie, Kraft Foodsâ team planned a year-long celebration. The marketing director makes it clear that, as reported by AdAge, the brandâs mission is to âhelp everyone around the world celebrate the kid inside.â

Any and all proposed activities must pass the âmissionâ test. Itâs the only way to make sure that the sum of the parts is greater than the whole.

Nothing connects customers to products better than stories, and some of todayâs best storytellers can be found among the several thousand craft breweries. Visit just about any of their websites and youâll find compelling stories. Portsmouth, New Hampshireâs Smuttynose brewery is a case in point. Like so many others, its website is a âstoryâ board. One has to do with the breweryâs dog, Olive. Its Old Brown Dog ale is named for her. They also ask visitors to send a photo (âpin-upâ) and a story of their own old brown dogs (others qualify, too). They say theyâve received hundreds of pics over the years ââ including one of an old brown chicken.

Stories sell because they engage. Itâs engagement that missing from most marketing.

The personal trumps everything

Supermarket clerks have one of the toughest jobs and one thatâs low on the ârewardingâ scale. Putting up with customers is a constant challenge. There are plenty of other jobs that are equally unpleasant and poorly paid. Ironically, theyâre also the jobs that have perhaps the greatest influence on shaping a customerâs image of a company.

âGood morning. Itâs good seeing you today.â The words caught me off guard. They came from a smiling, enthusiastic clerk at a Stop ân Shop supermarket. Almost speechless, I mumbled a quick âthank you.â This woman is an incredibly valuable asset because she understands that her job is not just being efficient, but keeping customers happy.

Apple understands it, too. The storesâ Genius Bar Geniuses (technicians) are trained to keep customers happy by empathizing with customers, using the âthree Fsâ â âfeel, felt and found.â As Gizmodo reports, for the customer who feels that a Mac computer is too costly, a Genius might say, âI can see how you feel this way. I felt the price was a little high, but I found itâs a real value because of all the built-in software and capabilities.â A follow up survey of Apple customers by NPD Group revealed that almost 60% said they lean to buy another Apple product as a result of their experience with the companyâs technical support.

The quality of customer contact is the true measure of a companyâs marketing.

No company gets a pass when it makes a marketing mistake. To try to hide it is an exercise in self-deception. The only acceptable course of action is to be aware of the pitfalls and to be prepared to avoid them.