For those who have been at it for 10 to 15 years, technology is mostly a non issue 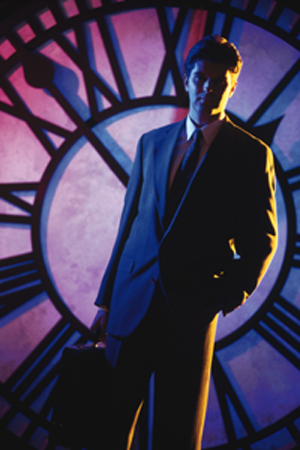 Watkins is a Brokerage Manager at First American Insurance Underwriters, Inc., Needham, MA. Along with his life insurance knowledge and working with producers, he has an extensive background in advisor management systems. He can be contacted at 800-444-8715 or jwatkins@faiu.com.

Life insurance producers are independents at heart, and in fact. Whatever their particular business situation, most enjoy working alone and taking responsiblity for their own destiny.
As salespeople, they focus on getting cases closed. At the same time, many are well known for what can be called a rather âabusiveâ attitude toward âpaper workâ and dealing with details, all of which are key components of life insurance sales.
Even so, some producers are giving themselves a competitive edge. They gather, analyze and make better use of information faster and more accurately than their peers. They respond quicker and more effectively and move cases through the pipeline faster. The advantage is going to producers who are harnessing technology to manage their practice.
For those who have been at it for 10 to 15 years, technology is mostly a non issue, while it remains baffling, confusing, awkward and even threatening for others.
Even so, the benefits can be enormousââeverything from working wherever you happen to be at the moment and still have all your data at your finger tips. Not just having valuable information but having it organized automatically so it is always ready when needed however you happen to need it.
For example, how many times have you thought about placing prospects into A, B and C categories and how many times have you started â but never finished the taskââlet alone put it into practice? Now, you can do it instantly.
Or, how often have producers thought about staying in closer touch with clients, but found it was just too much trouble? Or, how many times have they wanted to send birthday or anniversary cards, but gave up before the first one went into the mail?
Even more to the point, theyâve wanted all the data on clients such as their favorite sports, vacations or wines, as well policy information, notes, follow up triggers readily available? And then thereâs tracking referrals. Worse yet, as new information comes along, the older data is lost.
As Peter Kaplan of the Financial Productivity Group of Sharon, MA, says, âThe issue today for producers is having a competitive advantage and that means not only having all relevant data instantly available but using it to meet your objectives.â
Careful tracking of both existing clients and following up with prospects are two critical tasks for life insurance producers who want to grow their practices. Yet, as Kaplan points out, far too many fail to achieve their potential. âIt isnât just having the proper software,â he notes. âItâs learning a regimen that allows you to maximize the softwareâs performance.â
The problem isnât too much information, itâs not having it available when you need it and knowing how to use it. âSo often, producers spend money on so called âproductivityâ technology, but never spend time learning how to make it work for them.â
Hereâs how important all this is to producers. Youâre having a meeting with a client or prospect and youâre well prepared. But the client starts talking about a need. It wasnât on your agenda and you donât have it with you.
You can handle this two ways: 1) âLet me pull the information together and get back to you.â While there are times when this is an acceptable response, itâs less and less so. Customers want it now. 2) With âcloud computing,â your smart phone, laptop or iPad delivers it instantly. Thereâs nothing that leads to a sale quicker than a highly motivated client.
There are significant advantages to âcloud computingâ or web-based technology including no software to buy and update, no back up issues, no hard drive crashes and better security than your desktop computer. Plus, you can work wherever thereâs an Internet connection.
Thatâs only the beginning. With all your data residing in one place (the âcloudâ), you have access to a broad range of Internet-based tools such as one application login to view a complete client profile, automatic importing of client data into a host of planning applications and automatic exporting of data to insurance carrier applications. And the cost is only about $40 a month.
Adam M. Sachs, CFP, ChFC, CLU and CLTC, of Centinel Financial Group, LLC in Needham Heights, MA, is another example of an advisor who has embraced technology. âWe can always do better,â say Sachs, who is constantly on the prowl for new ways to make himself more effective for his clients.
In many ways, his web-based practice management system gives him that opportunity. Itâs the repository of all his client and prospect data. Beyond the normal client history, âI use it for follow up, various types of anniversaries, and even what someone likes to drink when we have a meeting. If itâs Diet-Coke, we have it ready,â notes Sachs.
For Sachs, information is crucial for relationship-building. âThe anniversary of a spouseâs death is always a difficult time and I want to acknowledge that,â he says.
Centers of influence receive careful attention, too. âWhen I receive a referral, I want to make sure I have a record of who sent it,â Sachs says.
When it comes to compliance, Sachs relies on his practice management system for maintaining a detailed correspondence log.Â  For example, he uses an automated dictation service to record the details of client meetings. âWhile everything is fresh in my mind, I dictate right after the meeting, much of the time in the car,â he says. He then enters it into his system.
âThe notes are particularly helpful in case design, for compliance, and giving direction to my assistant,â says Sachs. âItâs particularly valuable for capturing ideas. If you donât get them down when you think of them, we all know what happens.â
How valuable is all this to Adam Sachs? âI could not run my business without this type of system,â he says. âIt means I can manage more work easier.â

The problem isnât too much information, itâs not having it available when you need it and knowing how to use it.

Thereâs more to the technology story. And Sandeep Varma of San Diego-based AST Financial Services, Inc. uses it to push the producer productivity envelope to new limits. Arguably, one of the top 100 financial advisors (as recognized by Barronâs and Registered Rep), Varma has not only harnessed technology to grow his business, but, in reality, to make it possible for it even to exist.
Notably, he has wedded technology to a sophisticated business model. It starts with the target prospects, couples in their mid-seventies with assets from $3.8 to $5.6 million, who are attracted to a three-hour advertised seminar. Then starting with their RSVP, âEverything is entered into our system,â says Varma. From then on until the seminar takes place, they receive a friendly email every Friday. âThe drop off rate is five percent,â which is more than made up by those who appear at the door.

What follows is a 90-minute phone interview when all their financial and life story information is obtained and analyzed electronically. Based on the analysis, they are placed in one of three groups. âGroup three are those we cannot help because of inadequate assets,â he says. Group two are those with assets of $1 to $5 million, who are prospects for asset management services and annuities. Group one has assets of $5 million or more and are candidates for life insurance and charitable trusts.

Those in groups one and two are invited to a two-day seminar. âThis is when we give them a meal,â Varma says with a chuckle. Up to 80 participants show up. âThis is an educational experience,â he comments. âWe do away with all the industry terminology.â A charitable trust, for example, is called âa capital gains bypass trust.â And an ILIT is described as âa childrenâs trust.â Life insurance, annuities and IRAs are also covered.
Then, following the seminar, meetings with individual attendees are held. âBy this time, they have been so well informed, they know exactly what they want,â Varma notes.Â  After a brief pause, he adds, âThereâs no sellingâ¦.Itâs taking the order.â
As of 2007, Varma had conducted 500 seminars. âThatâs when I stopped counting,â he says.
Each of these three producers has found valuable ways to enhance both client service and business growth through technology. At the same time, itâs worth remembering that each was successful before technology began to play such a prominent role in their practices.
All three were entrepreneurial, knowledgeable and highly disciplined. Each in his own way can relate to what Adams Sachs says, âWe can always do better.â