How Much Would Auto-IRAs Help? 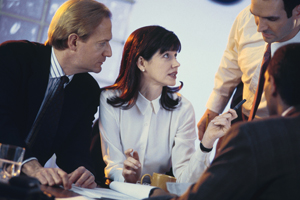 WASHINGTON—If “automatic IRAs” (individual retirement accounts) were made universal, how significant could their impact be for increasing retirement readiness and reducing the national retirement savings deficit?

That depends largely on age, the default contribution rate and the opt-out rate (the percentage of eligible employees who choose not to participate), according to new research by the non-advocacy Employee Benefit Research Institute (EBRI), a Washington, D.C. based fact tank.

IRAs, authorized by Congress in 1974, were designed to provide a tax-deferred way to save for retirement by people who do not have access to a work-place retirement plan (especially for those at small employers, which tend not to sponsor retirement plans).

While IRAs have been shown to produce significant retirement accumulations by those who contribute to them, the vast majority of people who do not have a tax-qualified retirement plan at work also do not take advantage of an IRA.

In response, proponents of auto-IRAs have been pushing for legislation which would require certain employers without retirement plans to automatically invest a designated amount of each employee’s compensation to an IRA, unless the employee changes the amount of the contribution or opts out of the arrangement.

Employer contributions are not generally required in these arrangements; rather, an employer’s payroll system would be used to regularly deduct the savings from each paycheck.

The Obama administration has called for federal legislation on auto-IRAs, bills have been introduced in Congress, and a few states (notably Illinois) have enacted or are considering their own auto-IRA laws in an attempt to increase retirement savings.

To measure what difference auto-IRAs might make, EBRI used its proprietary Retirement Security Projection Model® (RSPM) to analyze the potential of a generic auto-IRA plan to increase the probability of a “successful” retirement and decrease the national retirement savings deficit.

In the best-case participation scenario (assuming no opt outs), the introduction of an auto-IRA for households currently ages 35â39 working for small employers would increase the probability of a âsuccessfulâ retirement... by 8.4 percent

“The ability of auto IRAs to reduce retirement deficits obviously depends on the age of the employee as well as the opt out rates assumed,” said Jack VanDerhei, EBRI research director and author of the report. “For example, among those households ages 35â39, the average RSS is reduced by 10.6 percent assuming no opt outs (see figure below). This value drops to 9.7 percent at if there is a 10 percent opt out and falls to only 2.7 percent at a 75 percent opt out.”

For instance, the EBRI analysis finds:

The full report, “Auto-IRAs: How Much Would They Increase the Probability of “Successful” Retirements and Decrease Retirement Deficits? Preliminary Evidence from EBRI’s Retirement Security Projection Model,®” is published in the June 2015 EBRI Notes, online at www.ebri.org