How Do You Define 'Entrepreneur'? 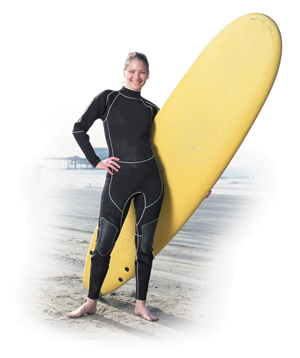 The entrepreneurial spirit may be taking a hit these days.

Studies show members of the Millennial generation appear less interested than previous generations in starting their own businesses, preferring instead to find work with established companies.

In 1989, 11.6 percent of households headed by someone younger than 30 held a stake in or owned a private enterprise; today that percentage is 3.6 percent, according to a recent Wall Street Journal report.

More businesses are shutting down than opening up

“The statistics show the odds of success for a new business are pretty dismal,” says Nelson, author of the Amazon best-selling book “The Second Decision: The Qualified Entrepreneur.” (www.randyhnelson.com/book) “Half of new U.S. small businesses fail in their first five years, and 70 percent have gone under by year 10. That’s not exactly a new trend, but what is a new is that each year in the United States more businesses now are shutting down than are being started.”

But Nelson, who developed leadership skills as a Navy submarine officer and has a track record of starting and building successful businesses, says there is a reason for those sobering statistics.

Anyone can become an entrepreneur. No qualifications are required. If more entrepreneurs understood the ramifications of that – and took steps to compensate for their weaknesses – the odds of success could improve, Nelson says.

One problem is entrepreneurs tend to be extraordinarily confident, which can blind them to their weaknesses. Nelson remembers that early in his business career his wife asked if he knew what he was doing. He assured her he did. Since then, experience taught him he was wrong.

What didn't I know?

“The truth was, I didn’t know what I didn’t know,” Nelson says. Over time, Nelson became what he calls a “qualified entrepreneur.”

He says when he looks back over his 25-year entrepreneurial career that he could clearly identify four components of the qualified entrepreneur, and recently he added the fifth component, self-awareness, which is an important piece of each of the other four.

About Randy H. Nelson
Randy H. Nelson is a speaker, a coach, a Qualified Entrepreneur, a former nuclear submarine officer in the U.S. Navy and author of “The Second Decision – The Qualified Entrepreneur” (www.randyhnelson.com/book/). He co-founded and later sold two market-leading, multi-million dollar companies — Orion International and NSTAR Global Services. His proudest professional achievement was at the Fast 50 awards ceremony in the Raleigh, N.C., area when NSTAR, a 10-year-old company, and Orion, a 22-year-old company, were awarded the rankings No. 8 and No. 9, respectively.

Nelson now runs Gold Dolphins, LLC, a coaching and consulting firm to help entrepreneurial leaders and CEOs become Qualified Entrepreneurs and achieve their maximum potential. He has a Bachelor of Science degree in Accounting from Miami University, Ohio, and was awarded the Admiral Sidney W. Souers Distinguished Alumni Award there in 2011.