How Do We Measure Reputation?

Six-Dimensions to seeing yourself as others do 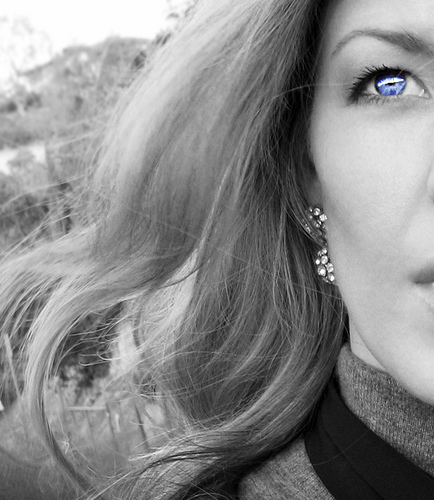 Mr. David is a principal with The David PR Group, specializing in media relations, branding and name recognition. Reprinted with permission. Visit davidpr.

Measurement in the world of public relations has always been an ethereal concept. Putting a value on media coverage or social media awareness remains a bit of a Holy Grail.

How we measure reputation appears just as daunting to me, but it turns out that analysts at the Harris Poll have been studying this since 1999, gauging the reputations of the most visible companies in the U.S. through the eyes of the general public.

I spoke with Sarah Simmons who gave me a great rundown as the firm tracks many companies and compiles data each year for its poll. (Simmons works for Nielsen Holdings which purchased Harris Interactive in 2013.)

For example, under products and services, Harris wants to know if customers perceive them as high quality, innovative and a good value for the money. Harris also asks if companies âstand behindâ their products. For workplace environment, as another example, Harris asks if a company is a good place to work, has good employees and if the company rewards employees fairly.

The data is crunched and each company in the survey earns a âReputation Quotient.â The companies at the top (mentioned earlier) score in the 80s on a 100-point scale while the cellar dwellers are in the 50s â think BP and Halliburton. Companies that rebounded this year include AIG and Facebook while major decliners included Starbucks and CVS. Volkswagen dropped the most, following its emissions scandal. According to the survey â and this presents an interesting lesson for all companies in my opinion â drops in âsocial responsibilityâ were the most common factor in prominent declines.

What causes the most damage to corporate reputations?

What hurts companies the most is not making mistakes but rather doing bad things intentionally. âIntentional wrongdoing or illegal actions by company leadersâ and âlying or misrepresenting the facts about a product or serviceâ are considered very or extremely damaging by 80 percent of respondents. A âproduct recall due to technical or equipment failureâ is considered damaging by only 45 percent of respondents. Make a mistake and we arenât happy. Do it intentionally and weâre pissed.

A company canât plant a few trees and then claim it is âsocially responsible,â as a one-hit-wonder doesnât make for a great reputation

According to Simmons, building a reputation takes time and a plan. A company canât plant a few trees and then claim it is âsocially responsible,â as a one-hit-wonder doesnât make for a great reputation. It requires planning that goes beyond traditional marketing. Determine your organizationâs reputational narrative, consider the categories that impact reputation and then identify your stakeholders. Reputation goes beyond your customers and may include opinion leaders, media, the financial community and others.

Are you an opinion elite?

We often here the term opinion leader or thought leader bandied about. Again in the PR world, this is a subjective and sometimes self-appointed title. Harris has identified its own group of âopinion elitesâ who Simmons says are akin to early adopters in the tech world. Harrisâs opinion elites are more informed, engaged and active, exerting influence on the public at large; therefore influencing a companyâs ability to compete for market share, talent and mind share.

In the survey, opinion elites hold other companies in highest regard including UPS, Costco, Meijer, The Coca-Cola Company and BMW.

Who are opinion elites? Simmons says they are more engaged individuals who are more involved in their communities and exert influence over others. You might be an opinion elite if you answer affirmatively to questions like these:

While I still find measuring reputation to be a bit subjective, what we can learn from the Harris Poll is that a companyâs reputation is impacted by many factors which can be quantified. Consumers like financially stable companies that treat employees well and provide vision and leadership for the future.

The general public also wants socially responsible companies that offer good products which they can feel good about. The formula is not that complicated, but the companies in the poll (on both ends of the spectrum) show that it takes time and effort to consistently have a great reputation. For more info on the Harris Poll, check out: http://www.theharrispoll.com/reputation-quotient/.