Your House Probably Made More Than You Did Last Year 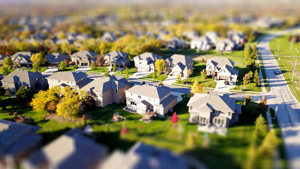 SEATTLE, March 18, 2022 /PRNewswire/ — The term “household income” was given new meaning in 2021 as a banner year for home appreciation found houses themselves earning more than the median worker in major metros across the country, according to a new study by ZillowÂ®.

“More than anything, 2021 was a year of haves and have-nots, and the chasm between the two widening throughout,” said Zillow economist Nicole Bachaud. “Those who owned a home saw their household wealth increase dramatically. But many renters witnessed that dream either soar out of reach or had to drastically adjust their expectations and plans.”

Metropolitan areas with the lowest home price appreciation relative to median incomes were Detroit, St. Louis and Baltimore, though even the smallest home value growth among these metros, in St. Louis, was still higher than $27,000.

While homeowners watched their assets multiply in 2021, the chasm separating many renters from homeownership widened, as home prices skyrocketed and rising rents eroded their ability to save for a down payment.

At the same time, down payments â often the highest hurdle to homeownership for first-time buyers â rose by more than $10,000 in 2021 for a typical 30-year fixed mortgage. Sticking with our metros used in the rent comparison, typical down payments rose nearly $14,500 in Miami, more than $20,600 in Phoenix and $16,700 in Las Vegas.

Zillow Group, Inc. (NASDAQ: Z and ZG) is reimagining real estate to make it easier to unlock life’s next chapter. As the most visited real estate website in the United States, ZillowÂ® and its affiliates offer customers an on-demand experience for selling, buying, renting or financing with transparency and ease.