While nominal house prices have increased, house-buying power has also increased because of a long-run decline in mortgage rates and the slow, but steady growth of household income 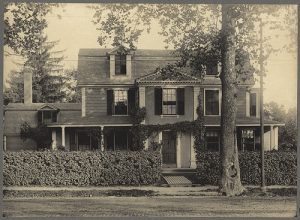 âYet, the level of nominal house prices doesnât tell the affordability story. While nominal house prices have increased, house-buying power has also increased because of a long-run decline in mortgage rates and the slow, but steady growth of household income. House-buying power matters because people typically buy homes based on how much it costs each month to make a mortgage payment, not the price of the home,â said Fleming. âMortgage rates are generally the same across the country, so the long-run decline in mortgage rates boosts affordability equally in each market. Household income growth and nominal house prices, on the other hand, differ from market to market, so affordability varies geographically as well. Based on the house-buying power-adjusted RHPI, we find that affordability is higher in all 50 markets compared to their previous respective RHPI peaks.â

If prices continue to outpace house-buying power, affordability will suffer, but weâre still a long way from 2006...

âAccording to the Real House Price Index, housing in Chicago was least affordable in July 2006, when mortgage rates were approximately 6.7 percent. Since then, mortgage rates have declined to an average of 2.9 percent in July of this year. At the same time, household income in Chicago has increased by approximately 50 percent,â said Fleming. âThe decline in mortgage rates and steady rise in household income resulted in a 135 percent increase in house-buying power, which was more than enough to offset the 2.6 percent increase in nominal house price growth. As a result, homes in Chicago are 56 percent more affordable today than they were in July 2006.

âOn average, the markets we track in the RHPI are more than 40 percent more affordable today than at their respective prior peaks. The severe supply-demand imbalance in the housing market continues to fuel record-breaking house price appreciation across the country, yet lower mortgage rates and higher incomes mean homes are more affordable today than at their prior peaks in every market we track.â

What Goes Up, May Continue to Go Up

âWhile nominal house prices continue to break records, affordability remains vastly improved in most markets relative to their previous peaks,â said Fleming. âThe pace of house price appreciation is widely expected to cool, but still increase in the months ahead. If prices continue to outpace house-buying power, affordability will suffer, but weâre still a long way from 2006.â

Next Release
The next release of the First American Real House Price Index will take place the week of October 25, 2021 for August 2021 data.
Methodology
The methodology statement for the First American Real House Price Index is available at http://www.firstam.com/economics/real-house-price-index.
About First American
First American Financial Corporation (NYSE: FAF) is a leading provider of title insurance, settlement services and risk solutions for real estate transactions that traces its heritage back to 1889. First American also provides title plant management services; title and other real property records and images; valuation products and services; home warranty products; banking, trust and wealth management services; and other related products and services. With total revenue of $7.1 billion in 2020, the company offers its products and services directly and through its agents throughout the United States and abroad. In 2021, First American was named to the Fortune 100 Best Companies to Work ForÂ® list for the sixth consecutive year. More information about the company can be found at www.firstam.com.
[1] This release includes a revision to the annual income series using the 2020 Current Population Survey Annual Social and Economic Supplement (CPS ASEC)
Â
09/30/2021 • Filed Under: e-Page2, Emerging Trends, Issues & Innovations, Marketing • Tags: enewslink
Share:
include_sharethis.php
single.php