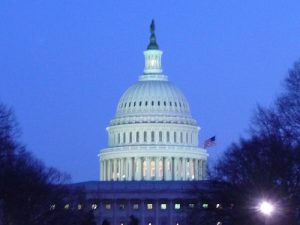 The members are requesting by March 18, 2015, documents and communications related to the department's consultation with the Securities and Exchange Commission as it worked to introduce a new proposal to redefine the fiduciary standard. "The public has been assured repeatedly that close consultation between these two agencies was underway to avoid any regulatory confusion and inconsistencies," said Chairman Kline.

"However, recent statements by a member of the SEC raise serious doubts about whether meaningful consultation has taken place. This rulemaking will affect the retirement security of millions of Americans, and I hope the department has done more than simply pay lip service to good government on this very important issue."

Since 2010, the Department of Labor has pursued a regulatory proposal that would vastly expand the long-held definition of fiduciary governing the conduct of financial professionals.

An initial proposed rule was subsequently withdrawn after strong, bipartisan concerns were raised regarding the negative impact on Americans saving for retirement. Additional concerns have been raised about whether the department is sufficiently coordinating its efforts with the Securities and Exchange Commission, which is legally authorized under the Dodd-Frank financial services reform law to examine the standard of care for investment advisers and broker-dealers.

The bill passed the House on a strong bipartisan basis. In recognition of this concern, a revised notice of proposed rulemaking should not be issued until after Congress is satisfied sufficient coordination has occurred

As the members state in their letter: It is clear coordination between SEC and DOL is vital to ensure a functioning regulatory framework; it is unfortunately far less clear that such coordination is occurring. We are especially disappointed and alarmed by Commissioner Gallagher's allegations that no meaningful engagement has occurred … This is inconsistent with public pronouncements from the administration.

For example, in testimony before the Health, Employment, Labor, and Pensions Subcommittee, Assistant Secretary Borzi promised DOL, SEC, and others "are actively consulting with each other and coordinating our efforts." This pledge was echoed in the press release withdrawing the initial rule. More recently, Assistant Secretary Borzi has publicly repeated this promise.

Concern over this coordination – or lack thereof – was so grave as to warrant Congressional action. On October 29, 2013, the House of Representatives passed H.R. 2374, the Retail Investor Protection Act, which required DOL to delay its rulemaking until after the SEC acts. The bill passed the House on a strong bipartisan basis. In recognition of this concern, a revised notice of proposed rulemaking should not be issued until after Congress is satisfied sufficient coordination has occurred. So that we can better understand the coordination between DOL and SEC, please furnish all communications after September 19, 2011, between DOL and SEC regarding this rulemaking.

In addition, please provide all documents and materials addressing how DOL has considered, adopted, or discarded any concerns raised by SEC as it revised its regulatory proposal. To read the full letter, click here.