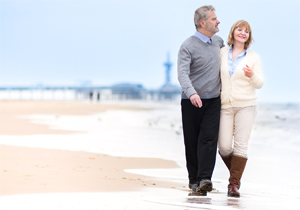 September 21, 2017 —Â OMAHA, Neb.–(BUSINESS WIRE)–The single life is appealing to a growing number of Americans, but married couples may tend to have the edge when it comes to money. They are more likely to own a home, save and invest more, according to a new survey from TD Ameritrade.

With singles accounting for 45 percent of all U.S. adults, itâs more important than ever for those choosing the single lifestyle to empower themselves financially. TD Ameritradeâs Singles & Money survey of 1,000 unmarried and 1,000 married adults (ages 37 and older) reveals that less than one-third of single Americans (29 percent) rate themselves as very financially secure compared with 43 percent of married individuals.

Research shows that singles tend to have more friends than married people, are more likely to volunteer their time and are as healthy or healthier as their married peers. When it comes to finances, however, the picture isnât as rosy:

âWhile an increasing number of Americans are finding that remaining single can have its virtues, there is one key area making the single life potentially more difficult â money,â said Lule Demmissie, managing director of retirement and long-term investing at TD Ameritrade. âHaving a spouse to split the mortgage, household expenses and insurance can make basic living costs more manageable. On top of that, for couples who file jointly, marriage can help reduce their tax burden. The logical conclusion is not that one should simply marry to save money! The substantive insight is that both married and single investors can learn best practices from one another.â

Nearly one-third (29 percent) of singles cite âhaving complete control over the household financesâ as the biggest benefit to not being married. But, when it comes to saving and investing, two heads may be better than one:

âThe good news is that singles can redefine the American dream on their own terms by taking financially prudent steps such as saving for retirement early, sharing expenses with a roommate or family member and establishing an emergency fund. This can help level the playing field with their married peers,â Demmissie says.

Three in 10 unmarried Americans arenât saving for anything, compared to 17 percent married

Demmissie points out a few ideas to help get singles on the path to financial security:

Enlist a financial accountability partner
Married Americans say the single biggest financial benefit of being married is the moral support offered by their partner to keep them on track/on budget. Find a friend or family member who can fill this role.

Knowledge is power
An educated investor is a confident investor. Take advantage of free tools and resources to learn investing and saving basics.

Take a cue from the Golden Girls
Roommates can provide companionship and help lessen the financial burden whether you own a home or rent.

Establish an emergency fund
The usual rule of thumb is to build up three to six months of living expenses, but it can vary based on individual circumstances.

Save early for retirement
The sooner you start, the longer your savings have to grow. Aim to max out your 401(k) and when your budget allows, also contribute to an IRA.

TD Ameritradeâs financial consultants want to help investors of all ages and experience levels set and pursue financial goals that fit their lives. They will take the time to listen and understand what matters to you before you invest. Learn about the four steps to goal planning at https://www.tdameritrade.com/investment-guidance/setting-financial-goals.page.

About TD Ameritrade Holding Corporation
Millions of investors and independent registered investment advisors (RIAs) have turned to TD Ameritradeâs (Nasdaq: AMTD) technology, people and education to help make investing and trading easier to understand and do. Online or over the phone. In a branch or with an independent RIA. First-timer or sophisticated trader. Our clients want to take control, and we help them decide how – bringing Wall Street to Main Street for more than 40 years. TD Ameritrade has time and again been recognized as a leader in investment services. Please visit TD Ameritradeâs newsroom or www.amtd.com for more information, or read our stories at Fresh Accounts.

About the 2017 Singles & Money Survey
A 20-minute online survey was conducted with 2,019 American adults aged 37 and older by Head Solutions Group, between August 11 and August 14, 2017, on behalf of TD Ameritrade Holding Corporation. The statistical margin of error for the total sample of N=2,019 within the target group is +/- 2.19 percent. This means that in 19 out of 20 cases, survey results will differ by no more than 2.19 percentage points in either direction from what would have been obtained by the opinions of all target group members in the United States. Sample was drawn from major regions in proportion to the U.S. Census.