Survey: Hispanic Entrepreneurs Overwhelmingly Optimistic About What the Future Holds;
Cite Heritage, Technology and Community as Keys to Success 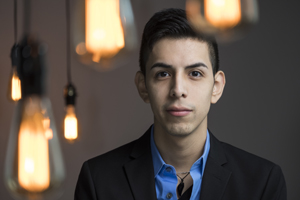 March 07, 2018 —Â CHARLOTTE, N.C.–(BUSINESS WIRE)–Hispanic entrepreneurs are increasingly optimistic about the future â what lies ahead in the next year and even the next decade to come â and see their heritage as an important advantage to their success.

According to the second annual Bank of America Hispanic Small Business Owner Spotlight, surveying Hispanic entrepreneurs nationwide, the majority believe the national economy (60 percent) and their local economies (67 percent) will improve in 2018 â much higher than their non-Hispanic counterparts (46 percent and 48 percent, respectively).

Hispanic entrepreneurs are also more bullish on revenue and hiring in the year ahead. Seventy-one percent believe their revenue will increase in 2018, compared to just half of non-Hispanic small business owners. They are also more than twice as likely to plan to hire more employees in the year ahead (37 percent, versus 16 percent of non-Hispanic small business owners).

These optimistic sentiments appear to extend well into the future. Seventy-seven percent of Hispanic small business owners report growth plans over the next five years, while only half of non-Hispanic entrepreneurs cite the same. A strong majority (89 percent) also believe the business environment for Hispanic entrepreneurs will strengthen in the next decade.

While two-thirds of Hispanic small business owners believe they face unique challenges, many say their heritage provides an advantage with respect to:

Hispanic entrepreneurs value their employees as an integral part of business success, and view in-person communities as a significant contributor to business and professional growth

Hispanic entrepreneurs value their employees as an integral part of business success, and view in-person communities as a significant contributor to business and professional growth.

For a complete, in-depth look at the insights of the nationâs Hispanic small business owners, read the full 2018 Bank of America Hispanic Small Business Owner Spotlight.

Bank of America Hispanic Small Business Owner Spotlight
GfK Public Affairs and Corporate Communications conducted the Bank of America Hispanic Small Business Owner Spotlight survey between August 8 and September 28, 2017, using a pre-recruited online sample of Hispanic and non-Hispanic small business owners. GfK contacted a national sample of 1,013 small business owners in the United States with annual revenue between $100,000 and $4,999,999 and employing between 2 and 99 employees, as well as 394 interviews among Hispanic small business owners, 149 of whom were primary Spanish speakers. The final results were weighted to national benchmark standards for size, revenue, and region, and, for the Hispanic augment, whether the respondents were primarily English-speaking or Spanish-speaking.