Care of elders and dreams for children compete with retirement 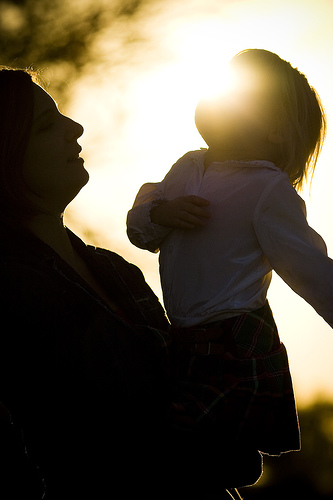 The 2014 study also found that the complexity of programs such as Social Security, a lack of access to work-based retirement plans and limited contact from financial advisors are additional barriers for this community in achieving their long-term financial goals.

While retirement planning can be daunting, the study shows that Hispanic Americans face distinct challenges. According to the study, more than twice as many Hispanic Americans as the general population (15 percent compared with 6 percent), say that supporting elderly family members is a financial priority, and 31 percent of Hispanics place importance on funding education for children or grandchildren, compared with just 18 percent of the general population.

âThe study shows that many Hispanic Americans have clear financial goals, but they may be unsure about how to achieve them,â said George Castineiras, senior vice president of Total Retirement Solutions at Prudential Retirement. âWe see an underestimation of how much money may be required to retire, a fact evidenced in part by lower participation in workplace-based retirement plans, lower rates of investing and longer expected time in the workforce, with three out of every four expecting to continue working during retirement.â

The focus on shorter-term financial objectives may hinder their ability to set goals for savings and retirement. The study also revealed that Hispanic Americans have less access to workplace-based retirement plans and, even when they do have access, they are still less likely to contribute to retirement plans.

Slightly more than half (53 percent) of Hispanic Americans say that saving for retirement is an important financial priority compared to 62 percent of the general population.

Fewer than half of those surveyed indicate that they have a good understanding of Social Security, workplace-based retirement plans or financial products.. Further, about 29 percent think they will need only one source to fund retirement savings, compared with 19 percent of the general population. When it comes to considering financial products or services, Hispanic Americans cite trust of providers as the major barrier, while 14 percent say they have difficulty understanding the products and 13 percent donât know where or who to go to for information.

âOne major question raised by the study is whether Hispanic Americans would plan for their retirement differently if they had access to information that could help them generate the knowledge they need to make investments decisions to secure their own and their familyâs futures,â Castineiras said.

The survey data also indicate that Hispanic Americans take a careful and conservative approach to financial planning in reaching for their aspirations. The Hispanic American community also revealed a cultural aversion to accumulating debt. Sixty-two percent say there is no such thing as âgood debt,â yet seven in 10 indicate that it is unavoidable to live debt-free, especially when it comes to big-ticket items such as a home, car, paying for college or starting a business.

According to the study, more than twice as many Hispanic Americans as the general population (15 percent compared with 6 percent), say that supporting elderly family members is a financial priority, and 31 percent of Hispanics place importance on funding education for children or grandchildren, compared with just 18 percent of the general population

Supporting family lies at the heart of many financial priorities for this community, very often making family finances multigenerational and global. According to the study, nearly one out every six Hispanics supports their parents and 42 percent of non-US born Hispanics send money to relatives in their home country. Additionally, one-third of studyâs respondents intend to spend their retirement years partially or fully outside the U.S.

âThe study suggests the significant economic impact that Hispanics have on their families and communities both within and beyond our border,â said Alexandra Galindez, Prudentialâs vice president of Multicultural Marketing. âAs the Hispanic American population continues to grow in the U.S., it becomes increasingly important to provide the community with financial information that can help build wealth, as it could have a tremendous impact on the U.S. economy and abroad.â

The study also revealed that Hispanic Americans, regardless of their income level, receive less contact from financial advisors or professionals that could help them gain the knowledge they need to plan for their financial future. Having more access to information and advisors who can help individuals make financial decisions could lead to higher confidence rates and more solid planning for reaching retirement goals among Hispanic Americans. And, while the study shows that the biggest gap in financial confidence among Hispanic Americans is between those with and without a financial advisor, establishing a relationship with one proves challenging.

Advisors must break through

The Hispanic American Financial Experience is part of Prudentialâs signature research series, which examines the financial needs, resources and priorities of Americaâs multicultural communities, especially as they relate to planning for their financial future. The full report can be found at www.prudential.com/hispanics. The study follows similar research on women, African Americans and the LGBT community.

The Hispanic American Financial Experience study consisted of an online survey administered by GfK Custom Research, Inc. in both English and Spanish from October 28-November 18, 2013. This survey polled 1,023 Americans who identify themselves as Hispanic, and survey questions encompassed a broad range of financial topics. The term Hispanic is used consistently with the official U.S. government definition as included in the 2010 U.S. Census to refer to âa person of Cuban, Mexican, Puerto Rican, South or Central American, or other Spanish culture or origin regardless of race. Participants were sampled from GfKâs Knowledge Panel Latino, a nationally representative panel that uses address-based sampling covering 93 percent of the U.S. Hispanic population. Sampled non-Internet households received a netbook and free Internet service.

Prudential Financial, Inc. (NYSE: PRU), a financial services leader with more than $1 trillion of assets under management as of September 30, 2013, has operations in the United States, Asia, Europe, and Latin America. Prudentialâs diverse and talented employees are committed to helping individual and institutional customers grow and protect their wealth through a variety of products and services, including life insurance, annuities, retirement-related services, mutual funds and investment management. In the U.S., Prudentialâs iconic Rock symbol has stood for strength, stability, expertise and innovation for more than a century. For more information, please visit www.news.prudential.com.