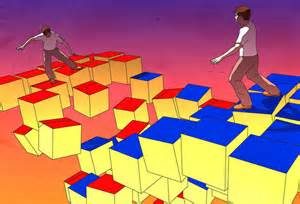 LOS ANGELES, Nov. 4, 2016 /PRNewswire/ — In light of arguably the most controversial election in history reaching its climax, GOBankingRates surveyed over 1,000 Americans to find that a majority of voters from both parties feel unconfident that the financial state of America will improve during the next president’s term.

The survey probed Americans on their confidence levels of how the wealth gap, homeownership affordability, wages and unemployment will improve in the next four years.

It's a scary reality that a majority of respondents â sometimes over 80% â are generally not confident that beneficial economic changes will come in the next four years.

“The overall shared lack of confidence in America’s immediate financial future from both Trump and Hillary supporters is made ever present by these survey findings,” said Andrew DePietro, Finance Writer for GOBankingRates. “It’s a scary reality that a majority of respondents â sometimes over 80% â are generally not confident that beneficial economic changes will come in the next four years.”

GOBankingRates.com is a personal finance news and features website dedicated to helping visitors live a richer life. From tips for saving money, to investing for retirement or finding a good interest rate, GOBankingRates helps turn financial goals into milestones and money dreams into realities. Its content is regularly featured on top-tier media outlets including MSN, MONEY, AOL Finance, CBS MoneyWatch, Business Insider, and dozens of others. GOBankingRates specializes in connecting consumers with the financial institutions and products that best match their needs. Start your journey towards a rich mind and full wallet with us here.