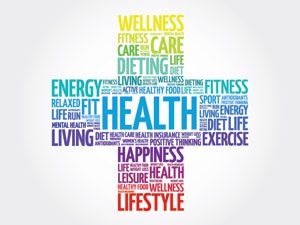 OLDWICK, N.J., November 22, 2019âTotal debt obligations among U.S. publicly traded health insurance companies have grown considerably in the last decade, to $115.5 billion in 2018 from $24.8 billion in 2009, as carriers have been taking advantage of low interest rates to support their diversification and acquisition efforts, according to a new AM Best report.

A new Bestâs Special Report, titled, âU.S. Health: Strong Interest Coverage Despite Higher Debt,â states that long-term debt among the nine publicly traded U.S. health insurers also has experienced significant growth, to $106.4 billion in 2018 from 22.1 billion in 2009. Long-term debt rose by nearly 66% year over year in 2018, due largely to the Cigna-Express Scripts transaction. Short-term debt has risen markedly as well, albeit by a smaller proportion, to $9.1 billion from $2.7 billion in 2009. In the last decade, 2010 was the only year that publicly traded health insurers paid down more long-term debt than they raised; in six of the other nine years, aggregate long-term debt obligations increased by over 5%, driven largely by a series of merger and acquisition deals, some of which have been extremely large.

Given the lack of organic growth in the commercial/employer sector, as well as the expansion in government-sponsored programs, companies have become more interested in lowering the cost of care and increasing scale, which helps to achieve a lower administrative expense ratio over the medium to long term. Larger scale also creates the potential for greater bargaining power with providers due to a larger number of members served.

The aggregate debt-to-capital ratio rose to 43% by year-end 2018 from 33% in the first quarter of 2009, owing to the rise in debt obligations for the publicly traded health insurers. Should the appetite for mergers and acquisitions, as well as vertical integration, continue, additional increases in financial leverage over the medium term are likely. The rise in debt has led to a rise in interest expense that has outpaced the growth of the companiesâ operating income. As a result, the aggregate interest coverage ratio declined to 9.1x in 2018 from 11.7x in 2014, although interest coverage remains strong.

AM Best believes that the number of large-scale acquisitions among the publicly traded health insurers will taper off given the increase in financial leverage, the need to integrate recently closed transactions and the blocked large-scale transactions of Aetna-Humana and Anthem-Cigna Corp. However, smaller-scale acquisitions by the larger carriers are likely to continue and may include not just insurance companies, but also other operations that support the health insurance business.

To access the full copy of this special report, please visit here.

For financial leverage trends in the other major U.S. insurance segments, please visit: life/annuity: http://www3.ambest.com/bestweek/purchase.asp?record_code=292086; and property/casualty: http://www3.ambest.com/bestweek/purchase.asp?record_code=291796.
AM Best is a global credit rating agency, news publisher and data provider specializing in the insurance industry. The company does business in more than 100 countries. Headquartered in Oldwick, NJ, AM Best has offices in cities around the world, including London, Amsterdam, Dubai, Hong Kong, Singapore and Mexico City. For more information, visit www.ambest.com