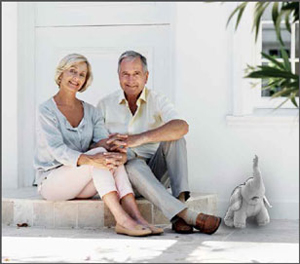 TORONTO, March 7, 2017 /CNW/ — Franklin Templeton Investments’ 2017 Retirement Income Strategies and Expectations (RISE) survey found that 9 in 10 Canadians, who are not retired, expressed concerns about the potential impact of the high cost of living in retirement.

The percentage was roughly the same among Americans who are not retired.

Pre-retiree Canadians cited lifestyle and health care (20 per cent each) as the expense categories they are most concerned about paying in retirement. Not surprisingly, health care topped the list for 33 per cent of pre-retiree Americans, but only 11 per cent indicated lifestyle.

“The prospect of managing expenses in retirement is stressful for North Americans, but the difference between Canada and the US may reflect the spotlight on US health insurance in recent years,” said Duane Green, president and CEO, Franklin Templeton Investments Corp. in Canada. “Although Canadians benefit from coverage for doctor and hospital visits, health care expenses are still a top concern because seniors face the prospect of rising costs for long-term care and prescription drugs as lifespans continue to increase.”

“The concern about expenses appears to be well founded, as over one-third (39 per cent) of Canadians who are 11 or more years into retirement said their overall expenses have increased since they retired,” Green added.

This may be why nearly three-quarters (73 per cent) of those retired say they would tell pre-retirees to “save early, save often and save consistently”.

More than 8 in 10 (82 per cent) pre-retirees in the 55 to 59 age category experience stress and anxiety when thinking about their retirement savings and investments.

Perhaps even more troubling, is that 15 per cent of Canadian pre-retiree baby boomers and a quarter of pre-retiree generation X have not saved anything for retirement.

“The results for Alberta could be influenced by the fact that last year was tough for the provincial economy, due to a very challenging environment for the energy sector,” said Matthew Williams, SVP, Franklin Templeton Investments Corp.

Canadians stressed and anxious about having enough for retirement

“The modest decline in stress and anxiety levels is good news, but it may be a case of recency bias, which is when investors focus largely on recent results. Canadians might have been looking back at the S&P/TSX composite index over the past year and seeing a return of 18 per cent in 2016. In contrast, when they looked back on 2015, the same Canadian equity benchmark had fallen 11 per cent,” said Williams. “This is why it is important to work with a financial advisor to build a solid, realistic retirement savings plan and stick to it, while avoiding the distraction of short-term volatility.”

This eases a bit as one lives in retirement, with about half (49 per cent) of retirees 11 or more years into retirement still reporting stress and anxiety about their retirement saving and investments.

Saving habits and the advice gap

The RISE survey found that pre-retirees who work with an advisor are 46 percentage points more likely to be saving for retirement compared to those who have never worked with one (93 per cent versus 47 per cent).

Almost half (48 per cent) of pre-retirees, with over C$50,000 saved who currently have an advisor, think that their retirement will be better than previous generations, compared to a third of pre-retirees with the same savings level who have never engaged an advisor.

About the survey
Franklin Templeton Investments’ Retirement Income Strategies and Expectations (RISE) survey was conducted online among a sample of 2,001 Canadians and 2,013 Americans ages 18 and older. The survey was administered in Canada from January 6 to 18, 2017, by ORC International’s Online CARAVANÂ®.

Franklin Templeton Investments Corp. is a Canadian subsidiary of Franklin Resources, Inc. [NYSE:BEN]. Franklin Resources, Inc. is a global investment management organization operating as Franklin Templeton Investments, which provides global and domestic investment management to retail, institutional and sovereign wealth clients in over 170 countries. Through specialized teams, the company has expertise across all asset classesâincluding equity, fixed income, alternative and custom solutions. The company’s more than 650 investment professionals are supported by its integrated, worldwide team of risk management professionals and global trading desk network. With offices in over 30 countries, the California-based company has 70 years of investment experience and over US$728 billion (over C$948 billion) in assets under management as of January 31, 2017.