The Hidden Costs Of Caregiving 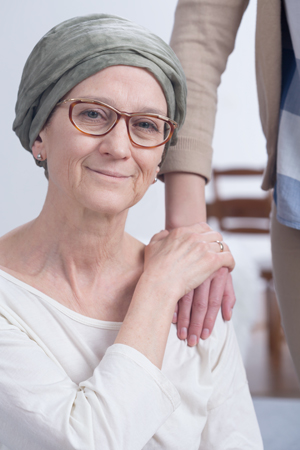 May 14, 2018 —Â ST. PAUL, Minn.–(BUSINESS WIRE)–With Americaâs elderly population expected to double in the coming decades, the demand for caregiving services will be higher than ever before. According to the National Association of Insurance Commissioners, 15 million Americans are expected to have a high long-term care need by 2050.1

Do the loved ones of these millions of Americansâpotential primary caregiversâunderstand what could be to come?

More than half (55 percent) of caregivers characterized their role as âsupportive.â However, one-third indicated they feel âconcernedâ (33 percent) or âoverwhelmedâ (32 percent) by their caregiving responsibilities.

The most difficult aspects of life for caregivers to maintain are emotional stability (60 percent) and a healthy balance between the time they spend caregiving and with immediate family members (56 percent). Other areas caregivers struggle with are keeping up with day-to-day tasks (54 percent) and maintaining their own financial well-being (52 percent), with one in six people (17 percent) finding it very difficult to sustain their financial well-being.

âAs the primary caregiver for my mother who is battling Alzheimerâs disease, I know firsthand the emotional and financial burden of caring for an aging parent while raising two young children and having a full-time career,â says Kim Anderson, a product research manager for Securian Financial.

Families frequently shoulder the time and cost burdens associated with caregiving duties, and once the level of care required goes beyond the capabilities of immediate family members, the affordability of long-term care can be out of reach for many.

Numerous insurers have stopped offering stand-alone long-term care insurance entirely, and most of those that have stayed in the market have increased premiums substantially. In 2000, there were 125 insurers offering standalone long-term care insurance, according to the National Association of Insurance Commissioners. In 2014, there were less than 15.2

As the primary caregiver for my mother who is battling Alzheimerâs disease, I know firsthand the emotional and financial burden of caring for an aging parent while raising two young children and having a full-time career

Half (50 percent) of those who held jobs while they were a caregiver say it affected their job performance, with the most common impact being the need to take days off from work (41 percent).

âThe financial burden of missing extended periods of work to provide care for a loved one is a struggle for many,â says Anderson. âIn our survey, 28 percent of the people providing care for a loved one who has long-term care insurance said the fact that the insurance doesnât cover their own expenses as a non-compensated caregiver is challenging.â

Options to pay for long-term care

Securianâs survey was conducted online by KRC Research from February 14, 2018 to February 21, 2018. A total of 816 U.S. adults age 18 and older answered questions about their role as a caregiver, challenges they face and long-term care insurance. The sample was weighted by demographics such as age, gender, race, region and income to ensure reliable and accurate representation of the national population age 18 and older.

Since 1880, Securian Financial Group and its affiliates have provided financial security for individuals and businesses in the form of insurance, investments and retirement plans. Now one of the nationâs largest financial services providers, Securian is the holding company parent of a group of companies that offer a broad range of financial services.