Heightened Worry About Risk And Growing Interest In Retirement Income 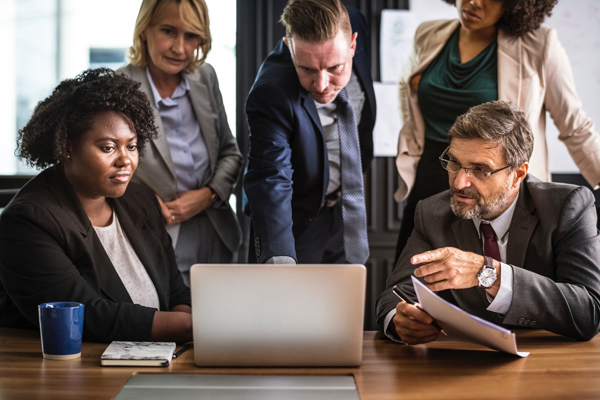 KANSAS CITY, Mo., July 29, 2020 /PRNewswire/ — According to new research by American Century Investments, four in 10 retirement plan participants are most concerned about market risk, a significant increase from last year.

The eighth annual study, comprised of responses from 1,508 full-time workers between the ages of 25 â 65 grouped by the categories of Baby Boomers, Generation X and Millenials, examined their wishes and worries about retirement savings. The survey compared and contrasted insights of both plan sponsors and participants, according to American Century Investments Vice President Diane Gallagher.

“The results of this year’s study show high expectations around the role of employers and both the priority and value placed on employer-sponsored retirement benefits,” Gallagher said. “These findings can help retirement plan decision-makers consider participants’ points of view in building effective solutions.”

Half of Boomers surveyed are most concerned about market risk. However, concern over market risk and growth risk has risen significantly from last year. “Perhaps the timing of the survey had some influence here as we were researching in March, at the advent of the COVID-19 pandemic and in the midst of high volatility,” Gallagher said.

40% Fear Running Out Of Money In Retirement

Four in 10 express concern about running out of money in retirement, a significant decline from last year and similar to 2018. Participants with $500,000 or more in assets are more likely than those with less than $100,000 in assets to be concerned about the inability to afford health expenses, loss of structure, missing co-workers and being bored.

The share most concerned about longevity risk is down significantly from last year (28% vs. 42% in 2019). Market risk overtook longevity risk as participants’ greater concern in this year’s survey. “Again, this may be related to the first signs of the pandemic, but we cannot say with certainty,” Gallagher said.

Men are more likely to select growth risk as the risk that concerns them most, while women are more apt to chose longevity risk.

Some eight out of 10 respondents said they would be more likely to leave money in their plan if their employer offered an investment option specifically to help retirees draw income during retirement. Participants report rollover IRA as the most common distribution option today. “Clearly, there is a strong preference for leaving assets in the plan at retirement and taking withdrawals from the plan to fund retirement,” Gallagher said. “Investment solutions offering a retirement income stream provide plan participants with peace of mind after leaving an employer. This interest certainly has implications for plan sponsors and providers to offer solutions to make that a reality for participants.”

One in eight participants say they work for a company that offers ESG investments, a significant increase from last year’s findings. Also, men are more likely to be extremely or very interested in having an ESG option as part of their retirement savings plan. Further, participants with an income of at least $100,000 are more likely to be extremely interested in ESG investments. “The role of plan fiduciaries is very clear: To act in the best interests of plan participants when selecting and evaluating investments. As ESG is increasingly applied in investments, it will be important for plans to understand ESG and implications for plan investments.”

Nearly all participants continue to say retirement savings is an important goal; one-third call it the biggest or only goal, with men and those with assets of $100k or more tending to say saving for retirement is their biggest goal.

“We found that half of those surveyed are worried or concerned about saving enough for retirement, including one in eight saying it keeps them up at night,” Gallagher said. “About half are also concerned about having enough savings for the next unexpected expense, especially Millennials and Gen X.”

Participants believe they could have saved more money earlier in their careers. Most report not saving enough in the first five years they worked. Nine in 10 participants think that if they could talk to their early career selves, it would be important to advise themselves to save more, but only seven out of 10 believe their earlier selves would listen. Boomers do not feel it as likely as others that their younger selves would have listened. “There are two things at play here” Gallagher said. “First, participants acknowledge the ‘power of compounding’ and know had they started earlier, their accounts would have had more time to grow. Second, the past seven years of our research have shown this sense of remorse about saving and their personal spending habits. Participants recognize that, had they started saving earlier, they would have just continued on that path and not fallen out of the habit.”

Given the premium participants place on the role of employers, it's not surprising that particpants would look to employers to offer a source of financial advice. Participants seem a little overwhelmed at all the advice options available to them, so getting that advice through an employer-provided source is valuable...

Overall, three in 10 expect their standard of living in retirement to be better than it is now.

This year’s study found that three in four participants would find it attractive if their employer were to offer them holistic financial advice, a significant increase from last year. Additionally, participants making at least $100,000 per year were more likely to find this offer attractive. Similar shares of participants currently use personal research, financial advisors, and family for advice on investing,with Boomers most likely to use a professional advisor. “Given the premium participants place on the role of employers, it’s not surprising that particpants would look to employers to offer a source of financial advice. Participants seem a little overwhelmed at all the advice options available to them, so getting that advice through an employer-provided source is valuable.”

Additionally, women are more inclined to prefer an online advice service over an advisor, based on cost, and men are more likely to believe paying for an advisor is worth the cost.

Despite these splits, three in four participants still believe a professional advisor will play a role in helping them prepare for retirement going forward. Two-thirds believe the same about software, a significant increase from last year.

Participants with an income of at least $100k are more inclined to strongly believe their retirement savings plan at work is one of the most important benefits their employer offers.

Some seven in 10 respondents support an automatic increase of a 6 percent employer match (Am I interpreting this correctly?), and two out of three believe their employer should automatically enroll employees into their plan at a set percent and increase it automatically each year.

Also important for employers to know is that 60% feel more positively about a company that offers automatic enrollment, automatic increase and target-date investments, according to Gallagher. “Nearly eight in 10 participants would like their employer to offer at least some encouragement to save more. When asked what role they would like employers to play, eight in ten want at least ‘a slight nudge.’ This has been consistent over the years of the study,” she said. However, older generations are more likely than Millennials to say, “leave me alone.”

Further, four in 10 participants think employers should structure retirement plans to be completely automatic for employees. Men and those with an income of at least $100,000 are more likely to prefer the automatic option.

Finally, a majority prefer a match on their retirement contribution over a salary increase. Millennials and Gen Xers are more likely to prefer salary increases than Boomers. Men prefer the 6% increase in salary more so than women. “This has been consistent over the years of our survey: Participants value a company match over a salary increase if given a choice. That may have implications for employers as they look at compensation and employee benefits.”

The plan participant survey was conducted between March 10 and 31, 2020. Survey included 1,508 full-time workers between 25 and 65 saving through their employer’s retirement plan. The data were weighted to reflect the makeup of key demographics (gender, income, and education) among all American private sector participants between 25 and 65.

Data collection and analysis were completed by Mathew Greenwald and Associates of Washington, D.C.

A strategy or emphasis on environmental, social and governance factors (“ESG”) may limit the investment opportunities available to a portfolio. Therefore, the portfolio may underperform or perform differently than other portfolios that do not have an ESG investment focus. A portfolio’s ESG investment focus may also result in the portfolio investing in securities or industry sectors that perform differently or maintain a different risk profile than the market generally or compared to underlying holdings that are not screened for ESG standards.