Health Status, Not Age, Key to Premium Costs with ACA 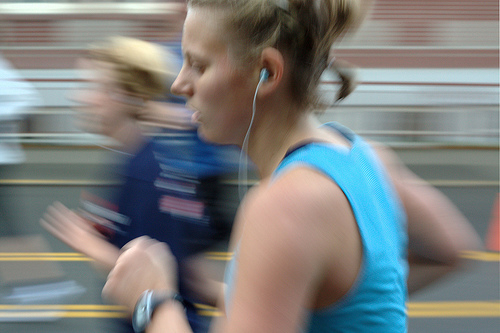 New York, NY, February 14, 2014âYoung adult participation may not be as critical to the success of the Affordable Care Actâs marketplaces as widely believed, according to a new Commonwealth Fund brief detailing the perspectives of a group of prominent actuaries, insurers selling plans in the marketplaces, health policy researchers, and federal officials.

In fact, the health status of the newly enrolled across all age groups is a more uncertain and important factor in determining premiums, according to the meeting participants. Several of the experts said that provisions in the law designed to stabilize the marketplaces will help keep premium rate increases in check.

The brief, Young Adult Participation in the Health Insurance Marketplaces: Just How Important Is It?, explains that because young adults are disproportionately uninsured and tend to be healthier, their participation has been viewed by many as essential to the stability of the marketplaces. Meeting participants said that enrolling young adults is important, but only one of a number of factors affecting marketplace premiums and not the most critical. They pointed out that a having higher-than-anticipated number of unhealthy enrollees at any age who generate higher costs for insurers would have a more negative effect on premiums than having a smaller-than-anticipated number of young adult enrollees. According to the law, insurers cannot compensate for the cost of less healthy enrollees by charging them higher premiums.

âThere has been a lot of discussion about the importance of young adults in the marketplaces but no consensus on how many young adults are needed to achieve the right balance and what happens if those numbers arenât reached,â said Sara Collins, the briefâs author and Commonwealth Fund vice president for health care coverage and access. âWhat these conversations and analyses by researchers illuminate is that the role of young adults has likely been over-emphasized. Their participation is important, but lower-than -expected enrollment this year wonât trigger market failure.â

No âRightâ Number of Young Adults for Marketplaces

When asked if there is a ârightâ number of young adults needed in the marketplaces to ensure a well-balanced risk pool and stable premiums, several participants said there was not. Insurers use their own proprietary methods to project their mix of enrolleesâincluding how many young adults would enrollâand then set premiums accordingly, participants said. Whether insurersâ 2014 premiums are likely to adequately cover their medical claims for the year depends on how actual enrollees compare to their estimates, rather than on a specific number of young enrollees.

âThe Affordable Care Act was designed to extend affordable, comprehensive health insurance to the millions of Americans our health insurance system was failing,â said Commonwealth Fund president David Blumenthal, M.D. âHearing this balanced perspective from a group of policy experts and insurers who are on the frontlines of implementing the law is encouraging, but clearly it will be essential to continue to track the lawâs progress and impact.â

... enrolling young adults is important, but only one of a number of factors affecting marketplace premiums and not the most critical

Looking to premium rates for 2015, there was agreement that if insurersâ 2014 rates were not on target they would adjust those rates, particularly publicly traded insurers facing pressure from investors to be profitable. Insurers wonât have a full year of experience to assess the health status of the newly enrolled and instead will have to set premiums with only three months of claims data from their new enrollees, causing some uncertainty in setting 2015 premium rates.

There was broad agreement that several of the lawâs provisions and other factors would help limit insurersâ losses and keep premiums affordable for consumers. Specifically:
Insurers can charge older adults up to three times as much as they charge younger adults.
The lawâs reinsurance program protects insurers from high claims costs by paying 80 percent of claims above the proposed $45,000 threshold up to $250,000 on new plans in the individual market through 2016. Actuaries at the meeting stated this program was responsible for reducing 2014 premiums by 10 percent to15 percent.

The risk corridor program, which applies to plans sold in the marketplaces, protects insurers from the uncertainty of enrolling a new group of people with unknown health care costs through 2016. If insurers have claims that are much greater than expected, they receive a payment from the federal government, and if their claims are much lower than expected, they make a payment to the federal government.
The law provides that any premium rate increase of 10 percent or more must be justified by insurers and reviewed by regulators.

For large insurers, a majority of their enrollees may be existing customers whose health status is known and who tend to be healthier because they were rated on their health before 2014.
Meeting participants were mostly optimistic that enrollment would continue to climb in 2014 and 2015 as the problems with the websites are repaired and as more people become aware of the marketplaces and learn how to select plans and gain financial assistance to pay for their new coverage.

On January 29, 2014, The Commonwealth Fund invited a group of actuaries, health plan representatives, health policy researchers, and federal officials to discuss a set of issues related to the participation of young adults in the Affordable Care Actâs marketplaces at the Fundâs offices in Washington, D.C.

The goal of the meeting was to inform understanding of how young adult participation will likely affect premiums and the stability of the marketplaces over the next few years and also provide participating federal officials with information necessary to carry out their work in the coming years. The meeting was aimed at gaining the insights of those who are actively engaged in the marketplaces like health plan actuaries and leaders, health policy experts who have given the issue considerable attention in their research, and federal officials engaged in implementation of the marketplaces.

The discussion was structured around a set of critical issues including: insurersâ expectations of young adult participation in the marketplaces when setting 2014 rates; the effect of varying rates of young adult participation on 2014 financial experience and 2015 premiums; the sensitivity of enrollee age versus health status for well-balanced risk pools; the effects of the Affordable Care Actâs risk-sharing provisions; whether key factors have changed since 2014 premium rates were set and the expected effects; and expectations of enrollment, marketplace risk pools, and premium growth in 2016 and beyond. This report provides an analysis of the meeting discussion and a summary of research presented in the meeting. It is not intended to broadly represent the views of the insurance industry, health policy experts, or federal and state regulators.