The Anxieties of Aging

Balancing the longevity equation while stayingÂ healthy enough to enjoy it 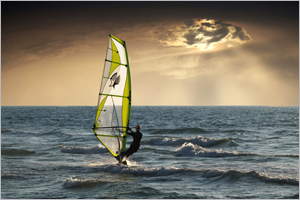 America spends more per capita on healthcare than any other developed country in the world with less to show for it than most, the U.S. Centers for Medicare and Medicare Services (CMS) reports1. Healthcare expenses increased to nearly $3.5 trillion in 2017 and were primarily driven by aging baby boomers seeking more care as well as increasing prices for medical goods and services, according to CMS.

Those healthcare expenditures may reflect the real health problems that afflict millions of Americans, especially those who are aging and retired. Itâs one reason why manyÂ retirees say most of us should focus more on our health than our wealth as we prepare to retire.

Yet, many of us think about retirement in terms of a permanent vacation, filled with leisure activities, travel, new hobbies and a world of new possibilities. To underscore that point, the MassMutual Retirement Income Study2Â recently showed that pre-retirees â those within 15 years of retirement â identified their biggest worry as not having enough money to enjoy themselves in retirement, four times more than retirees (28 percent vs. 7 percent).

Retirees seem to understand that their pursuit of happiness may be curtailed if their health fails them or at least poses chronic problems. This stark reality is underscored by the study, which finds that retirees worry most about the cost of healthcare and long-term care (29 percent), losing their ability to be active (25 percent) and being in poor health (22 percent).Â  Retireesâ experience tells us that health concerns become increasingly prominent, as the data from the CMS shows, especially as many retirees begin experiencing health issues and their subsequent costs.

The internet-based study was conducted through Greenwald & Associates to probe financial and other risks related to preparing for and living in retirement. The study polled 801 retirees who have been retired for no more than 15 years and 804 pre-retirees within 15 years of retirement. Pre-retirees were required to have household incomes of at least $40,000 and retired respondents had at least $100,000 in investable assets and participated in making household financial decisions. The research was conducted January 2018.

Overall, the research showed that pre-retirees worry a lot more than retirees do about a host of issues. Perhaps thatâs the real advantage of being retired as opposed to preparing to be retired.

Retirees, like many other Americans, learn to manage their expenses to their income. Yet, the specter of poor health hangs over retirees as they age and with it, the potential for exploding costs for healthcare.Â  The average 65-year-old couple could pay almost $490,000 in total health-related costs throughout retirement, according to HealthView Services3, a software company that projects healthcare costs.

The climbing costs of healthcare is an argument for saving as much as possible before retiring and managing retirement spending to a lower rate as a hedge against the potential for escalating healthcare costs in the future.
Once youâre retired it may be impossible to make up for any increasing income needs to cover the rising cost of healthcare by simply tightening your belt. Itâs far better to err on the side of having more rather than less income than you anticipate needing, especially as costs for care continue to escalate.

Financial advisors should incorporate projections of healthcare costs into their clientsâ retirement planning plans as well as any educational seminars they conduct for retirement plan savers. The goals should not be to scare pre-retirees but to help ensure they have a realistic view of at least the potential for rising healthcare problems and attendant costs as they age

As a case in point, expectations for expenses in retirement are not always spot on. Seventy-percent of pre-retirees anticipate spending less in retirement than they did in their working years, a proposition that does not always work out, the study finds.Â  While half of retirees say they spend less, the rest find they spend about the same (41 percent) or more (8 percent).Â  Most of the responses were from relatively young retirees, with 55 percent of respondents retired for five or fewer years and another 25 percent having been retired between five and 10 years, before many people encounter serious and expensive health issues.

Sources of retirement income are shifting as well, something MassMutualâs study indicated. Current retirees are more likely to have a pension from their employer than pre-retirees as employers replace legacy defined benefit plans to defined contribution plans.

For instance, 64 percent of retirees reported generating less than half of their income from their 401(k) or other workplace retirement savings plan. Meanwhile, 60 percent of pre-retirees said they expect to rely on their 401(k)s for 50 percent or more of their retirement income.

Respondents who consider themselves very knowledgeable about managing savings and investments were more likely than those who identified themselves as less knowledgeable to say they anticipate generating at least 75 percent of their retirement income from savings. Newer retirees â those who have spent five years or fewer in retirement â are more likely than other retirees overall to say all of their income will come from their retirement savings plan.

Perhaps thatâs why pre-retirees also are more inclined than retirees to say they wish they had started saving for retirement sooner. Eighty-four percent of pre-retirees would have started saving sooner compared to 55 percent of retirees, according to the study. Those sentiments were more likely to be expressed by those with assets of less than $250,000 or respondents who had siphoned money from their 401(k) or other retirement savings plan before retirement through a loan or withdrawal, or who suspended contributions.

The savings sentiments of pre-retirees are well-placed, if not altogether accurate.Â  On one hand, the prospects of having more leisure time and resources to pursue our passions are exciting and motivating. The world beckons to us, especially when weâre still relatively young, able and active.

On the other hand, retireesâ experience says those possibilities become increasingly remote if our health deteriorates and the need for care accelerates.

Financial advisors should incorporate projections of healthcare costs into their clientsâ retirement planning plans as well as any educational seminars they conduct for retirement plan savers. The goals should not be to scare pre-retirees but to help ensure they have a realistic view of at least the potential for rising healthcare problems and attendant costs as they age.

It may be helpful to invite retired clients who have successfully prepared for or navigated through healthcare issues to speak at retirement planning seminars for pre-retirees. Ask retirees to share their experiences, pass along insights and knowledge, and provide a dose of reality to the uninitiated. In some instances, retirees may have strategies that they have used to successfully prevent or manage healthcare issues.

The reality is that as we age, the burden and possibility of healthcare problems and costs only increase. Demographic trends bear this out as the CMS data projects that healthcare spending will comprise 19.7 percent of the U.S. economy in 2026, up from 17.9 percent in 2016. By 2026, health spending is projected to reach $5.7 trillion.

Retirees have proven to be a resilient bunch, able to manage their income and expenses in new and creative ways as they pursue lifeâs possibilities. Advisors may help them realize those opportunities, not only by preparing retirees as they save and invest but educating them on the healthcare challenges they may face. â