A Happy, Satisfying Retirement Is Not an Impossible Dream 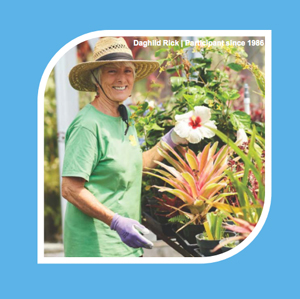 NEW YORK (April 13, 2016) â Headlines frequently focus on the anxiety surrounding retirement saving and planning, but the reality for many retirees is very different.

What is even more surprising is that despite the many changes that have taken place in the U.S. over the past 30 years, satisfaction levels are virtually unchanged from when TIAA (then TIAA-CREF) conducted its landmark Voices of Experience study, âa realistic, even provocative account of retired life from the personal perspectives of retirees in the TIAA-CREF system.â

Like the original 1982 study, in which more than 1,500 TIAA annuitants answered questions about a variety of retirement issues, the 2016 follow-up survey[i] of more than 1,500 retired plan participants measures the evolving attitudes pertaining to life in retirement â providing insights into all facets of retired life and the steps taken to prepare.

RetirementÂ still the best place to be

âItâs remarkable that even with all the changes our country has experienced in the past 30 years â the increase in health care costs, the predominance of technology, the overwhelming amount of often-conflicting information â nearly all of the retirees we surveyed feel satisfied with their life in retirement,â said Roger W. Ferguson, Jr., president and CEO at TIAA. âItâs a vastly different world today than 1982, but our findings show that a happy, fulfilling retirement is still attainable.â

In fact, the intensity of satisfaction among TIAA retirees has increased: 65 percent of todayâs retirees say they are very satisfied with retirement, up from 51 percent in 1982.

âI was excited for retirement. Twelve years later, I am still excited, feel healthy and have big plans!â

The 2016 survey results reflect another trend first identified in 1982: retiring earlier. In 1982, 39 percent of TIAA plan participants retired before age 65. Among the retirees surveyed in 2016, more than half (54 percent) retired before age 65. And many individuals are retiring ahead of their own schedule: 71 percent of todayâs retirees say they had expected to work until age 65 or older, but only 47 percent did.

Survey respondents also are more optimistic than pessimistic toward the prospect of retiring. Three-quarters of todayâs retirees said they had looked forward to retirement. This could be due in part to the fact that the majority are retiring on their own terms: 76 percent of those surveyed in 2016 report that they retired by choice, an increase from 67 percent in 1982.

âWhatâs especially interesting about the 2016 Voices of Experience study is that it contradicts todayâs common narrative about retirement and shows that many more retirees approached retirement with excitement and optimism than apprehension,â said Ferguson. âThe study reinforces what we have known for years â that our participants can benefit from outcome-oriented retirement plans that help them feel secure about their retirement lifestyle.â

Seventy-four percent are using their time in retirement to connect with and spend time with family, and 64 percent socialize with friends on a regular basis. More than half engage in other hobbies like gardening or home improvement (56 percent) and/or travel (51 percent).

âI had a list of things I would do in retirement, like take piano lessons, learn a language. But Iâve found Iâm very busy every day â every day is full! I love being able to do whatever I want whenever I want with no obligations.â

And though recent industry research has shown that many of todayâs workers plan to work for pay during retirement, more than eight in 10 of todayâs TIAA retirees report they are not working for compensation. This largely tracks with the findings from 1982, which revealed that 79 percent of retired TIAA participants were not working for pay. Instead, they have the freedom to spend time participating in voluntary or charitable activities or providing care for their families.

The Early Bird Gets a Satisfying Retirement

I was excited for retirement. Twelve years later, I am still excited, feel healthy and have big plans!

âI started saving when I was 19, investing by age 21. At retirement, I was very well-positioned for an early retirement. Sticking to my financial goals has resulted in my having more money now than when I retired, so I know that I did something right.â

Additionally, incorporating lifetime income solutions into retirement plans can strengthen retirement confidence. Seventy percent of the retirees surveyed have a fixed or variable annuity, and 92 percent are satisfied with their decision to annuitize. Having a steady stream of monthly income could be one reason why a majority (54 percent) of retirees in the survey have not needed to make any financial adjustments to their lifestyle in retirement. And with more than half of respondents planning for their retirement funds to last 20 or more years, a source of lifetime income can mitigate the risk of outliving their savings.

âWith many people retiring earlier than they had originally expected, retirees will need to plan for a comfortable life that will last 20 or 30 years â or even more â after leaving the workforce. In fact, TIAA delivered monthly payments to 30,000 people older than age 90 in 2015,â said Ferguson. âIncorporating lifetime income solutions into their retirement plans can help retirees live comfortably for a lifetime.â

For more information about the TIAA Voices of Experience survey, see the executive summary or the full report.

About TIAA
TIAA (TIAA.org) is a unique financial partner. With an award-winning track record for consistent investment performance, TIAA is the leading provider of financial services in the academic, research, medical, cultural and government fields. TIAA has $854 billion in assets under management (as of 12/31/2015) and offers a wide range of financial solutions, including investing, banking, advice and guidance, and retirement services.

The 2016 Voices of Experience survey was conducted by GfK Custom Research North America among a total of 1,583 TIAA retirees between May 28 and August 27, 2015. To qualify, all respondents had to indicate that they are retired. Respondents were mailed the survey questionnaire and had the option to return the survey by mail or to complete the survey online. Respondents completed 104 surveys online and 1,479 by mail. The sample was provided by TIAA, and data were weighted by gender, age, region, engagement, and industry sector.