Now, Blow out Those Candles and Plan to Take Your Distribution 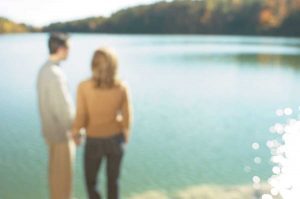 Sept 1, 2016 —Â BOSTON–(BUSINESS WIRE)–This year, many boomersâthose born in the first half of 1946âwill reach a critical milestone: age 70 Â½. Even though most probably havenât marked their half birthday since grade school, 70 Â½ is the age when the IRS generally requires individuals to begin withdrawing funds from traditional IRAs, 401(k)s or 403(b)s.

This is an important deadline that can have expensive consequences if itâs missedâin fact, ignoring the minimum required distribution (MRD) deadline can mean a 50 percent penalty of the amount required to be withdrawn.

âAdding to this is the fact that rules around MRDs can be confusing,â said Maura Cassidy, vice president, Retirement, Fidelity Investments. âItâs important for boomers to begin to shift their mindset from contributing to a traditional IRA to taking distributions. Since the law bars contributions to traditional IRAs starting at 70 Â½ and begins to require distributions, this can be a significant change for individuals. Taking time to be prepared can help ease this transition and make for a smoother process in year one and beyond.â

To help educate the millions of retirees who must take MRDs, including first-time boomers, Fidelity offers a variety of resources, such as Viewpoints articles about taking MRDs by the deadline and how to include MRDs as part of an overall retirement income strategy; answers to frequently-asked questions about MRDs and an infographic outlining important IRA Tax Forms & Key Deadlines; an MRD calculator to help determine annual minimum distribution amounts; and access to Fidelityâs online Retirement Distribution Center, which estimates each accountâs MRD and allows customers to set-up, track and manage IRA withdrawals. Fidelityâs Learning Center also has a âMaking Sense of MRDsâ video, a âGetting Ready for MRDsâ checklist and âTo delay or not to delay? Options for taking your first Minimum Required Distribution (MRD)â article.

About Fidelity Investments
Fidelityâs goal is to make financial expertise broadly accessible and effective in helping people live the lives they want. With assets under administration of $5.6 trillion, including managed assets of $2.1 trillion as of July 31, 2016, we focus on meeting the unique needs of a diverse set of customers: helping more than 25 million people invest their own life savings, nearly 20,000 businesses manage employee benefit programs, as well as providing nearly 10,000 advisory firms with investment and technology solutions to invest their own clientsâ money. Privately held for nearly 70 years, Fidelity employs 45,000 associates who are focused on the long-term success of our customers. For more information about Fidelity Investments, visit https://www.fidelity.com/about.