The Value Of Advice

…But almost all who use one say theyâre worth it

Excerpts from a recent article from Magnify Money, a Lending Tree consumer financial site, written by Devon Felfino, measures how the public views the importance of using a financial advisor. Read the full story here. 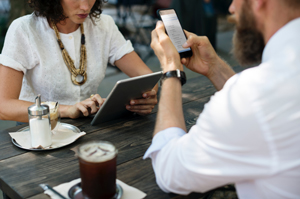 According to a MagnifyMoney survey, 30 percent of responding Americans have a paid financial advisor â with 60 percent saying they sought one after a specific life event. Of those with an advisor, nearly all of them (95 percent) believe âtheyâre worth the money.â The most popular reasons for working with a professional are investment management (60 percent) and help with financial goals (38 percent).

However, there are widespread misperceptions about advice: Forty-two percent of consumers feel advisors are âonly for wealthy people,â and 38 percent think they can find the same information online. Of those without a paid financial advisor, 45 percent believe they tend to cost a lot more than they really do.

Excerpts from the Article

Life changes, and often that means finances change, too. A financial advisor can be a valuable guide during these times, clarifying the financial aspects of buying a house, retiring and more. But 42% of Americans think financial advisors are only for the wealthy, even as 95% of those with one say theyâre worth the money.

95% of those with a financial advisor think itâs worth the money, with many (61%) saying they pay less than $3,000 annually for related financial services...

Millennials, Gen Xers and baby boomers cited investment management as the main reason why, while Gen Zers cited tax planning. In fact, 46% of Gen Zers with a financial advisor get help with tax planning, versus:

For the most part, those with a financial advisor said they hired one after a specific life event (60%). Getting married or divorced (14%) or receiving an inheritance or other large sum of money (11%) were among the most common responses. Another 12% cited reaching retirement age, but that can be a costly wait in the long run.

Some interesting trends emerged around this, including: