With a shared and often principal focus on retirement saving

The new data published in âOwnership of Mutual Funds, Shareholder Sentiment, and Use of the Internet, 2020â and âCharacteristics of Mutual Fund Investors, 2020 was presented by the Investment Company Institute (ICI). 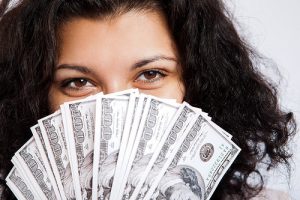 Washington, DC; November 19, 2020âAlmost half of the 37.0 million households headed by a member of the Millennial Generation or Generation Z owned mutual funds in 2020, according to new research published today by the Investment Company Institute (ICI). Forty-seven percent of these households owned mutual funds, up from 41 percent in 2019.

The new data are published in âOwnership of Mutual Funds, Shareholder Sentiment, and Use of the Internet, 2020â and âCharacteristics of Mutual Fund Investors, 2020.â The survey results also show that saving for retirement was a financial goal for 94 percent of mutual fundâowning households, and 75 percent indicated that retirement saving was the householdâs primary financial goal.

âInvestors across generations use mutual funds to help meet their householdâs most important financial goals, especially saving for retirement,â said Sarah Holden, ICI senior director of retirement and investor research. âThe data this year show increasing ownership of mutual funds among younger households, with mutual fund ownership among Millennials and members of Gen Z up significantly. The data show the central and expanding role funds play in the financial lives of American households of all ages.â

Percentage of US households within each generation group, 2020

*Generation Z (born 1997 to 2012) and the Millennial Generation (born 1981 to 1996) are aged 8 to 39 in 2020; however, survey respondents must be 18 or older. Incidence of mutual fund ownership for the Millennial Generation (head of household born between 1981 and 1996) is 49 percent.
Note: Generation is based on the age of the household sole or co-decisionmaker for saving and investing
Source: Investment Company Institute Annual Mutual Fund Shareholder Tracking Survey

About the Annual Mutual Fund Shareholder Tracking Survey
ICI conducts the Annual Mutual Fund Shareholder Tracking Survey each year to gather information on the demographic and financial characteristics of mutual fundâowning households in the United States. The most recent survey was conducted from May to June 2020 and was based on a dual-frame telephone sample of 3,001 US households. Of these, 1,350 households were from a landline random digit dial (RDD) frame and 1,651 households were from a cell phone RDD frame.

Of the households contacted, 1,372 households, or 45.7 percent, owned mutual funds. All interviews were conducted over the telephone with the member of the household who was either the sole or the co-decisionmaker most knowledgeable about the householdâs savings and investments. The standard error for the 2020 sample of households owning mutual funds is plus or minus 2.6 percentage points at the 95 percent confidence level.
Interested in more data? Download the supplemental tables for âOwnership of Mutual Funds, Shareholder Sentiment, and Use of the Internet, 2020â and the supplemental tables for âCharacteristics of Mutual Fund Investors, 2020.â