Grenspan: Price of Gold Will Rise

Shedding light on how the Fed works 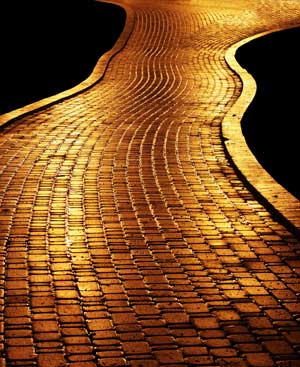 Any doubts about why I own gold as an investment were dispelled last [week] by the maestro himself: former Fed Chair Alan Greenspan. Itâs not because Greenspan said he thinks the price of gold will rise â I donât need his investment advice; itâs that he shed light on how the Fed works in ways no other former Fed Chair has ever dared to articulate. All investors should pay attention to this. Let me explain.

The setting: Greenspan participated on a panel at the New Orleans Investment Conference last Saturday. Below I provide a couple of his quotes and expand on what are the potential implications for investors.

Greenspan: âThe Gold standard is not possible in a welfare stateâ

The U.S. provides more welfare benefits nowadays than a decade ago, or back when a gold standard was in place. Greenspan did not explicitly say that the U.S. is a welfare state. However, itâs my interpretation that the sort of government he described was building up liabilities â âentitlementsâ â that can be very expensive. Similar challenges can arise when a lot of money is spent on other programs, such as military expenditures.

It boils down to the problem that a government in debt has an incentive to debase the value of its debt through currency devaluation or otherwise.

As such, it should not be shocking to learn that a gold standard is not compatible with such a world. But during the course of Greenspanâs comments, it became obvious that there was a much more profound implication.

Marc Faber, who was also on the panel, expressed his view, and displeasure, that the Fed has been financing social programs. The comment earned Faber applause from the audience, but Greenspan shrugged off the criticism, saying: âyou have it backwards.â

Greenspan argued that itâs the fiscal side thatâs to blame. The Fed merely reacts. Doubling down on the notion, when asked how a 25-fold increase in the Consumer Price Index or a 60-fold increase in the price of gold since the inception of the Fed can be considered a success, he said the Fed does what Congress requires of it. He lamented that Fed policies are dictated by culture rather than economics.

So doesnât this jeopardize the Fedâs independence? Independence of a central bank is important, for example, so that there isnât reckless financing of government deficits.

I could not believe my ears. I have had off the record conversations with Fed officials that have made me realize that they donât touch upon certain subjects in public debate â not because they are wrong â but because they would push the debate in a direction that would make it more difficult to conduct future policy. But I have never, ever, heard a Fed Chair be so blunt.

The maestro says the Fed merely does what it is mandated to do, merely playing along. If something doesnât go right, itâs not the Fedâs fault. That credit bubble? Well, that was due to Fannie and Freddie (the government sponsored entities) disobeying some basic principles, not the Fed.

And what about QE? He made the following comments on the subject:

Greenspan: âThe Fedâs balance sheet is a pile of tinder, but it hasnât been lit â¦ inflation will eventually have to rise.â

The reason this is most relevant is because many politicians think thereâs unlimited money to spend. And, of course, if the Fedâs printing press is at the disposal of politicians, the temptation to use it is great

But fear not because he assured us:

Trouble is, if no one has noticed, central bankers are always the smart ones. But being smart has not stopped them from making bad decisions in the past. Central bankers in the Weimar Republic were the smartest of their time. The Reichsbank members thought printing money to finance a war was âexogenousâ to the economy and wouldnât be inflationary. Luckily we have learned from our mistakes and are so much smarter these days. Except, of course, as Greenspan points out itâs the politics that ultimately dictate whatâs going to happen, not the intelligence of central bankers. And even if some concede central bankers may have above average IQs, not everyone is quite so sanguine about politicians.

Now if they are so smart, the following question were warranted and asked:

Q: Why do central banks (still) own gold?
Greenspan: âThis is a fascinating question.â

He did not answer the question, but he did point out: âGold has always been accepted without reference to any other guarantee.â

While Greenspan did not want to comment on current policy, he was willing to give a forecast on the price of gold, at least in a Greenspanesque way.

When Greenspan was done talking, I gasped for air. Iâve talked to many current and former policy makers. But at best they say monetary policy is more difficult to conduct when fiscal policy is not prudent. It appears Greenspan has resigned himself to the fact that it was his role to facilitate government policies.

The reason this is most relevant is because many politicians think thereâs unlimited money to spend. And, of course, if the Fedâs printing press is at the disposal of politicians, the temptation to use it is great. Not only is there the temptation, some politicians truly believe the Fed could and should help out any time. As Greenspan now acknowledges, these politicians have a point.

While we have argued for many years that there might not be such a thing anymore as a safe asset and investors may want to take a diversified approach to something as mundane as cash, Greenspanâs talk adds urgency to this message. The dollar has lost over 95% of its purchasing power in the first 100 years of the Fedâs existence.

We now have a âbox of tinderâ and an admission that the Fed is merely there to enable the government. We are not trying to scare anyone, but summarize what we heard. My own takeaway from Greenspanâs talk was that anyone who isnât paranoid isnât paying attention. Did I mention he said the promises made by the government cannot be kept? Mathematically, he said, itâs impossible.

As part of the panel discussion, the topic of Switzerlandâs vote to force its central bank to hold 20% of its reserves in gold came up. We will have an in-depth discussion of this vote in an upcoming Merk Insight (to ensure you donât miss it, register to receive our free newsletters). Marc Faber spoke from my heart when he argued that the only credible gold standard is one that an individual puts in place for oneself; one should never trust a government to adhere to a gold standard. On that note, please register for our upcoming Webinar on November 20, 2014, where we will discuss how investors can build their personal gold standard.