Role of the Company 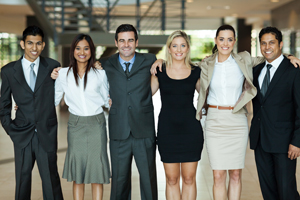 November 30, 2018 —Â NEW YORK–(BUSINESS WIRE)–A growing number of American workers expect their employer â current or future â to contribute to the community and world around them, and these expectations have only risen in the past year. Seventy percent of employees say that companies must work to address societyâs challenges, up from 63 percent in 2017. More than half (52 percent) expect their employer to help solve issues even if they are not central to the companyâs business, up from 41 percent a year ago.

These are some of the findings from the second annual Role of the Company Survey commissioned by MetLife. The study underscores the importance that workers place on social impact and the rewards that companies can earn from good corporate citizenship.

Todayâs employees have high expectations of companiesâ actions outside of the office, as 85 percent say good corporate citizenship is important in the company for which they work. Making a difference in the local community (76 percent) and making a difference in the world (72 percent) are almost equally desired by employees, but many feel their current employers could be doing more â only half say their current company delivers on these expectations (50 percent and 47 percent, respectively). Looking over the next five to 10 years, two-thirds of employees expect companies to have greater involvement in improving the environment (69 percent, up from 60 percent in 2017), and local communities (65 percent, up from 55 percent).

âAs the boundaries between work and life continue to blur, employees want to work for companies that have a positive societal impact,â said Mike Zarcone, executive vice president and head of Corporate Affairs for MetLife. âCompanies that demonstrate â and articulate â a commitment to good corporate citizenship have a leadership advantage in todayâs evolving workplace.â

As the boundaries between work and life continue to blur, employees want to work for companies that have a positive societal impact...

When employees feel alignment between their values and their work, companies benefit from increased loyalty and motivation. Eighty-five percent of employees who work for companies that reflect their values describe themselves as âloyalâ to their company and 54 percent are willing to go above and beyond at work, compared to 44 percent and 4 percent, respectively, when values donât match.

MetLife is the largest provider of employee benefits in the United States and has a deep expertise on the changing face of the U.S. workplace. Through its Employee Benefit Trends Study (EBTS), now in its 16th year, MetLife tracks both worker and employer attitudes and expectations about the role of employee benefits for the workforce. The next EBTS will be released in spring 2019. The Role of the Company Survey looks at the workplace through a broader lens, revealing what employees and society at large expect of corporations.

Research Methodology
MetLifeâs survey on The Role of the Company was conducted in August 2018 and was fielded by Engine (formerly known as ORC International), a leading business intelligence firm. The survey comprised 1,000 interviews with part-time and full-time U.S. employees, ages 21 and over. The margin of error was plus or minus 3.1%.