The Grass Really Is Greener for Breakaway Brokers

For many, with independence comes greater control and higher earnings 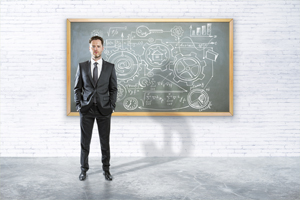 July 02, 2019 — JERSEY CITY, N.J.–(BUSINESS WIRE)–The independent registered investment advisor (RIA) channel is as attractive as ever to brokers seeking greater control over their careers and their ability to serve their clients, not to mention a higher standard of living for themselves, according to a recent survey conducted for TD Ameritrade Institutional1.

According to Discovery Data2, the independent RIA continues to attract more breakaways than any other in 2018, with a net gain of 3,184 advisors, compared to wirehouses, which had a net loss of 1,247 representatives.

The primary drivers to independence â more control, more independence, and the opportunity to build equity in a sustainable business — are consistent with previously reported TD Ameritrade Institutional findings3. Potential breakaways also reiterated in this yearâs survey that their biggest sources of dissatisfaction with their current firms are the corporate culture, strategic direction and their firmsâ compensation plans.

âThe independent path remains top of mind for brokers,â said Scott Collins, managing director of institutional consulting for TD Ameritrade Institutional, where he oversees recruiting of breakaway brokers as new RIA clients. âItâs not hard to see why: independent RIAs can provide comprehensive, professional advice and they have an alignment of values and interests with their clients.â

Other motivations to move also remain: potential breakaways say that their current firms are more constrained by the regulatory environment and pricing pressures, which impacts the ability of brokers to attract new clients and increase revenue.

But deciding on the right time to transition can be challenging, regardless of sentiment. Brokers surveyed reported holding off on going independent amid heightened market volatility so they can spend more time with clients and on managing their practice.

Ninety-three percent of breakaway brokers believe that the independent channel offers them at least as much income as, if not more than, their current firms. In fact, 36 percent of these brokers say they would move immediately if they knew their income would be slightly higher â that is, between 5 to 20 percent more than what they make today. That crowd would swell to 87 percent if their compensation was more than 20 percent higher in their first year in the independent channel.

The ability to have more control, together with the potential for higher income, are the top reasons brokers want to go independent, but the majority do not want to go it alone. Thirty-six percent of potential breakaways envision themselves acquiring or merging with another business on the road to becoming an independent RIA. And nearly a third (33 percent) want to join an existing firm.

Fear of the Unknown Remains a Hurdle

On the surface, many of todayâs potential breakaways seem to be ready to make a move: 99 percent say their clients choose to work with them individually because of a personal, trusted relationship, and three out of four say they do not need a big national brand behind them to grow their business.

But for more than half of the brokers surveyed, the unknowns hold them back from switching to the independent RIA channel.

Yet, according to those who have already become independent RIAs, these fears are largely unfounded. Eighty percent of those surveyed say the transition to the RIA model was easier than they imagined, 72 percent transitioned all the clients they wanted to keep, and 64 percent found that running their own business was easier than they had expected.

deciding on the right time to transition can be challenging, regardless of sentiment. Brokers surveyed reported holding off on going independent amid heightened market volatility so they can spend more time with clients and on managing their practice...

Further, 69 percent of RIAs agreed that breaking free of a national brand was better for their bottom lines, and a similar amount said that technology was even better than they had expected. Indeed, 83 percent of advisors in the survey said their quality of life had improved once they became an independent RIA.

âThose who choose the independent RIA route and enjoy its flexibility and leading-edge technology tell us they should have done it sooner — or that the reward has far outweighed any risk,â said Collins. âAdvisors say they canât imagine not being an independent RIA. They relish having full responsibility and authority for their success and being able to run their firms and manage their clients in the way they think is best.â

TD Ameritrade provides investing services and education to more than 11 million client accounts totaling approximately $1.3 trillion in assets, and custodial services to more than 7,000 registered investment advisors. We are a leader in U.S. retail trading, executing an average of approximately 850,000 trades per day for our clients, more than a quarter of which come from mobile devices. We have a proud history of innovation, dating back to our start in 1975, and today our team of 10,000-strong is committed to carrying it forward. Together, we are leveraging the latest in cutting edge technologies and one-on-one client care to transform lives, and investing, for the better. Learn more by visiting TD Ameritradeâs newsroom at www.amtd.com, or read our stories at Fresh Accounts.