The Evolution of LTCi

Not Your Grandpaâs Long Term Care 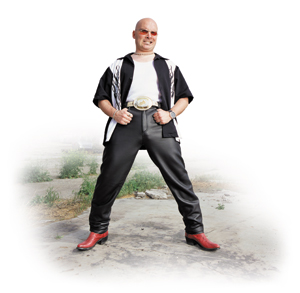 Mr. Vandy is Vice President of Marketing for National & New York Long Term Care Brokers in Clifton Park, NY. NLTCB is a nationally recognized BGA specializing in LTC, Life, DI and Fixed & Indexed Annuity Brokerage and provides product, marketing & sales and back office support to insurance agents & brokers, financial advisers & planners, broker dealers and others throughout the U.S.. Mr. Vandy can be reached at 518.688.8105 or bvandy@nyltcb.com.

PART I in a three-part series

It wasnât that long ago that the Long Term Care Insurance (LTCI) world was, as were many others, simpler. We sold traditional LTCI policies that had a daily benefit around the cost of a day in a nursing home, had at least a 3 year benefit (and more likely 4 or 5, or even lifetime!), a 30 day elimination period (yeah, letâs just call it a deductible, shall we?), a host of possible riders and of course, carried a 5% compound inflation rider. All in, the premiums probably ran around $2,200 bucks a year, on average.
Oh, and by the way, the average age of an applicant buying the policy was about 65.

All in all, life was good. Many people appreciated the coverage, could afford the then-seen-as-reasonable premiums (which, of course, would never go up, right?) and, perhaps most important, could actually health qualify.

So, what happened? In a word: reality

In some respects, it is broader economic reality weâve had to contend with (for example, in the form of a prolonged reduced interest rate environment which virtually no one could have predicted and which has had a significant impact on LTCI pricing); in other respects, it is the raw market realities of the LTCI world that have changed (such as higher than anticipated claims occurrences – due in no small part to the higher average issue ages & more liberal underwriting philosophies historically, a much higher instance of women on claim vs. men â at a ratio of 2/3 to 1/3 in fact â and a much higher percentage of people keeping their LTCI policies over the long term than originally anticipated â also resulting in higher claims occurrences). The combination of both the broader economic factors and the LTCI market realities has led to a new world order of sorts in LTCI and the âperfect stormâ of change weâve experienced.

In fact, the LTCI world as we know it has indeed changed dramatically; here are some of the changes weâve seen:

So, what happened? In a word: reality

The flip-side of this â and the main takeaway of this article â is that one very important thing has NOTchanged. And that is, simply put â the NEED! As a result of that, we still have work to do!
What I mean by that is that the NEED for proper long term care planning still remains and is arguably more important than ever. Longer lives are not always healthier lives, resulting in even more instances of chronic or extended care need than ever. Splintering of family units has continued to result in an inability of families to care for their own in a widespread way. And, it is becoming clearer and clearer that we can NOT count on a purely public solution to the LTC financing crisis in this country (case in point – how are our Medicare and Medicaid budgets doing, and oh yeah, who remembers the CLASS Act?).

So â whatâs an advisor to do?

Well, first and foremost, take heart. The rumors of the demise of the LTCI industry have, in the authorâs opinion, been greatly exaggerated.

Is the private LTCI world different than it was a few short years ago? Yes.
Does that mean LTCI, as we know it, is on its deathbed? Hardly.
If you need a recent example of this, think back to the early to mid-1990s (those of you industry-tenured long enough to remember) and the changes individual disability income insurance went through. You may recall that unexpected claims (from soft tissue and mental & nervous disorders, for example) skyrocketed, resulting in carriers exiting the DI business, raising premiums, issuing contracts with more limited coverage than was available previously and tighter underwriting. Sound familiar?

And, what was the result? Did the individual DI business go away? No. It simply evolved. Today, we have fewer carriers in the DI market (maybe 6-8 meaningful players vs. the dozen plus carriers before), but the market has arguably âstabilized.â Products were updated to reflect current market realities and there is a meaningful DI market today as a result.

I think we see that same evolution happening in the LTCI market. As a [still] fairly new product segment, weâve learned some things, have had to adjust (sometimes uncomfortably so) to some things, but appear to be doing â believe it or not â the right things to create a more stable environment for LTCI to not only survive, but thrive, in the next decade and beyond. It may seem counterintuitive to some for the time being, but carriers are taking the necessary steps to provide for a solvency in the market for years to come.

In Part 2 of this series, weâll examine more closely the multitude of product solutions you have RIGHT NOW for your clients and prospects, and discuss ways of designing policies to fit both your prospectsâ needs and their budgets.