The Evolution of LTCi 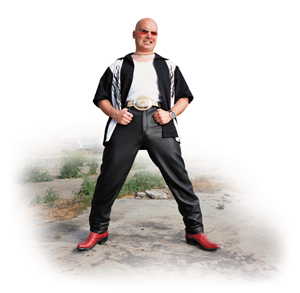 PART III in a three-part series
In part 1 of this series, we took stock of the past and current LTC planning environment, with an eye toward the role of LTC Insurance. In part 2, we took a closer look at those product solutions, including traditional and Partnership LTCI, as well as the newer âlinked benefitâ product solutions which, in one way or another, combine life insurance (or sometimes annuity) and LTC (or sometimes âchronic illnessâ) benefits to help satisfy client planning needs.

In this final part of the series, weâll examine some specific ways to make the policy design more palatable for your client or prospect, so they donât abandon the notion of using a product to solve their planning need because of âsticker shockâ or another manifestation of being overwhelmed. Letâs face it; as worrisome as some facets of the current LTCI product environment may be, the cost â both financial and non-financial â of doing nothing because of a case of âhead in the sandâ paralysis could be potentially far, far worse than having at least some level of coverage in the event of a care need later.

And that brings us to the first tip we want to share when it comes to LTCI product design:

Next, once weâve concluded that a more reasonable daily benefit is both advantageous and affordable to your client or prospect, we can address another design issue:

The Benefit PERIOD (BP) (or âfactorâ as itâs sometimes called â since, for example, a 3 year benefit factor can actually equate to a much longer timeframe because of the âpool of moneyâ concept in LTCI).
Historically, our approach has often been to get the longest BP possible. In fact, there are some who have sold almost exclusively â and would still likely do if it were widely available â a LIFETIME benefit. Whatâs the problem with that approach? Well, there are really two problems: (a) You canât get it anymore in the LTCI market (because carriers find it so difficult to price for and, even if they could, it would be terribly expensive) and (b) Even if you could get it, many would argue it is OVERINSURING the risk.

Now, we recognize that we are all quite concerned with the extended Alzheimerâs or other dementia related risk when it comes to LTC. But, the reality is that (a) claims statistics show the average claim lasts, on average, less than 3 years and (b) the pricing for many longer term benefit periods or factors puts it out of the reach for all but your wealthiest clients and prospects. Designing a policy to pay benefits for, say, 3 years is likely to handle a vast majority of claims (92+% according to some recent stats and, yes, we recognize it will be inadequate for some of the less likely, longer term claims), and a client purchasing such a policy, when they would otherwise likely purchase no coverage at all, can be a Godsend.

The next item worth discussing is inflation. Everybody should have 5% compound, right? WRONG!

So â there are just a few hints and things to keep in mind as you map out LTC, and LTCI, plans for your clients and prospects in the future.

Your main takeaways from this series of articles should be â at least â that the LTCI industry is changing, and will continue to, the news is not all bad (the rumors of the death of LTCI have been wildly exaggeratedJ) and you CAN indeed design LTC insurance policies â whether traditional or linked benefit â to suit both the needs AND the pocketbooks of a majority of your clients.

Until next time â Good selling!!