… and More Workers are Eligible for Coverage 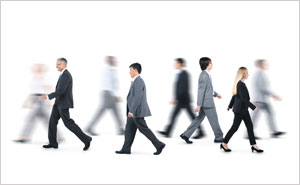 Washington, D.C. â In 2017, the overall percentage of private-sector employers offering health benefits increased for the first time since 2008, according to researchers from the Employee Benefit Research Institute (EBRI), a private, nonpartisan, nonprofit research group based in Washington, D.C. The findings were published in the latest EBRI Issue Brief, âAfter Years of Erosion, More Employers are Offering Health Coverage; Worker Eligibility Higher.â

âWe found increases across all sizes of plans,â noted EBRI Director of Health Research Paul Fronstin. âBetween 2014 and 2016, the percentage of the largest employers studied that offered health coverage increased from 92.5 percent to 96.3 percent, and we saw an increase from 21.7 percent to 23.5 percent for the smallest employers studied â those with fewer than 10 employees â between 2016 and 2017.â

The Affordable Care Act (ACA) requires that employers with 50 or more employees offer coverage or pay a penalty. Employers with fewer than 50 employees are exempt from this provision. The increase may be due to the strengthening economy, lower unemployment rates, and/or relatively low premium increases.

The Patient Protection and Affordable Care Act of 2010 (ACA) requires employers with 50 or more employees to either offer health insurance coverage or pay a penalty. Employers with fewer than 50 employees are exempt from this provision. However, the law includes a number of provisions intended to make it easier for small employers to obtain coverage for their employees. They include insurance market reforms, the Small Business Health Options Program (SHOP) or health insurance exchanges, and small employer tax credits.

The ACA also requires that individuals have health insurance coverage or pay a penalty, though the Tax Cuts and Jobs Act of 2017 eliminated the financial penalty for not having health insurance starting in 2019. What impact is the ACA having on health insurance offer rates? Are large employers continuing to offer coverage or are they choosing to pay the penalty? And what are small employers, free of a pay-or-play mandate, doingâcontinuing to maintain plans, setting up plans to help their employees satisfy their individual mandates, migrating to the new health exchanges, or moving away from offering health coverage?

Since the ACA was enacted in 2010, there have been numerous predictions that employers would drop coverage:

There were also contrary views at the time. A number of studies concluded that there would be relatively little net change in the number of people with employment-based coverage in the short term as a result of the ACA, but there was less certainty on the longer-term effects. In addition, a 2016 New York Times story concluded that ââ¦ those predictions were largely wrong. Most companies, and particularly large employers that offered coverage before the law have stayed committed to providing health insurance.â

In contrast to large employers, small and midsized companies did not stay the course. Regardless of establishment size, the percentage of small and midsized employers offering health benefits started falling as far back as 2009. Interestingly, in August 2016, the Wall Street Journal reported on anecdotal evidence that some small companies that had dropped health benefits were restoring the benefit

There are now several years of post-ACA-enactment data that, combined with pre-ACA data, help identify the trends over the last 10 years in the availability of health plans by private-sector employers of various sizes. In this paper, we use data from the Medical Expenditure Panel Survey â Insurance Component (MEPS-IC) to examine how the availability of employment-based health insurance has been changing. The MEPS-IC, is a survey of private- and public-sector employers fielded by the U.S. Census Bureau for the Agency for Healthcare Research and Quality (AHRQ). The survey has been fielded annually since 1996 (with the exception of 2007). Over 40,000 private-sector establishments were interviewed in 2017.

Generally, large employers have stayed the course by continuing to offer health coverage to their workers. Nearly all large employers offered health coverage before enactment of the ACA and continued to do so through 2017. Over this period, the percentage of employers with 1,000 or more employees that offered coverage was consistently near or above 99 percent and was 99.3 percent in 2017.

In contrast to large employers, small and midsized companies did not stay the course. Regardless of establishment size, the percentage of small and midsized employers offering health benefits started falling as far back as 2009. Interestingly, in August 2016, the Wall Street Journal reported on anecdotal evidence that some small companies that had dropped health benefits were restoring the benefit. National data collected since then bears this out: there appears to be the beginning of a rebound in employment-based coverage offer rates in every establishment size category below 1,000 starting between 2015 and 2017. More specifically:

The Employee Benefit Research Institute is a private, nonpartisan, nonprofit research institute based in Washington, DC, that focuses on health, savings, retirement, and financial security issues. EBRI does not lobby and does not take policy positions. The work of EBRI is made possible by funding from its members and sponsors, who include a broad range of public, private, for-profit and nonprofit organizations. For more information go to www.ebri.org or visit the web site of EBRIâs affiliated American Savings Education Council at www.asec.orgÂ