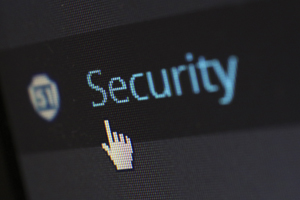 LONDON–(BUSINESS WIRE)–The Egress 2021 Insider Data Breach Survey has revealed that almost three-quarters (73%) of organizations have suffered data breaches caused by phishing attacks in the last year. Remote work has also increased the risk of a data breach, with over half (53%) of IT leaders reporting an increase in incidents caused by phishing. In addition, the research has revealed concerns over future hybrid working, with 50% of IT leaders saying it will make it harder to prevent breaches caused by malicious email attacks.

The survey, which was independently conducted by Arlington Research on behalf of Egress, polled 500 IT leaders and 3,000 employees across the US and UK in numerous vertical markets including financial services, healthcare and legal. The results also highlight the human cost of phishing as it found that in almost one quarter (23%) of organizations, employees who were hacked via a phishing email left the organizations – either voluntarily or involuntarily.

A Pandemic Of Phishing

The past year has proven to be extremely challenging for cybersecurity leaders as more malicious activity has taken place online. The rise in activity is mainly due to an increase of online users and recent successful attempts by small and large criminal organizations. In addition to the sheer volume of phishing attacks that organizations withstood during the pandemic, remote work made it more difficult to stop data breaches caused by malicious emails. Over half (53%) of IT leaders say that remote working drove an increase in data breaches caused by phishing in the last year, and half (50%) also believe that remote/hybrid working will make it harder to prevent data breaches caused by phishing in the future.

Egress VP of Threat Intelligence Jack Chapman comments: âOrganizations are being bombarded by sophisticated phishing attacks. Hackers are crafting highly targeted campaigns that use clever social engineering tricks to gain access to organizationsâ most sensitive data, as well as leapfrog into their supply chain. Phishing is also the most common entry point for ransomware, with potentially devastating consequences.

âRemote working has also made employees even more vulnerable. With many organizations planning for a remote or hybrid future, phishing is a risk that must remain central to any security teamâs plans for securing their workforce.â

Empowering Insiders To Do The Right Thing

With the right technology and strategy in place, organizations can transform their people from their biggest security vulnerability into their strongest line of defense...

The research revealed that an overwhelming 97% of employees would report an insider data breach to their employer â which is reassuring for the 55% of IT leaders who rely primarily on employees to report incidents. However, when employees do speak up about breaches, it can cost them: the research found that 89% of incidents lead to repercussions for the employees involved, including informal and formal warnings, and dismissal.

In addition, just 54% of employees said that they feel their organizationâs security culture trusts and empowers them, indicating that many organizations lack a security-positive culture.

The Risks Of Hybrid Working: A Difference In Opinion

The biggest driver for change in insider risk over the last year has been the adoption of long-term remote working due to the pandemic. Over half (56%) of IT leaders believe that remote work has driven an increase in data breaches caused by human error. Meanwhile, employees disagree, with 61% believing that remote work makes them less, or equally, as likely to cause a data breach.

Egress CEO Tony Pepper comments: âInsider risk is every organizationâs most complex vulnerability â and it has far-reaching consequences, from ransomware attacks to loss of client trust. Organizations must act now to mitigate the risk posed by their people.

âThe research highlights the importance of empowering employees â they want to protect their employerâs data, and itâs up to organizations to ensure that theyâre building a security-positive culture. With the right technology and strategy in place, organizations can transform their people from their biggest security vulnerability into their strongest line of defense.â

The Insider Breach Report 2021 was independently conducted by Arlington Research on behalf of Egress, surveyed 500 IT leaders and 3,000 employees in the US and UK across vertical sectors including financial services, healthcare and legal.

Our mission is to eliminate the most complex cybersecurity challenge every organization faces: insider risk. We understand that people get hacked, make mistakes, and break the rules. To prevent these human-activated breaches, we have built the only Human Layer Security platform that defends against inbound and outbound threats. Using patented contextual machine learning we detect and prevent abnormal human behavior such as misdirected emails, data exfiltration and targeted spear-phishing attacks.