An emerging workforce in pursuit of stability

New research from Cake & Arrow examines how Covid-19 is changing the gig economy and what this means for insurance. Review their full analysis here. 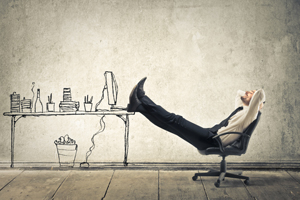 The pandemic finally put to rest a myth about the Gig Economy thatâs been peddled for more than a decade. Following quick on the heels of the 2008 financial crisis, a ânewâ labor paradigm took shape.

Occasioned by record-breaking unemployment and unleashed by advances in smartphone technology, the Gig Economy gave workers new and streamlined ways to find and book work and monetize assets in place of or in addition to traditional employment.

Sold to workers as a means of unshackling them from the constraints of full-time employment, the Gig Economy promised to rush in a new era of worker flexibility, freedom, and autonomy empowered by technology.

The Gig Is Up

Just as the prognosticators warned a decade ago, the Gig Economy is not all itâs cracked up to be. The last decade has seen gig work slowly unmasked and exposed for what it truly is, with the pandemic quashing any lingering optimism as the bottom fell out for millions of gig workers when the pandemic struck.

In reality, the rise of the gig economy has left millions of workers highly vulnerable, overexposed to risk and competing for ever-diminishing wages. It took a pandemic to fully expose how vulnerable gig workers truly are.

Platform work makes up a small percentage of gig work but is nevertheless transforming the nature of work, turning workers into âentrepreneursâ and âusersâ and setting the terms of employment and labor for years to come.

As consumer demand for on-demand services goes up, more platforms emerge, drawing in more workers. More competition among platforms drives down prices for consumers and wages for workers, who are incentivized to do more work for less money.

People of all ages do gig work, but Millennials make up the largest share of gig workers â just as they do the workforce at large.

Framing gig work as a choice obfuscates the way that traditional full-time work can be elusive for many and unaccommodating to the realities of peopleâs lives.

For gig workers, financial stability and security are prized above flexibility. Many who seek out gig work are attempting to have both, a feat which is becoming increasingly difficult amidst an economic recession.

Over the past decade, employers have slowly retreated from the central role they once played in workerâs lives. What, if anything, will replace them?

As more and more people find themselves in unconventional work arrangements, the central role of the employer is diminishing, leaving millions in the lurch, unprepared and ill-equipped to achieve the kind of stability and security once promised by full-time employment.

In the US, employers have long been seen as the organizing principle in peopleâs livesâ determining everything from where they live, how they plan their personal lives, and of course how they access insurance and other benefits.

Even before the pandemic, this employer-based framework failed to account for the millions who did not work traditional full-time jobs or were otherwise categorized as something other than an employee.

The pandemic has accelerated this trend, leaving some adrift and hustling to find alternatives to the benefits and supports afforded by full-time employment, and others no longer tethered to the traditional constraints of their work.

For better or worse, the pandemic has upended even traditional full-time work, thrusting more and more people into an experience not unlike that of a gig worker...

And now that millions can work remotely from their homes, everyone looks a little like a gig worker.

The pandemic has made everyone a little more like a gig worker.

For better or worse, the pandemic has upended even traditional full-time work, thrusting more and more people into an experience not unlike that of a gig worker â giving many a taste of the freedom and flexibility of gig work, while also making everyone feel a little more vulnerable.

1/3 of Americans are worried about having their work hours cut or losing their jobs.

Remote workers are expected to have their homes double as offices, with all of the expense and inconvenience this entails, while those who must continue their work in person do so at the risk of their health and that of their families.

As peopleâs homes become their offices and the responsibilities of family and work overlap, the professional and the personal become fluid.

With 33% of all workers now exclusively working remotely, it is now easier for some to live in different places, to work alternative schedules and to accommodate the needs of their families, their health or other responsibilities.

The post-pandemic world will demand that we reevaluate what systems and structures outside of employment might better support people in the midst of uncertainty.

As the pandemic carries on, itâs clear that in all likelihood, life will continue to feel less predictable and employment less secure for everyone. This, perhaps, will create renewed urgency around developing novel systems and support structures for people as they seek to achieve a sense of stability and security in their lives, even amidst uncertainty.

If the pandemic has shown us anything, it has shown us that employers do not necessarily play the central role we imagine them to. We all exist within a complex network of interdependencies that extend well beyond our employers â to our communities, or families, our identities, etc..

Yet access to the kinds of stabilizing structures so important in peopleâs lives right now (ie. insurance and other types of benefits) continues to exist primarily through an employer, but also through a certain type of employment â one which is becoming increasingly hard to come by.

While fully addressing this issue may be a matter of structural change, in the shorter term can private industry find ways to weave the kinds of stability and security we get from full-time employment into our existing networks of interdependencies?

1.) Forget What You Thought You Knew

Stop treating gig workers as a niche market, but instead as representing a realignment in terms of how people are working and living

Use this understanding to identify new risks, needs and opportunities that correspond with new and emerging ways of living and working. Expand core products and offerings accordingly.

Position risk mitigation products as something other than âinsurance.â People donât like insurance, and most donât think of it as something that protects them.

Empower your customers to see themselves as entrepreneurs. Consider it your job to help them feel entitled to the kinds of protection and support traditionally provided by employers.

Build solidarity amongst workersâhelp them organize and advocate for themselves. Work with them to better serve their needs.