Gig Workers Doing Their Part for US Economy 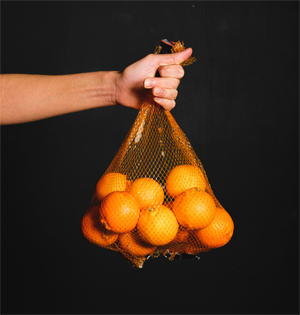 ATLANTA, April 06, 2020 — In the midst of global uncertainty, Steady, a groundbreaking platform that advises and advocates for gig workers seeking stable income in America, today released data from a cohort of its 1.7+ million members who have linked their bank accounts through the Steady platform.

Last weekâs US Labor Department jobs data revealed an early, dark glimpse into the economic damage brought on by the COVID-19 crisis, with non-farm payrolls dropping 701,000 jobs in March and an unemployment rate of 4.4%.

âBy and large, COVID-19 has had an overwhelmingly negative impact on the hourly and gig economies,â said Steady Co-Founder and CEO Adam Roseman. âOverall income is down, but data is showing a slight uptick in certain categories. Steady members who receive income from restaurant and grocery delivery, as well as grocery retail, drugstore retail, Amazon and Walmart have seen an increase in income, while Steady members who drive for ridesharing platforms or work in the hospitality industry, have seen a sizable or complete loss of income, as more people are working from home and not leaving except to get groceries, go to the doctor or pick up a prescription.â

When comparing the last two weeks in March with the previous two week timeframe, Steady members saw a 47% income uptick in income in the Delivery-Grocery category (from $324.80 to $479.90), but the largest jump in income came from users receiving work from Amazon, which has been hiring to meet the demands of those sheltering in place. Those members saw a 10.4% increase in income during the same time period (from $315.90 to $348.80).

Alternately, data shows COVID-19âs impact on the hourly and gig economies has been predominantly negative. Total income earned by Steady members across all categories was down 18% last week and approximately 54% from income peaks a month ago. Additionally, Steady members who earn income from ridesharing platforms have seen a continual drop in income over the past three weeks (23% in the last week alone) and members who work in Hospitality saw a 93% reduction in income last week compared to the third week in February. Among reporting members, a 23% decrease in income was reported over the past seven days.

data shows COVID-19âs impact on the hourly and gig economies has been predominantly negative. Total income across all categories was down 18% last week and approximately 54% from income peaks a month ago...

In three of the cities hit hardest by COVID-19, New York, San Francisco and Los Angeles, the following trends are emerging:

Steady Stepping Up During Crisis

To meet the demands of a shifting workforce due to the current global pandemic, Steady is launching a new job category in its âWorkâ section identifying gig, shift and hourly jobs that are among the highest in need of workers and prioritizing these positions to make them easily accessible to Steady’s members. Steady is additionally adding many more Work From Home (WFH) opportunities to its job-finding platform to assist members impacted by job closures and hour reductions find work they can do while meeting demands at home, and expanding its Marketplace to include and integrate new service areas, including telehealth solutions.

About Steady
Launched in 2018, Steady puts tools into the hands of American workers to help them solve their increasing income challenges caused by wages not keeping up with costs of living, the reduction of available work hours at employers due to their driving efficiencies, and future job loss due to automation. Steady makes it easier than ever for workers to fill their income gaps, gain insights into their income, and improve their overall financial well-being. To date, the Steady app has been downloaded more than 2.3 million times.