Who Are Gig Workers and How are They Faring? 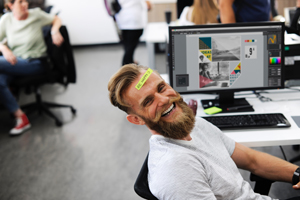 JUNE 15, 2018–Â While the term âgig economyâ may conjure images of Millennials driving for Uber, the reality is that workers in alternative employment arrangements are far more likely to be Gen Xers or Baby Boomers. This is the evidence from the Bureau of Labor Statisticsâ (BLS) recently released Contingent and Alternative Employment Arrangements supplement. The survey finds that 10.6 million workers identified themselves as independent contractorsâ6.9 percent of total employment. Of this group, by far the largest cohort is workers ages 55 or older: 37 percent. This compares to the 22 percent of workers with traditional work arrangements that are in this age cohort.

Granted, many of the independent contractors do not have mobile app-based employment: 25 percent describe themselves as being in professional and business services. However, a 2018 Financial Attitudes & Behaviors Toward the Gig Economy survey by T. Rowe Price shows that older â not younger â workers are more likely to have gig work: 9 percent of Millennials identify themselves as earning income in the gig economy, compared to 19 percent of Gen Xers and 11 percent of Baby Boomers.

On the positive side, the BLS reports that 79 percent of independent contractors prefer their work arrangements to traditional jobs. However, the report also notes that, in general, the proportion of workers in alternative employment arrangements who actually participate in employer-provided retirement plans is lower than for those in traditional arrangements. The 2017 Gig Worker On-demand Economy survey by Prudential confirms this, finding that only 16 percent of gig-only workers say they have access to employer-sponsored retirement plans (and this could also be from previous employers or via their spouse), compared to 52 percent of full-time workers. Traditional workers are nearly six times as likely to have access to benefits such as life insurance as gig-only workers. As Jake Biscoglio of Prudential Financial pointed out at EBRIâs âExploring the Gig Economyâ panel at its 38th Policy Forum, access to benefits is the number one challenge reported by gig workers.

Chances are, these older gig workers are not securing their financial wellbeing on their own. For example, only 10.2 percent of workers in that age category contribute to an IRA, with a median IRA balance for such workers standing at $51,400

Chances are, these older gig workers are not securing their financial wellbeing on their own. For example, only 10.2 percent of workers in that age category contribute to an IRA, with a median IRA balance for such workers standing at $51,400.

At EBRIâs recent Policy Forum, Julie Stitzel, managing director of Policy and Strategic Initiatives at the U.S. Chamber of Commerce attributed the lack of benefits for gig workers to outdated labor laws, noting that Chamber members are hesitant to push the envelope when it comes to providing benefits because of reclassification risk. She gave the example of one well-known gig employer that has partnered with online financial advisor Betterment to help contractors save their money. The Betterment service is provided for free in the first year and is discounted to independent contractors in the second. But the gig employer does not believe it can go beyond providing this simple integration with Betterment out of concern of running afoul of reclassification risk, according to Stitzel. In other words, gig employers may want to provide benefits to their contractorsâand may even seek creative solutions to do soâbut they feel hamstrung in their efforts given current labor laws.

In the Policy Forum, a wide range of possible solutions was discussed for drawing gig workers into the retirement system, including a possible federal retirement marketplace solution similar to what is being offered in New Jersey and Washington State; more widespread availability of open multiple employer plans; or employer-sponsored defined contribution plans that can be ported between traditional and nontraditional employers.

But one widely agreed-upon theme at the Policy Forum was that any good policy solution will require good data. As such, the fact that the BLS has even fielded the recent Contingent and Alternative Employment Arrangements survey is a step in the right direction: this is the first time the survey has been conducted since 2005. We might note that good policy solutions also require good analysis. The Employee Benefit Research Institute (EBRI) will continue to work with available data such as that of the BLS survey to bring into focus the true state of gig workersâ overall wellbeing.