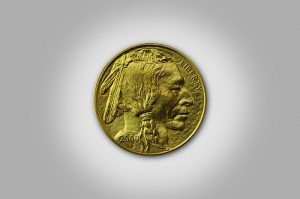 by Merilee A. Kern, MBA

Ms. Kern is a brand analyst, strategist and futurist who reports on noteworthy industry change makers, movers, shakers and innovators across all B2B and B2C categories. She is the founder of âThe Luxe Listâ and the host of the nationally-syndicated âSavvy Livingâ TV show. Connect with her at www.TheLuxeList.com and www.SavvyLiving.tv

The COVID-19 pandemic has spurred fresh demand for tangibleâand highly giftableâassets like art, antiques and gold bullion, but rare coins are garnering fresh attention all their own. Not only are they an alternative investment option fostering wealth preservation and capital growth, but rare U.S. coins are also meaningful, sentiment-laden Americana-minded gifts apropos for the winter holidays and honoring other significant occasions like weddings, anniversaries, birthdays, graduation, promotions, retirement and Valentineâs Day, among others.

There are actually numerous reasons why gifting coin collectibles is a savvy choice inevitably revered by recipients. Beyond the intrinsic historical significance and pedigree of rare coin artifacts, theyâre also tangible investments that help diversify a portfolio and mitigate risk. In fact, FinancialPoise.com substantiates this particular asset class is proven to âweather stormsâ while also performing with market-like returns.

Speaking of weathering storms, while the novel coronavirus was sweeping its way across the globe and making financial markets worldwide shudder in its wake, rare coin âprices and participation have risen rapidly since the beginning of the pandemic,â according to Mark Salzberg, Chairman of Numismatic Guaranty Corporation (NGC), in a September 2020 report. It also indicated that the NGC Registryâa free online platform where rare coin collectors compete for recognition and awardsâhas increased its membership base a full 33% in 2020 despite pandemic woes.

The sustained and even escalated demand for United States rare coin assetsâincluding those being procured and proffered as gifts for anotherâis no surprise, as they are historical artifacts that have survived the test of time. Recipients become captivated by why and how they were made, the intrinsic beauty of each and the history and lineage behindâand oft unique toâevery piece.

Past & Present In The Global Coin Market

Today, there are strong driving forces behind the uptick in the global coin market, which is currently estimated at $17.59 billion in revenue annually and growing. This includes the rise in Internet access as well as the popularity of various initiatives, including that from the United States Mint. With the recent explosion in interest in these historical items, even the Smithsonian Institution’s National Museum of American History has greatly expanded the space devoted to its numismatic collection and made it a permanent exhibit at the museum.

Below, beyond the pride and privilege of owning these elusive museum-quality treasures, rare coin collecting and investing authority Michael Contursi offers the top five fiscal reasons rare U.S. coins are a smart and sophisticated gift idea that keeps on giving:

With more than $8 trillion of monetary rescue programs and unprecedented global economic stimulus, in addition to the Federal Reserveâs recent adoption of an average inflation target, now more than ever investors are seeking real assets that are proven hedges against inflation. Due to increases in both the money supply and demand for a finite supply of U.S. rare coins with intrinsic value, these assets are poised to continue serving as a hedge against inflation.

As well, important advances in transparency mean investors no longer need to be an expert, lifelong collector or hold any particular expertise or knowledge base to own these real assets. Global consumer protection organizations like the Professional Coin Grading Service and Numismatic Guaranty Corporation put a financial guarantee on the authenticity and condition level from 0-70 for each coin. This transparency mitigates risk and uncertainty and enhances comfort levels. Anyone can go online and become privy to information like the population known to exist for each coin variety, how many coins are graded higher and even procure price guide valuesâunderstanding the finest known coins have very few public sales over the last several decades. Providing yet additional security and peace-of-mind, todayâs coins are placed in sonically-welded holders with anti-counterfeit technology and come with a barcode and certification number.

Owning U.S. rare coins has remained a time-tested wealth preservation vehicle. It is as simple as basic supply and demand. These scarce assets have a finite known supply as the United States Mint has kept population records for every coin produced since the birth of the nation. Further, the demand for rare coins has always been high as discerning collectors compete against their peers to own the finest collections. Additionally, since the Great Recession of 2007 to 2009, there has been an exponential increase in the number of global millionaires, a class forecasted to reach 63.9 million individuals by 2024, according to Knight Frankâs âThe Wealth Report.â According to its survey of advisors to ultra-high net worth investors, the report further states that nearly one-third of these clients plan to increase their luxury investment allocations. This is anticipated to further increase non-collector global demand for trophies like rare coins, where the asymmetry of low supply and high demand casts a strong positive outlook for further price appreciation.

Beyond the basics of supply and demand, wealthy families that have invested in or collected U.S. rare coins typically have holding power and generally do not need to liquidate their most prized possessions for less than what they paid for them. If your family, for example, owns a rare coin that no one else in the world can own unless you are willing to sell it, youâre positioned to preserve your hard-earned capital and likely realize the level of profit you seek.

Rare coins are an exciting way to possess popular historical artifacts that very few people can ever obtain while also diversifying investment allocations...

With increased cybersecurity threats on financial accounts, a litigious society looking to put liens on searchable assets and global political instability, high net worth investors are placing a significantly greater premium on privacy. The rare coin market is self-regulated, allowing transactions to remain completely private. This makes the process of buying, owning and selling rare coins very fast, stealth and convenient. Whereas other real assets and collectibles can require significant maintenance or storage costs that eat into net profits, the holding cost for rare coins can be as simple as storing in a small safe deposit box in the jurisdiction of your choice. In addition, owners of these assets can transport large amounts of wealth with extreme ease due to the manageable weight and size of these assets. In fact, many owners use them as a type of insurance policy to retain private wealth outside of the banking system in case of emergency.

In addition to preserving wealth, U.S. rare coins have demonstrated stability and consistent price appreciation for over 125 years. With the founding of the American Numismatic Association in 1891, as well as public auction records going back several decades, there is a massive amount of third-party public data showing a long track record of performance.

For example, the $4 Stellaâproduced only from 1879 to 1880âwas designed to be used as an international currency to help facilitate trade and travel by U.S. citizens. This proof example from the book titled â100 Greatest U.S. Coins,â authored by Jeff Garrett, has shown steady price appreciation over the last 60 years, where often times these assets remain in a familyâs estate and are passed down to heirs for multiple generations.

Based on the demand for luxury assets and their historically strong risk-return profiles, ultra-high net worth investors are allocating to their portfolios 5% collectibles, with rare coins increasing an impressive 175% in asset value over the last 10 years. There are very few global markets showing more than a century of market-like returns. Blue chip paintings come to mind, although the entry point could be $30 million, whereas an entry-level rare coin is generally in the $75,000 to $150,000 range for the finest known items that collectors need.

Those investors with holding power are in a very strong position to profit, as passionate collectors desire to obtain the items that investors ownâand wholeheartedly relishâhaving in their portfolios. Thus, for collectors to locate these items in a private market and then find someone willing to sell is often an extremely difficult challenge.

If a collector is lucky enough to get that far and find a willing seller, availability becomes much more important than price. The reality is, many rare coin owners with no real need or desire to sell reject lucrative buyer offers, preferring to keep these trophies in their estates without any need to sell.

U.S. rare coins are not correlated to traditional markets, geopolitics or, thankfully, the 24-hour news cycle. Moreover, these assets are not even tied to the spot price of gold or other commodities, just like a Leonardo da Vinci painting is not correlated to the price of paint. Further, the rare coin market performed well during the Great Recession and continues to do so despite COVID-19âeven back in late March 2020 when markets were crumbling prior to global intervention via stimulus.

âAny one of the five wealth driving and safeguarding benefits above are prompting many individuals to gift rare coins to others,â notes Contursi, President of Rare Coin Wholesalersâa multi-generational family business has been among the most prominent investors in U.S. rare coins for almost half a Century. âOf course, these advantages are also prompting wealthy families to add to their own existing holdings or to start acquiring as a way to diversify their real assets or tangible collectibles and, in doing so, enhance their overall risk-return profile. â¨â¨As goes without saying, whether for gifting purposes or for personal gain, it is imperative to work with a reputable dealer to best assure a rare coin purchase is made for the right items at a fair price. Incidentally, there are only a handful of dealers in America who are able to purchase the finest known coins and supply the rest of the market. Such upper-echelon dealers pass that value to investors who can avoid paying a premium to middleman, or worse yet purchase coins that are not recommended holdings. In this realm, transacting in partnership with a well-suited dealer is worth its weight in gold.

Based on Contursiâs top five rare coin gifting considerations above, this is an asset that would surely be treasured for yearsâand perhaps generationsâto come. Rare coins are an exciting way to possess popular historical artifacts that very few people can ever obtain while also diversifying investment allocations. Indeed, these âtrophy assetsâ can provide many personal and financial benefits to those fortunate enough to be stewards of these unique pieces of American history.