Getting A Handle On Student Debt 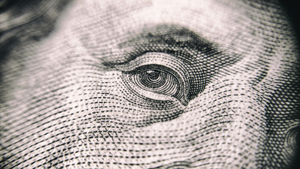 Most American families carry some debt. Mortgages, car loans and credit cards are just some of the more common â and acceptable â forms. Student loans to help finance education are another all-too-common reality. D.A. Davidson surveyed 2,000+ American adults about their thoughts on the student debt crisis and borrowersâ ability to make loan payments. The data revealed unique insights about those who are able to make regular payments and those who are not. Financial advisors are in a unique position to assist families with managing their debt, and they can leverage these survey findings to better address student loan conversations with their clients and families.

The vast majority of the public believes America has a student debt problem. In our survey, 81% voiced this belief, and this sentiment proved consistent among all respondents regardless of their personal experiences with it â 75% of those who have never had student debt agreed, alongside 89% of those who have. With such a universal consensus around the debt problem, one might think that there would be agreement regarding how best to address this growing challenge, which some have called âthe next credit crisis.â

There has been much talk on Capitol Hill regarding potential sweeping student loan forgiveness. While certain narrow constituencies and groups have been granted loan forgiveness, most students have not. Over half of total survey respondents (55%) were in favor of the government implementing wide-scale student loan forgiveness. Looking at the responses by generation, this includes 38% of Baby Boomers, 64% of Gen Z and 71% of Millennials who feel this way. Clearly, the generational divide and differing perspectives on wide-scale loan forgiveness poses a challenge to universal adoption. And, with the moratorium on student loan repayment (currently) expiring on January 31, 2022, students will once again soon need to make payments.

Are they prepared to restart?

At first glance, one might think that the ability to pay student loans would primarily be driven by socioeconomic status, but our data revealed something different. Males and females reported different abilities to pay off their student loan debt. When asked how respondents approached paying their student loans prior to the forbearance in March 2020, 70% of males made at least their required minimum monthly loan payments, while only half (54%) of females said the same. Additionally, nearly two in five females (37%) reported having either struggled or been unable to make their required minimum monthly loan payment prior to the forbearance, compared to only one in four males (26%) in the same situation.

Gender also played a consistent role in determining oneâs ability to pay off student loans during the period of student loan forbearance. More than half of females (55%) stopped making loan payments during this time, versus 36% of males who stopped.

It was beyond the scope of our survey to fully explore the differences in repayment ability across genders, but the findings clearly point to important planning discussions which Financial Advisors should have with clients who are carrying student loans. Open conversations about the amount of debt, repayment schedules, consolidation and/or refinancing options can help in creating a plan to manage debt before it becomes a problem. Failure to actively engage in these critical discussions creates a financial blind spot which could prove hazardous in the future. Through the planning process, Advisors can help create a roadmap to not only show how but when the loans will be paid off. This clarity can help clients build confidence that their financial goals can be achieved.

There has been much talk on Capitol Hill regarding potential sweeping student loan forgiveness. While certain narrow constituencies and groups have been granted loan forgiveness, most students have not...

An encouraging finding in the survey showed that taking on student loan debt is mostly accompanied by some financial planning (i.e., establishing a budget, applying for loan forgiveness) to ensure that the debt can be retired in a timely fashion. Only one in ten males and one in five females are not taking any financial planning measures to help pay off their student loan debt. That said, 38% of males surveyed keep to a weekly or monthly budget, versus only 24% of females. Nearly a third (32%) of male respondents noted they make extra loan payments when possible, while less than a quarter (23%) of female respondents said the same.

Based upon these findings, Financial Advisors should proactively engage in conversations with their clients and families who carry or might carry student loan debt. All too often this is a topic which is simply taken for granted and not integrated as part of a familyâs overall financial plan. Numerous studies emphasize the importance of higher education for ensuring future financial success. Financial Advisors who engage in these planning conversations with families and their children can assist in developing a roadmap to repayment and also explore potential consolidation or refinancing options. Having these ongoing conversations as an integral part of the planning process can help give families and their students, both male and female, confidence that they will be able to repay their loans and prevent the overhang of student loan debt weighing down their early career plans.

Another fascinating result from the survey involved a notable disparity across generations in how they are using basic financial planning techniques to manage and pay off their loans. Most respondents who had student loan debt between the ages 45-54 and 55-65, claimed they did not take any financial planning measures to pay off their loans. This far surpassed the only 1% of respondents between the ages of 18-24 who answered this way. Rather, this latter generation cited that they are taking financial planning measures, such as sticking to a weekly/monthly budget (48%), making extra payments when possible (32%), and using âfoundâ money to make extra payments (28%). It is possible that younger borrowers understand that they have more limited means, and therefore, take a more proactive approach to addressing and managing their debt. By contrast, as older borrowers progress in their careers and gradually accumulate more assets and savings, it is possible they do not feel the same urgency to implement specific planning techniques to manage their debt.

Regardless of the reasons behind individualsâ ability and approach to loan payments, Financial Advisors have an opportunity to actively engage in discussions with clients of all ages and genders to help them better understand and plan around both their assets and their liabilities. Left unaddressed, debt service can grow to be a very sizeable recurring expense and may even eventually erode a familyâs hard-earned savings. Many Advisors fail to address this critical part of financial planning by spending most of their time focused on the asset side of their clientâs balance sheet. By openly including liability management as a key part of the financial planning process, Advisors can help their clients create a debt management plan which can help retire debt sooner and potentially with less total expense.