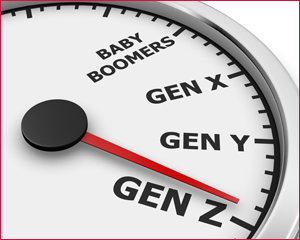 TORONTO, May 10, 2018 /CNW/ – Franklin Templeton Investments Canada today released its 2018 Retirement Income Strategies and Expectations (RISE) survey, which found that the often overlooked generation X is struggling to save for retirement.

This reliance on retiring later is concerning as nearly a quarter of North American retirees actually retired earlier due to circumstances beyond their control, like health issues and company downsizing (23 per cent in Canada and 22 per cent in the US).

“With the rising cost of livingâcoupled with school-aged children, their own student loans or aging parents to attend toâgeneration X is being stretched beyond their financial limits in many cases, which hasn’t left much room for contributions to their retirement savings,” said Duane Green, president and CEO, Franklin Templeton Investments Canada. “This reinforces the importance of financial planning advice that takes retirement savings into account and incorporates tools like setting up automatic contributionsâwith whatever you can afford, when you can afford itâto help ensure you are better prepared for the future.”

“With not enough income, high expenses and large consumer and mortgage debt loads, generation X is struggling to save. This may have been the case for some baby boomers, but their saving grace was that some were able to sell in a high-flying housing market and many had pensions,” said Matthew Williams, senior vice president, Franklin Templeton Investments Canada. “Generation X may not be as lucky given they have hefty mortgages that they can barely affordâespecially if interest rates increaseâand some do not even have home equity as they are renting.”

Yet, even with an ability to rely on housing market gains in many cases, it is still shocking that one-fifth (20 per cent) of pre-retiree baby boomers have saved nothing for retirement. This could be why nearly three quarters (74 per cent) of them are stressed and anxious about their retirement savings and investments.

For millennials, lifestyle also ranks as the top concern for over a quarter (27 per cent) of them and paying off debt (22 per cent) is their second highest worry.

One aspect that holds true across generations is the correlation between working with a financial advisor and saving more for retirement. Canadians who are not retired and have an advisor are three times more likely to have saved over $100,000 for retirement, than those who currently do not have one (49 per cent versus 16 per cent).

When asked if they have a strategy to generate income for retirement that could last thirty years or more, those with an advisor are over twice as likely to have a strategy compared to those who have never had advice (72 per cent versus 32 per cent).

With not enough income, high expenses and large consumer and mortgage debt loads, generation X is struggling to save

Retired versus not retired

Methodology
The 2018 Franklin Templeton Investments’ Retirement Income Strategies and Expectations (RISE) survey was conducted online among a sample of 2,009 Canadians and 2,002 Americans. The survey was administered from January 17 to January 28, 2018, by ORC International’s Online CARAVANÂ®, which is not affiliated with Franklin Templeton Investments. Data is statistically weighted by age, gender and geographic region in Canada and age, gender, geographic region, education and race in the U.S. The custom-designed weighting program assigns a weighting factor to the data based on current population statistics from the US Census Bureau and Statistics Canada. Generational groups in this release are defined as: millennials (ages 18 â 36), generation X (ages 37 â 52), baby boomers (ages 53 â 71) and the silent generation (ages 72 â 88).