Financial Capability In The U.S. 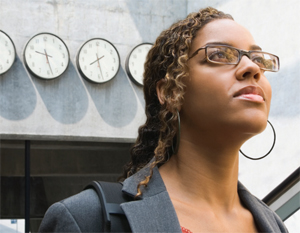 The U.S. economy has grown slowly but steadily over the six years since the first National Financial CapabilityÂ Study (NFCS) was conducted in 2009. And in the three years since the 2012 NFCS, the private sector has addedÂ jobs at an average rate of about 200,000 per month. At the time of the fielding of the current NFCS, whichÂ took place from June through October of 2015, unemployment and inflation were both low by historicalÂ standards. Meanwhile, the U.S. stock market reached new highs in mid-2015 while interest rates remainedÂ generally low.

Against this relatively positive economic background, it is not surprising that the 2015 NFCS shows evidenceÂ of diminished financial stress and improved financial satisfaction among American adults in comparison toÂ the 2012 and 2009 studies. For example, the percentage of Americans who find it difficult to make ends meetÂ has declined, as has the number of homeowners whose home values are âunderwaterâ (i.e., worth less thanÂ they owe in mortgage debt).

Wealth and income inequality in the United States, however, is at an extreme not seen since before WorldÂ War II.1Â Because of this, it is necessary to look beyond the mean statistics in order to understand the completeÂ picture of Americansâ financial status. While many Americans are benefiting from the economic recovery ofÂ recent years, real median household income is still catching up to its pre-recession level. The 2015 NFCS showsÂ that large segments of society continue to face financial difficulties, particularly minority populations andÂ those without a college education.

While many Americans are benefiting from the economic recovery ofÂ recent years, real median household income is still catching up to its pre-recession level

Financial capability is a multi-dimensional concept that encompasses a combination of knowledge, resources,Â access, and habits. The NFCS is designed to understand and measure a rich, connected set of perceptions,Â attitudes, experiences, and behaviors across a large, diverse sample in order to provide a comprehensiveÂ analysis. As with previous waves, the 2015 NFCS has been updated to include questions on additional topicsÂ that are relevant today, such as student loans and medical costs, while maintaining key measures to enableÂ tracking comparisons over time.

Drawing on data from the 2015, 2012, and 2009 NFCS State-by-State Surveys, each of which were nationwideÂ online surveys of more than 25,000 American adults2Â , this report3Â focuses on the following four keyÂ components of financial capability:

Consistent with previous years, the 2015 NFCS finds that measures of financial capability continue to beÂ much lower among younger Americans, those with household incomes below $25,000 per year, and thoseÂ with no post-secondary educational experience. African-Americans and Hispanics, who are disproportionatelyÂ represented among these demographic segments, also show signs of lower financial capability, making themÂ more vulnerable.

A copy of this summary and the full report can be found on www.USFinancialCapability.org or by calling (202) 728-6964.