Gen-Y & The Cost of the American Dream

Millennials generally optimistic for the future 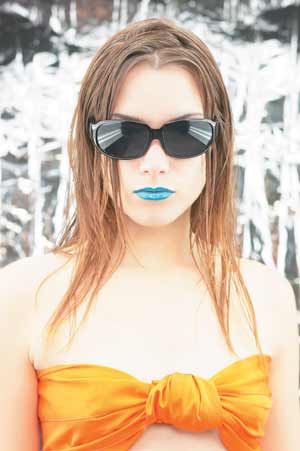 (Des Moines, Iowa) â With financial security as passion number one and saving for retirement topping the list of financial goals, Gen Y workers are making plans for a brighter financial future according to new research from the Principal Financial GroupÂ®.

When setting financial goals, saving for retirement came out on top for millennial workers (63 percent) followed by paying off student loans (48 percent) and paying down credit card debt (42 percent). These younger workers report taking action and positive strides towards making their goals a reality. Eighty percent say they have a monthly budget and two-thirds have established an emergency savings fund.

The Principal Knowledge Center surveyed retirement plan participants ages 18-34 as part of a company initiative, which focuses specifically on this generational segment.

âMillennial workers are clearly growing up and taking responsibility with a passion and keen focus on their financial future. As the second largest generation to the boomers and in control of more than $10 trillion in assets, these workers have very quickly become an important group to watch,â said Greg Burrows, senior vice president of retirement and investor services for The PrincipalÂ®. âThis generation has seen parents cope with the recession and the impact of not saving enough. Based on those experiences, they are realistic about the challenges ahead, but optimistic because they plan to take charge of their own retirement nest egg.â

The majority of millennials (58 percent) say Social Security benefits will no longer exist by the time they reach retirement age, while another quarter of those surveyed believe Social Security will be around but with reduced benefits. Even without the help of the government, Gen Y workers (79 percent) feel confident they will be better off financially when they reach their parentsâ current age.

Almost two-thirds (65 percent) of those responding began saving for retirement at age 25, yet even by starting early, nearly two-thirds (63 percent) plan to retire after age 65. Another quarter (22 percent) plan on retiring between ages 60-65. Even though they have started early, nearly half of those responding (44 percent) have not calculated the amount of money needed to retire or do not have a set goal. For those with a set goal, over a third (34 percent) want to save $1 million or more.

âWhile there seems to be a general sense that our generation isnât being realistic about their financial future, this research shows we are savvy when it comes to money and investing. Weâve started saving earlier than past generations and recognize we may need to work longer in order to meet our financial goals,â said Jase Johnson, voice of the young consumer senior businesses strategist for The Principal. âOne way for Gen Y to stay on track is by creating a financial plan and a calculated retirement income and savings goal.â

Putting a Price on American Dream

As the second largest generation to the boomers and in control of more than $10 trillion in assets, these workers have very quickly become an important group to watch

In order to achieve the American Dream, Gen Y workers estimate it will cost $3.1 million in todayâs dollars. According to Gen Y workers, their version of the American Dream includes being financially secure (77 percent), having freedom (64 percent) and owning their own home (63 percent). Financial independence, marriage, and children top their list of dreams, followed by having a career and starting a family.

For more research, analysis and insights, visit The Principal Knowledge Center and connect with us on Twitter at http://twitter.com/ThePrincipal. Know more now.