Gen X: Only 1 in 3 Will Reach Long-Term Financial Goals 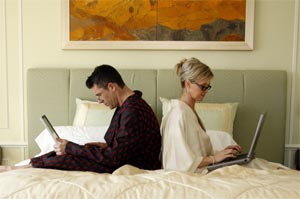 SAN JOSE, Calif., July 13, 2017 /PRNewswire/ —Â FICO’s latest consumer finance trend research has revealed that only 32 percent of consumers aged 38-52, known as Generation X, are confident they will reach their long-term financial goals. Generation X also said that they were concerned about debt and saving, with 41 percent feeling the need to save more for the future, while 26 percent said they were concerned about the amount of debt they have.

“Generation X are clearly concerned about what the future might hold,” said Tim Van Tassel, vice president of FICO’s credit lifecycle business line. “The survey confirms genuine anxiety about debt and saving levels in the aftermath of the 2008 recession. The ‘sandwich generation’ is often financially overwhelmed by the competing obligations of having to care for both kids and aging parents. This obstacle to saving means they have a real concern about a potential retirement income shortfall.”

This was borne out by the survey, where Generation X were the least confident of reaching long-term financial goals (32 percent); this was a stark contrast to older Millennials (45 percent), younger Millennials (46 percent) or even Boomers (36 percent), who were more hopeful.

However, against this reality, there has been a shift in attitudes from a year ago for Gen X. Only 18 percent say they are interested in getting assistance to help manage debt, down from 24 percent in the last survey. Plus, there has been a significant drop in those concerned about the amount of debt they have. Only 26 percent are concerned today, compared to 36 percent in last year’s survey.

FICO’s own analysis of the FICO Score for Generation X shows quite a few are determined to improve their financial standing. Over the last year, as the US economy has continued to improve, 29 percent of Gen Xers have increased their FICO Score by 20 points or more. This is almost 10 percent more than the total population.

Numerous people... were struggling with a drop in real income levels along with high credit card debt

“A core group of Gen X are paying down debt and improving their position,” said Van Tassel. “However this is a struggle for many people in this group. Numerous people in the survey said they were struggling with a drop in real income levels along with high credit card debt. Simple customer engagement strategies focused on cross-selling additional products aren’t going to be effective with these consumers. They want intelligent, personalized recommendations that will help them meaningfully improve their financial security.”

The survey also showed that Gen X had the highest dissatisfaction rates for their primary bank at 12 percent. Negative customer experiences (67 percent) and fees (72 percent) are the top factors that will see a Gen X consumer switch banks.

“It’s important that lenders look at how they engage Generation X across the credit lifecycle,” said Van Tassel. “For financial institutions, the task is to try to banish apathy. Present them with financial products and solutions that build trust and help them navigate issues like debt before a competitor does. We are seeing the industry’s innovators using analytics to create appealing offerings that are tailored to the customer, allowing them to build repeat business and reduce churn.”

FICO commissioned an online survey of about 1,000 US consumers over the age of 17 in February and March 2017. Data was weighted by age and region to reflect U.S. Census data.

FICO (NYSE: FICO) powers decisions that help people and businesses around the world prosper. Founded in 1956 and based in Silicon Valley, the company is a pioneer in the use of predictive analytics and data science to improve operational decisions. FICO holds more than 170 US and foreign patents on technologies that increase profitability, customer satisfaction and growth for businesses in financial services, telecommunications, health care, retail and many other industries. Using FICO solutions, businesses in more than 100 countries do everything from protecting 2.6 billion payment cards from fraud, to helping people get credit, to ensuring that millions of airplanes and rental cars are in the right place at the right time. Learn more at http://www.fico.com.